This is part four of a series on WHEAT—an acronym to describe the Beautiful Gospel in a way that parallels the TULIP of Calvinism, the DAISY of Arminianism, and the ROSES of Molinism. See the previous articles if you haven’t already.

The TULIP of Calvinism begins its theology with the idea that all humans are totally depraved in every area. The ROSES of Molinism is just barely softer, asserting that humans are radically depraved, if not totally. And Arminianism (if following DAISY) is a little softer yet, suggesting a diminished depravity for humans (though the Arminian FACTS actually agrees with TULIP on total depravity).

Degrees of depravity aside, the first point from each of these theological flowers implies the same two things about humanity. Though they may not say so outright, their focus suggests that 1) our depravity is the most important thing we need to understand about ourselves, and 2) our depravity is the first thing God sees when he looks at us in our fallen state.

This is not only a pessimistic view of the state of humanity, but also a disastrous view of the character of God. I would propose that we instead start with the reality that we are wounded children.

We are all God’s children

It is crucial for us to understand that all humans are God’s children in the truest sense. When God looks at us, he sees not depraved creatures, but his own beloved children. I’m amazed by how controversial this is, yet many people claim that only Christians are God’s children—that we only become God’s children once we believe in Jesus. So let’s take a look at these competing ideas.

Since the Beautiful Gospel is based on the foundational belief that God is perfectly revealed in Jesus, we’ll want start with what Jesus has to say about God. And Jesus, all throughout his teachings, continually refers to God as “Father”—not just as his Father, but as “our Father” and “your Father”—even when he is speaking to those who do not believe in him.

For one example, when Jesus explicitly says, “You have one Father—the one in heaven,” his audience includes the Sadducees and Pharisees who had gathered to test him (Matthew 23:9, NRSV). And for another, Jesus teaches, “Be merciful, just as your Father is merciful,” right after speaking a list of “woes” to portions of his audience (Luke 6:36, NRSV).

Let’s not miss this. In both of these instances, Jesus is speaking to people who actively rejected him, and he is telling them that God is their Father—not potentially their Father some day, but actually their Father right then and there.

For indeed, God created us in his own image. What would that make us if not his children? We must all have a father, and if that father is not God, then it must be some other creator (which would be heresy).

Paul also teaches that we are all God’s children. Speaking to the Athenians, he affirms the saying of the poets that “we too are his offspring” (Acts 17:28–29, NRSV). And he later states that “there is one God, the Father, from whom are all things” (1 Corinthians 8:6, NRSV). And again, “I bow my knees before the Father, from whom every family in heaven and on earth takes its name” (Ephesians 3:14–15, NRSV). And finally, there is “one God and Father of all, who is above all and through all and in all” (Ephesians 4:6, NRSV).

Children of the devil?

So why the controversy? It comes from a handful of verses that seem, at first glance, to contradict this idea. For example, Jesus once said, “If God were your Father, you would love me, for I came from God and now I am here. … You are from your father the devil, and you choose to do your father’s desires” (John 8:42–44, NRSV).

If we were to take these words of Jesus literally and at face value, they would contradict the other words of Jesus that we discussed earlier. So what reason do we have to say that this one passage should invalidate his other teachings? If one must indeed contradict the other, then why not rather say that Jesus’ other teachings—the ones that affirm God as Father of all—invalidate this passage?

But I don’t believe there is a contradiction. While Jesus elsewhere teaches that all people truly are God’s children, he here uses rhetoric to describe how these people are living—as if the devil, rather than God, were their father.

Such people have, for all intents and purposes, rejected God as their Father. They have taken their inheritance early, left their true Father, and made themselves figuratively children of the devil. But they could never literally make themselves anything other than what they are—God’s children. And what is God’s disposition toward his children? Only love, forgiveness, and a desire for reconciliation, as Jesus’ parable of the “prodigal son” also teaches (Luke 15:11–32).

While a few other verses in the New Testament use similar figurative rhetoric, one additional concept has caused confusion. In Romans 8:15, Paul says that you have received a spirit of huiothesias; Galatians 4:5 similarly speaks of how we might receive the huiothesian; and Ephesians 1:5 speaks of how God destined us to huiothesian. In each case, many English translations (though not all of them) render the Greek word in question as “adoption,” leading to a widespread belief that humans are not born as God’s children, but are rather adopted as such.

Again, we must first realize that if this is the literal sense of the word, then it contradicts the teaching found elsewhere (including in the rest of the Pauline corpus, and even within the the letter to the Ephesians itself) that all humans are indeed the children of God by nature, rather than by adoption. However, I again do not believe that such a contradiction is actually present.

The problem lies with the translational choice to render the Greek word as “adoption.” The intended concept isn’t that we may become God’s children who were not his children previously, but rather that our full status as children of God may be realized. We prodigals may return to our Father and enjoy the blessings that are already rightfully ours as his children.

We are wounded children

All of this means that when God looks at us, even in our fallen state, the first thing he sees is that we are his children. Let me make this more personal. When God looks at you, no matter who you are or what you may have done, God sees his precious child. And like any good parent, God loves you exactly as you are, simply for being his child.

But we, God’s children, are wounded. Rather than living in the love to which our Father has called us, we have so often chosen to live in fear and pride and selfishness. This is what we call “sin.” Our sin causes great harm to ourselves, to other people, and to the rest of creation around us.

No good parent is unaffected by the suffering of their children. God is grieved to see such harm come to us. His desire is not to punish us for sin—sin is its own punishment. Sin pays its own wages by bringing about death (Romans 6:23). What good would it do for God to add greater pain on top of the suffering we have already inflicted on ourselves? Rather, God’s desire is to heal us from our sin. He wants to restore the relationships we have broken and help us live in love as we were created to do. Ultimately, he wants to free us from our cycle of death, and bring us into life.

To do this, God had to become one of us. And we will examine this further in the next point of WHEAT—“human solidarity.” 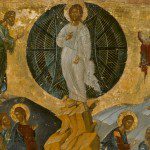 May 16, 2017
The God Jesus Reveals (The Beautiful Gospel of WHEAT)
Next Post 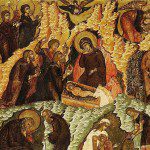 May 21, 2017 Human Solidarity (The Beautiful Gospel of WHEAT)
Recent Comments
4 Comments | Leave a Comment
"Do you really think we've seen that masks prevented anything? And clearly the vaccine doesn't ..."
Jesse H It Isn’t Scapegoating if You’re Guilty
"Masks and vaccines save lives? You are aware now that Pfizer admitted they had done ..."
Jesse H It Isn’t Scapegoating if You’re Guilty
"Good! I absolutely do not want conspiracy-theorist liars following me. Please stay far, far away. ..."
Chuck McKnight How Much Has Changed
"The only people killed in the 'insurrection' were killed by the government police. I don't ..."
Jean Clink How Much Has Changed
Browse Our Archives
Related posts from Hippie Heretic