The Beautiful Gospel of WHEAT (Not TULIP, DAISY, or ROSES)

Acronyms—love ’em or hate ’em. They may be cheesy, but they work. They can summarize complex concepts and make them easy to remember and repeat.

In the realm of Christian theology, perhaps no other acronym is as well known as the infamous TULIP, which aims to describe the “five points of Calvinism.” In response to TULIP, others have come up with DAISY to describe Arminianism and ROSES to describe Molinism.

The explanation of these acronyms can sometimes vary (especially for the latter two), but for our purposes, I’m going to follow the versions summarized by Aaron Earls in his post, “Theological Flower Bed: TULIP, DAISY & ROSES.”

T: Total depravity – Every facet of every person everywhere has been marred by sin.
U: Unconditional election – God chooses those to be saved based solely on His will.
L: Limited atonement – Christ died only for those who are elect.
I: Irresistible grace – The elect cannot resist God’s call to salvation.
P: Perseverance of the saints – The elect cannot lose their salvation.

D: Diminished depravity – Humanity is depraved, but God uses prevenient grace to restore man’s ability to respond to Him.
A: Abrogated election – God bases His election on His foreknowledge of those who freely choose Him.
I: Impersonal atonement – Christ died for everyone, making salvation possible for everyone.
S: Sedentary grace – God calls everyone to salvation, but many freely reject it.
Y: Yieldable justification – The saved can fall from grace and lose their salvation.

R: Radical depravity – Every aspect of humanity is depraved, but we are not always as bad as we could be.
O: Overcoming grace – God’s grace is persistent in the life of the believer, but it can be resisted.
S: Sovereign election – God desires the salvation of all, but our salvation is based on His choice not ours.
E: Eternal life – God grants believers eternal security in their salvation.
S: Singular redemption – Christ died sufficiently for all people, but efficiently only for the saved.

These are great tools if you happen to agree with one of the above systems. But I don’t. I think they all fall short of the gospel taught by Jesus, the Apostles, and the Early Church Fathers.

I don’t know of a specific name for the view I hold (because unlike Calvinism, Arminianism, or Molinism, it is not attached to the name of any one individual apart from Jesus), but one of the earliest and clearest expositions thereof (after the New Testament teaching itself) is found in Athanasius’ On the Incarnation of the Word, written in the early fourth century. More recently, Benjamin Myers has given a fantastic talk explaining this viewpoint, which he calls the “Patristic Atonement Model”—the predominant understanding of the early church. This is also (as far as I understand it) essentially what the Eastern Orthodox Church has always maintained.

Much of this belief is also reflected the writings of George MacDonald—particularly in his sermon titled “Justice”—though he carefully avoided systematizing his beliefs. You’ll find a simplified visual presentation in what’s called the “Gospel in Chairs,” which originated with Orthodox priest Father Anthony Carbo and has been repeated by non-Orthodox believers such as Brian Zahnd. And you’ll also find it in Brad Jersak’s popular book, A More Christlike God: A More Beautiful Gospel.

All that to say, this way of understanding the gospel is ancient and well established. (It’s hardly something I came up with on my own, in other words.) But since it doesn’t have a standardized name (that I know of), I’m going to borrow a name from Brad Jersak’s subtitle (which he tells me originated with Brian Zahnd) and refer to it as the “Beautiful Gospel.” That’s what I believe it is—the truly good news in all of its beauty, without any of the ugly distortions attached to these other systems.

As I said, the Beautiful Gospel in no way originates with me. I would merely like to contribute an acronym that summarizes the theology of the Beautiful Gospel in a way that is easy to remember and repeat. While the above sources (and many others like them) are wonderful ways to learn about the Beautiful Gospel, I want to offer WHEAT as a means of succinct explanation, compared and contrasted with TULIP and the other systems mentioned, and not requiring any props or a stage.

Why WHEAT? Why not a flower? The most basic answer is that WHEAT happens to work better than any flower name as an acronym to explain the Beautiful Gospel. But WHEAT also has the benefit of being a plant frequently used in biblical imagery. (You won’t find a single TULIP in scripture.) While I could point to any number of examples, perhaps the one most pertinent to the Beautiful Gospel is John 12:23–24:

Jesus answered them, “The hour has come for the Son of Man to be glorified. Very truly, I tell you, unless a grain of wheat falls into the earth and dies, it remains just a single grain; but if it dies, it bears much fruit. (John 12:23–24, NRSV)

One more thing needs to be said before summarizing the points of WHEAT itself. Though this will not be one of the points (as WHEAT is meant to parallel TULIP), it is actually the foundation behind all of the points. This is the very reason that WHEAT differs so strongly from TULIP, DAISY, and ROSES. The Beautiful Gospel is based on the foundational belief that God is perfectly revealed in Jesus. Or as Brian Zahnd so poetically puts it, “God is like Jesus. God has always been like Jesus. There has never been a time when God was not like Jesus. We have not always known what God is like—but now we do.”

With all that having been said, here is WHEAT:

God does not view us as depraved creatures. We are God’s children, and he views us as any good parent would their children. God’s desire is not to punish us for sin, but to heal the wounds our sin causes.

We are not merely individuals. Humanity stands or falls together as a whole. By becoming human, Jesus entered into solidarity with the whole human race. With his death, all of humanity died, and with his resurrection, all of humanity gained new life.

God has never needed to be reconciled to us. It is we who have turned away from him, and God’s desire is to reconcile all of creation to himself and to each other. He has done, is doing, and will continue to do everything possible to bring about our reconciliation.

God’s grace is not coercive or manipulative, and it does not override our free will. It is, however, constantly poured out in full measure on all of creation. Though every individual receives God’s grace, some choose to resist, placing themselves at odds with the intended state of humanity.

Salvation is neither an irreversible decision nor a status that can be lost. Rather, salvation is a process with some steps taken forward and some taken backward. In as much as we simply submit to God’s love, we are continually transformed into his image.

I hope you find the above summary to be a helpful tool for explaining the Beautiful Gospel. Over the next few weeks, I will be examining and defending each point in greater detail.

Be sure to subscribe (if you haven’t already) in order to keep up with this series as we progress through the points. Use the subscription form at the upper right of this page. 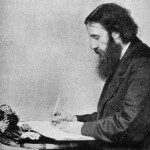 May 4, 2017
Was George MacDonald an Open Theist?
Next Post 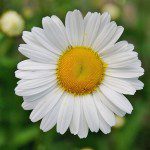 May 11, 2017 A Clarification on DAISY, Plus a Few Other Acronyms
Recent Comments
27 Comments | Leave a Comment
"Yeah, and bankers never suffer the consequences of their bad decisions that led to the ..."
Medalcollector Jesus Was a Socialist
"Masks in general don't work ... They don't work to prevent caterpillar-damage to garden plants. ..."
San_Ban It Isn’t Scapegoating if You’re Guilty
"The largest employer in America just declared $514B in revenue on 2/19/19 while 15% of ..."
Michael Wilson Jesus Was a Socialist
"The other countries that Venezuela is selling its fuel to is largely America. Venezuela has ..."
Michael Wilson Jesus Was a Socialist
Browse Our Archives
Related posts from Hippie Heretic