What Defines a Heretic? Am I One? 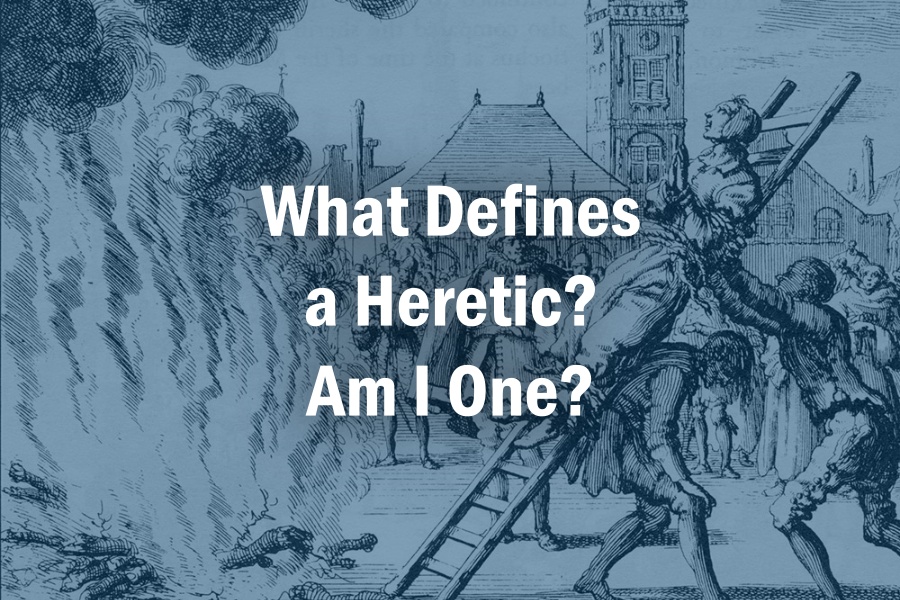 Biblically speaking, the word heretic comes from the Greek hairetikon, meaning “divisive” (Titus 3:10). A heretic is one who purposes to create disunity, fragmenting the church. In this sense, I am not a heretic. My heart’s desire is to see the church fully united once more. This is one of the key driving factors that motivates everything I do. I hate disunity with a passion.

Though I align myself most closely with the Anabaptists, I do so with the full acknowledgement that they are just one tradition within the whole of Christ’s beautiful universal church. I long for the day when Anabaptists, Eastern Orthodox, Roman Catholics, Protestants, and all the rest will sit together around one common table—when we will together break bread and drink wine in memory of our Savior, without stopping to worry about how our brothers and sisters may happen to understand the sacrament.

Historically speaking, a heretic may be defined as one who denies the creeds of Christianity—namely the Apostles’ Creed or the Nicene Creed. By this definition, I am also not a heretic, as I fully affirm them both (though I side with the Eastern Orthodox regarding the filioque controversy).

Moving a step further, some would define a heretic as a person who holds to any one of a rather large list of heresies condemned by church councils since those initial historic creeds. But here we run into some problems.

For one thing, to condemn all these as heresies would be to condemn nearly all Protestants as heretics. I’m not willing to do that.

For another thing, Nicea marked the beginning of the Christendom era of the church. For nearly 300 years, the earliest Christians unanimously opposed the use of violence, but this all changed when the church and state became fused. Ever since Constantine supposedly became a Christian, the church has entered into an unholy alliance with the state and its sword. Some of the greatest travesties in human history have come about through this union—crusades, inquisitions, and the like.

That’s not to say that the church became wholly and irredeemably corrupt; nor is it to say that the historic church has nothing to teach us from this point forward. But it is to say that I have a hard time treating any later councils as authoritative, given Christendom’s compromised state of union with empire. Even the First Council of Nicea is a struggle for me due to Constantine’s influence. Yet the church’s findings there seem to have still been based on the historic faith, rather than on any corruption brought about by the state.

Yet another way to define a heretic is based solely on the theological whims of the accuser. Such accusations these days seem to come mostly from fundamentalists and conservative evangelicals. Accusations of heresy are thrown around with nary a creed nor council to back them up, but merely a private interpretation of Scripture. It is in this manner that I am frequently called a heretic.

Thankfully, fellow Christians are no longer killing each other for this today, though that was not the case during the time of the Protestant Reformation. Nearly every branch of Western Christianity—Roman Catholics and all manner of Protestants alike—were killing one another as heretics. The Anabaptists, though condemned and persecuted from all sides, were the only ones who kept their hands free from bloodshed.1 And this is one of the many reasons I align myself with them.

Though Anabaptists are no longer condemned as heretics by most modern denominations, they did bear that title historically. And so, if being an Anabaptist makes one a heretic, then I am not ashamed to bear that name either.

Finally, I should note that up until now I’ve been discussing Christian heresies. But it’s worth remembering that Christianity itself was considered a heresy when it first came on the scene (Acts 24:14, KJV). Indeed, the way of following Jesus is a heresy compared to the world’s way of doing things. And in this sense, more than any other, I will proudly count myself a heretic—a hippie heretic. 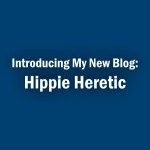 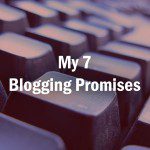 December 2, 2015 My 7 Blogging Promises
Recent Comments
13 Comments | Leave a Comment
"Hi Chuck ... I know I'm late to the party, but what you have written ..."
Dan Martin Yes, Metaxas, Racism Is Still Wrong ..."
"Hey Chuck, new reader, but just wanted to add my belated 'attaboy' to this post. ..."
Dan Martin It Isn’t Scapegoating if You’re Guilty
"Too late. 50 years of killing the unborn is over."
Bob Shiloh It Isn’t Scapegoating if You’re Guilty
"I do like the idea of ancient councils and creeds being like a home we ..."
KraigDeKompressorKruncha Why I Value Christian “Orthodoxy”
Browse Our Archives
Related posts from Hippie Heretic