Holy sites come in many different forms. On our trip to Wyoming past summer, I visited one of the more unexpected sacred sites I’ve come across: Heart Mountain Interpretive Center, built on the site of a Japanese American internment camp during World War II.

This beautifully designed museum, which opened in 2011, documents the lives of the more than 14,000 people who lived here between 1942 and 1945. Its evocative exhibits tell their stories through photographs, memorabilia, and interviews. By the time you exit the museum, you feel like you’ve become friends with these people. I remember that after we left, Bob and I drove in silence for quite some time, trying to absorb what we had experienced.

If the definition of a holy site is a place that makes you ponder your deepest values, then Heart Mountain is sacred indeed.

This was one of ten camps created by President Franklin Roosevelt in the aftermath of the Japanese attack on Pearl Harbor. The fear was that Japanese Americans on the West Coast posed a security threat to the U.S.

The internees, who ranged in age from newborns to 90-year-olds, were given only a few days to dispose of their possessions and homes. Each was allowed to take just 100 pounds or what they could carry. Coming from the West Coast, they had no experience in dealing with the bitter cold of Wyoming winters, when the temperatures can drop to 20 below zero with heavy snow.

“This museum records the terrible injustice that was done to these people, ” says Brian Liesinger, executive director of Heart Mountain Interpretive Center. “By telling this story, we hope to help keep this kind of injustice from happening again.”

During World War II, this remote site between Powell and Cody became the third-largest population center in Wyoming. Ringed by barbed wire, its 740 acres had 650 buildings, including more than 400 barracks. Even under these harsh conditions, its residents managed to create a fully functioning small city, with schools, a hospital, a newspaper, and many civic organizations. There were dances, literature clubs, sporting groups, and classes in art, flower arranging, and English. The George Igawa Orchestra, a big band, played events in the surrounding towns as well as in the camp.

The museum chronicles the mixed reactions of Wyoming residents to the camp. Many in the surrounding area were fearful, wondering why Japanese Americans the government considered dangerous were housed here. But there were also people who reached out to camp residents in friendship, including residents from Lovell, a largely Mormon town, and members of local churches, particularly the Catholics and Episcopalians.

One of the most interesting stories recorded in the museum concerns the agricultural practices of the residents. Food shortages plagued the camp in its early years, and so they were granted permission to grow their own food. The 1,100 acres on which crops were grown became among the most fruitful in the state because of the extensive horticultural knowledge of many of the Japanese Americans. Local ranchers and farmers were amazed to see how productive their gardens were, with 40 different crops being raised.

Nearly 400 of the men who lived at Heart Mountain, ironically, went on to serve in the military. A few volunteered; the rest were drafted, going from being a prisoner of the U.S. government to a soldier fighting for it.

When the camp was disbanded in November of 1945, its residents were given $25 and a rail pass to the destination of their choice. Many returned home to find their jobs, businesses, and homes were lost to them and that they had to start over from scratch.

The first reunion of Heart Mountain detainees was held in 1982. Each year another gathering is held, though the number of original residents of the camp is dwindling. Now their children and grandchildren come to honor their memories. Local residents come as well, for many have formed bonds with those who once lived in the camp. Local farmers say to former residents: “You showed us what could be done on this land.”

In 1988, Congress passed an act that apologized on behalf of the nation for what was done to people of Japanese ancestry during World War II. Redress payments of $20,000 were given to those who had been imprisoned, but more important to many of the detainees was the acknowledgment that a deep wrong that had been committed. A government commission concluded that the internment of Japanese Americans during World War II was not justified by military necessity, but instead was based on prejudice, war hysteria, and a failure of political leadership.

The final exhibit in the museum says that after the attacks of September 11, members of the Japanese American community were among the first to speak out in support of Arab Americans and Muslim Americans:  “It is more crucial than ever to guard against ignorance and to uphold the American commitment to law and justice. We must remind the younger generations of what happened to us, to ensure that such injustices will never affect another group of Americans.”

When I asked Brian Liesinger about whether this was a spiritual site, he enthusiastically agreed. “I say this in part because of how people react to this place,” he says. “People are very moved by the museum. But I think it’s also interesting that Heart Mountain was considered sacred by the Crow Indians even before the Japanese Americans arrived. The peak is called Heart Mountain because it’s shaped like the heart of a buffalo. And when  Japanese Americans saw the mountain at a distance from inside the camp, they viewed it as a symbol of hope and strength.”

The final room of the museum is pictured below. It is a place for contemplation of Heart Mountain, past and present, and for prayers that what happened here will not happen again. 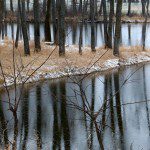 February 3, 2016
The Inner Pilgrimage of the Mystics
Next Post 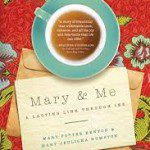 February 11, 2016 Mary & Me: A Lasting Link Through Ink
Recent Comments
0 | Leave a Comment
Browse Our Archives
get the latest updates from
Holy Rover
and the Patheos
New Visions
Channel
POPULAR AT PATHEOS New Visions
1

Insights from the Toltec Prophecies: 2021-2026
Wake Up Call
Related posts from Holy Rover 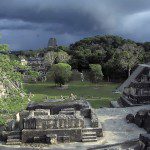 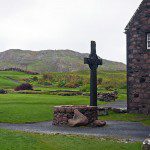