Mark 16: The Alternative Ending of Mark

Mark 16 has long been a problem for New Testament readers. Why? It has two endings.

The usual English ending includes drinking poison and preaching the gospel to every creature (even animals?). The shorter ending is quite abrupt, leaving no resurrection appearances like the other three gospels, only an empty tomb.

So which is it? The Byzantine tradition typically includes the longer ending, which was the Greek picked up by Erasmus and used in early English Bibles, including the King James Version. But the earliest manuscripts, including our earliest Greek Bible called Codex Sinaiticus, do not include the longer ending. In fact, it is some centuries after Mark was written that we first find a longer ending. Those who have researched this in depth typically conclude the evidence favors the shorter ending as the earliest ending.

The question, then, is, “Why was it changed?” As early as the second century, there were attempts by some to harmonize the four Gospels into one. Along the way, those who made copies sometimes, intentionally or unintentionally, made a spot in one gospel match a spot in the other. At some point, this harmonizing likely led someone to add some words to Mark to make the resurrection and Great Commission part sound more like the other three. Once this ending made it into one copy, others found it a nicer wrap up that matched the other gospels. Now, nearly two thousand years, later we’re debating which ending was original.

I for one would suggest translators add a warning label to the end of Mark that says: “WARNING: Don’t drink poison as a Christian and think you’ll be okay. That part probably came later and isn’t what Jesus had in mind.”

I’m having a bit of fun here, but don’t for a moment think I don’t believe the Bible is inspired or that it has been corrupted beyond comprehension. This is the biggest “add-on” in the New Testament and one Greek scholars have been aware of for centuries.

This alternative ending of Mark, however, reveals the need for good biblical scholarship even in our time. We must live our faith, but God call us to study, too. This is one example in which diligent study could make a big difference in application.

Dillon Burroughs has written, co-written, or edited over 60 books, including the upcoming devotional work Thirst No More (October 2011). He served as an associate editor for The Apologetics Study Bible for Students and is a graduate of Dallas Theological Seminary. Find out more at DillonBurroughs.org.

March 4, 2011 Luke 1: I Am the Lord's Servant
Browse Our Archives
Related posts from Holy Writ 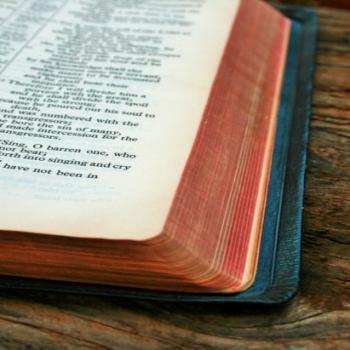 Evangelical
Is There Really a Bible Verse for Every...
Holy Writ 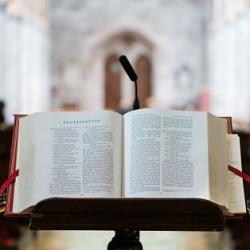 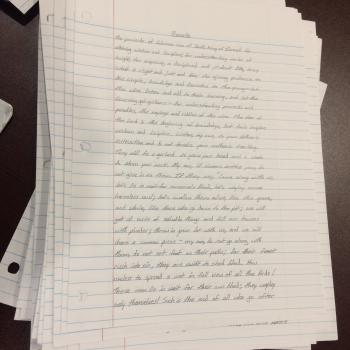 Evangelical
How Much Coffee Does It Take to Handwrite...
Holy Writ

Evangelical
It Is Finished: Thoughts on Writing Out Every...
Holy Writ
TRENDING AT PATHEOS Evangelical

All or Nothing? Or Some?
Progressives are reportedly battling each other over tactics, with some activists insisting...
view all Evangelical blogs
Copyright 2008-2021, Patheos. All rights reserved.
Close Ad