Washington, Lincoln, and Obama: A Thanksgiving Day Reflection on Ferguson

When asked to choose between saving the Union and ending slavery, George Washington chose the Union.

Abraham Lincoln, asked to make the same choice, wrote, “If I could save the Union without freeing any slave, I would do it; and if could save it by freeing all the slaves, I would do it. … What I do about Slavery and the colored race, I do because I believe it helps to save this Union.”

It’s not that these men didn’t care about slavery; both of them were morally opposed to it.  It’s just that they had other priorities.  President Obama, it seems, shares their priorities.

Minutes after the announcement that the grand jury in Ferguson did not indict the officer who shot and killed Michael Brown, our President responded, “First and foremost, we are a nation built on the rule of law. And so, we need to accept that this decision was the grand jury’s to make. There are Americans who agree with it, and there are Americans who are deeply disappointed, even angry. It’s an understandable reaction. But I join Michael’s parents in asking anyone who protests this decision to do so peacefully.”

First and foremost, the Union.

In trying to explain the anger of many who were disappointed with the result of the grand jury, the President said that their frustrations “have deep roots in many communities of color who have a sense that our laws are not always being enforced uniformly or fairly.”

I hope that what he wanted to say was those communities do not have merely a “sense” of unfairness, but an acute awareness of unfairness.  The President is well aware of the racial disparity in car stops, searches, arrests, convictions, and sentencing, and I hope he really wanted to say that.

Still, I’m tired of the press, pillorying the President for the “tameness” of his response.  They want him to show the outrage we all assume must be there, underneath the veneer of calm and hope.  But he can’t.  Because people who are unwilling to tolerate injustice are not the kinds of people who are willing take an oath to “preserve, protect and defend the Constitution.”

This is a fact, and we’d best grow up and deal with that fact.  The President’s job is to have unfettered hope in the institutions of democracy and justice, regardless of the current state of affairs.  And this President does that part of his job as well as Washington or Lincoln.

So my beef is not that the President wants to uphold law and order.  My beef is that we are no longer a people capable hearing grown-up truths, truths that make genuine hope possible in the midst of a nation torn apart by injustice and violence.  We can’t hear the truth, so the President, unlike Washington and Lincoln, can’t tell us the truth.

To know what that kind of truth sounds like, it might helpful to look at Lincoln’s Thanksgiving Proclamation, issued in the middle of the Civil War.  (If you haven’t read it, you can find it here.)

Lincoln could tell the truth about their situation – both blessed and perverse – because people were not unaccustomed to being told the truth.  I fear that is no longer the case.  Today, we can see only our foes as blessed and perverse.  We, on the other hand are saintly victims, and you dare not tell us otherwise.  Can you imagine what would happen if the President woke up tomorrow and told us the truth about Ferguson?

What if the President got up said that he loves our Union, is willing to do anything to preserve it, and wants us to do the same?  What if he said he is outraged that the legacy of slavery stains us still and that he is not at all surprised there are people who won’t take one more minute of it?  What if he also said that all of us, no matter how disenfranchised and dispirited, still have much to be grateful for and our lack of gratitude is indicative of our hard hearts?  What if he implored God to have mercy on us, a country of broken sinners?

Can you imagine such a thing?

Neither can I.  But I can hardly imagine that anything else is worth saying at all.

You see, I’m okay with Washington, Lincoln, and Obama appealing to us to preserve the Union, okay even with their naive trust that the Union will ultimately right itself.  What I’m not okay with is the belief that hope can be sustained without gratitude and repentance.

Family
Andrew Jackson On The $20 Bill: Let's Not...
The Homeschool Chronicles 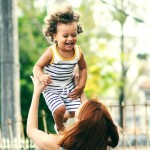 Family
The 'If You Wouldn't Say It About a...
The Homeschool Chronicles
TRENDING AT PATHEOS Family