On Loving Enemies, Fictional and Real, or Marilynne Robinson 2.0 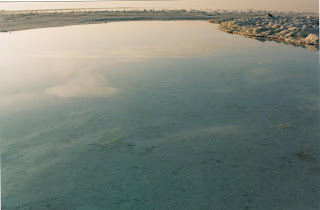 According to the essays of Octavio Paz, finding unity not despite but in our differences is the ultimate quest of a democracy. And it is also the ultimate quest of literature, which practices this work of communion in language. A metaphor builds a bridge between two unlike things and holds them together in relationship to produce a new meaning or a new unity, without, paradoxically, destroying or diminishing their differences. What generates new meanings is precisely a metaphor’s refusal to pass definitive judgment about difference, but instead it holds forth in hope that a new possibility will emerge once differences are seen as partners, not oppositions. Paz says that this work of literature is akin to what the Christian world calls charity. Forbearance and longsuffering are patient with contradiction or dissonance and thus allow becoming. Paz was not the first to argue that social and environmental well-being depends on the health and vitality of the humanities—particularly literature and the arts—because of how they teach the human mind to work patiently with and through differences, whether those differences pertain to class, gender, sexuality, race, or religion, or whether they pertain to the broader quest of understanding our humanity in relation to plants, animals, and the cosmos itself.

In her new book, When I Was a Child I Read Books, Marilynne Robinson similarly argues: “Democracy in its essence and genius, is imaginative love for and identification with a community with which much of the time and in many ways, one may be in profound disagreement.” There is much to digest in that sentence. A community is only as large as the love that can encompass it. Moreover, tepid tolerance is not love, and love, she suggests, can only stem from the imagination. Direct experience will never provide enough exposure to the varieties of humankind that comprise a broad community. I often think of the character Pilate from Toni Morrison’s novel, The Song of Solomon, who says shortly before she dies: “I wish I’d a knowed more people. I would have loved ‘em all.” Such expectation requires real imagination and a deep consideration of the bald fact that every person possesses a unique humanity. And then the real kicker: such imaginative love must hold forth against the very real presence of profound disagreement.

Robinson explains how much is at stake in maintaining a generous vision of possibility:

Since we are human beings, turbulence is to be expected. If the effect of turbulence is to drive me or anyone back on some narrower definition of identity, then the moderating effects of broader identification are lost. And this destroys every community—not only through outright suppression or conflict. Those who seemingly win are damaged inwardly and insidiously because they have betrayed the better nature and the higher teaching of their community in descending to exclusion, suppression, or violence. Those of us who accept a historical tradition find ourselves feeling burdened by its errors and excesses, especially when we are pressed to make some account of them. I would suggest that those who reject the old traditions on these grounds are refusing to accept the fact that the tragic mystery of human nature has by no means played itself out, and that wisdom, which is almost another name for humility, lies in accepting one’s own inevitable share in human fallibility.

If we expect to make a vital contribution to a community comprised of a shared and noble purpose—whether it is our place of work, our religion, our government, or our nation—we must anticipate turbulence. And like the turbulence we suffer on the occasional cross-country flight, it must be endured by buckling down, not by panic or anger and certainly not by being oblivious to it. I am amazed at our sustained capacity for holding up an image of our enemies that draws only from their very worst tendencies. The telltale sign that this kind of dishonesty prevails is when people who depart institutions, communities, or relationships that they once loved deny any and all evidence of a more complex picture of what they left behind, particularly any evidence that things were or are getting better. They want a fixed image of what is or of what has been and refuse to see communities for what they are striving to become. The popularity of Facebook gags about the idiots on the other side only seem to suggest that polemics is the new tyranny. Just witness how hardline conservatives and liberals continually need to see each other, or the ways in which similar polarizations arise around gay marriage, climate change, religion, or public education. Each side looks past the other, needing the other to be so easily identifiable as the incarnation of stupidity or moral turpitude, so much so that we almost seem to have been willing to act our respective parts in this parade of opposition, becoming just that stupid. Imagine how differently we would speak and think and act if we started with an imagined love for people we did not know but who were characterized in our minds by something closer to their best, rather than their worst, qualities.

Maybe this is starting to sound naïve, as if real conflicts and real enemies did not exist or not much was ever at stake. But it seems to be that precisely when so much is at stake, the commitment to an imaginative love in the face of difference rises to its true character as moral courage. A love of enemies today would not pretend to ignore the real differences that exist, but, like a good metaphor, it would seek to build a relationship between differences, hoping that in this patient work we might begin to find a way out of the tedious back-and-forth tennis match that is our contemporary culture. Robinson wants us to believe that because, as human beings, we are uniquely capable of producing fiction, of imagining and even loving beings who exist only in our minds, we are well suited to the task. The fact of fiction’s existence, let alone its importance to us or its occasional rise to artistic excellence, is a reminder that we do this work all the time. All it takes is the courage to treat our lived reality with the same imaginative love that repeatedly teaches us the humanity of fictional strangers who through the alchemy of art become our beloved lifelong companions. Such courage might be a gift, but I suspect it comes to those who want it badly enough.

March 27, 2012 Ecospirituality Workshop
Recent Comments
0 | Leave a Comment
Browse Our Archives
get the latest from
Latter-day Saint
Sign up for our newsletter
Related posts from Home Waters