On Politics, Ambivalence, and Left and Right Wings 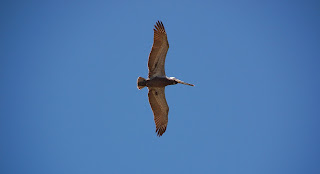 I have always been profoundly ambivalent about politics, but not because I don’t have political convictions. And while I am no expert on political matters, my ambivalence is certainly not a function of being uninformed about things generally. I am serious about my citizenship. I read the news religiously. I vote in all elections, local and national, and I volunteer in my local party. What I find difficult is the way in which politics tends to divide and conquer knowledge, the way it makes me feel that there are different worlds that we occupy, the way politics feels so different than the kind of imagined community I have described in previous posts that can come from music and literature, for example, or that I often feel in religious worship.

It is fair to say that given where I live, the majority of the people with whom I worship have very different political convictions than I do. Every person who is part of any majority should be wary of the dangers of arrogance, group-think, and a failure to listen, just as every person who is part of any minority should worry about developing paranoia, conspiratorial thinking, or a permanent self-image of the victimized. It is precisely its power to enable me to see a world, above and beyond my convictions, that appeals to me about religion. It acts as a kind of check against my fundamental assumptions, prejudgments, and biases. It stimulates self-doubt about my predilections, reflexes, and gut instincts.

This is a paradox, since like any person of faith, I suppose, I also want my politics to stem from my religious convictions. It would seem to be a strange contradiction of belief to imagine that religious ideals and political convictions should never mix. And yet the specter that haunts me living here in a religiously homogenous culture is the strange and sometimes disturbing religious fervor that so easily colors political convictions. I don’t pretend to speak for God or know much about what He wants for this country or for international affairs, but I am pretty sure He does not have a political party. I am persuaded that he is more aware than most parties and powers in the world of the plight of the millions of His children in extreme poverty, of the flagging health of His creation, of the ongoing senseless violence among nations, and the arrogance and pride of the wealthy. I say this because I have spent my time reading my Old Testament. But I am nevertheless never certain that my political beliefs line up with His, if indeed He has any. I don’t mean to suggest that I think He doesn’t want us to have political passions. Because political convictions have the potential to make the world a better place, then I have to believe they are relevant to His concerns. But I am also pretty sure that it is easy to be right about lots of particular political causes without being a particularly good person and that He seems to care more about the latter than the former.

I am a liberal for a lot of reasons but I suspect that one of them is that I am more cautious about marrying my religious ideals to the pragmatic and imperfect realm of political life. I say this because my caution seems to differ from the way in which many conservatives in this part of the country feel a healthy and comfortable religious zeal about their politics, a zeal that is at times downright enviable. I know there is plenty of zeal on the left too, and I have envied that as well, but there is less zeal and righteous confidence among people who are a microminority within a dominant dogmatism. I think it is only in the contexts of supermajorities where such unchecked zeal can thrive. When we are more aware of our opposition and more familiar with their positions, even friendly with them as individuals, we are less likely to allow our politics to run amok and more likely to want to check in with others, as if to ask, “Am I crazy? Does anyone else feel this way? What am I missing?”

No doubt some would call this caution cowardice or a failure to rise to the challenge of my beliefs. But politics seems to be an arena where good intentions go awry too easily, where implementation can make a mockery of the highest ideals, and where human intentions prove so utterly inadequate to the complexity of our circumstances. I don’t say that because I am cynical about political corruption. That alone is worrisome enough. But even if we lived in a system without such corruption, it just does not seem to be the lesson of history that if only we could agree on the same political platform, we would finally have justice, peace, and collective well-being. So if the goal isn’t to achieve the same politics, what is it? It seems it has something to do with being and doing good. And goodness starts with a proper humility. I guess I wonder if it wouldn’t necessarily be a bad thing if there were more genuine confusion about politics. I don’t mean the confusion that stems from ignorance or from apathy. We have far too much of that. I mean the confusion that is generated by an open and broad approach to problems. The fact that there are many sides to an issue is no reason for apathy or indifference. It only means that we need the courage to engage in dialogue with broad constituencies in order to fuel pragmatic solutions to problems. So we need a passionate uncertainty that works itself out in contact with people of different persuasions.

I remember Senator Bill Bradley saying a generation ago about racial tension in America that if you didn’t have a friend of a different race, you were part of the problem. I liked the straightforward simplicity of his argument. We associate too often with people who are like us and not enough with people who challenge our assumptions. I think that still holds today not only for race but for tensions between liberals and conservatives, between the rich and the poor, immigrants and citizens, religionists and secularists, town and gown, and so on. I remember the way my fellow students at Berkeley used to talk about Republicans back in the 90s. I finally had to ask them if they actually knew any Republicans, because it seemed they were describing a cartoon character. I feel the same way when I hear how liberals are described by conservatives who have been bitten a bit too hard by the right wing bug.

Our choices become less meaningful when they are too few and too predictable. Genuine choice is threatened by staid tradition, chauvinism, censorship, and intimidation. Consensus that relies on habitual and categorical trust of some and distrust of others is a threat to the free flow of information and to freedom itself. Is it too bold to say that freedom depends on diversity?

April 15, 2012 The Grace of Nothingness
Recent Comments
0 | Leave a Comment
"Watch, the hour is nigh ( Mark 13). The disciples are commanded to watch, for ..."
Hunter Perreira Obedience as Gratitude
"sounds to me like agenda 21 mixed with mormon doctrine......so what is being taught here......philosophies ..."
Sean Shafer Environmental Stewardship and Mormon Belief
"Thank you for sharing this beautiful, thoughtful article! Understanding that I don't have to earn ..."
Teresa Jones Obedience as Gratitude
"George, this is your old friend, Gary from MP a long time ago.I like your ..."
outdoorsguy On Disagreements at Church
Browse Our Archives
Related posts from Home Waters