On Reading and Language (or, notes on what I have learned from literary theory)

On Reading and Language (or, notes on what I have learned from literary theory) June 4, 2014 georgehandley 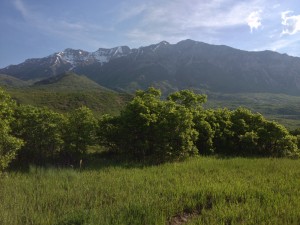 There are at least two very important things that I learned from literary theory, especially the sometimes infamous deconstructionist variety. The first is the value of very close readings. There is nothing like a close reading to bring out the richest and fullest range of possibilities in a text. It is really only a means to an end, however, even though it is often assumed, wrongly, by deconstructive readers that a close reading that merely complicates an oversimplified interpretation of a text has done its job.

I am concerned that over my years teaching literature, students are increasingly unfamiliar with what it means to read closely and carefully. We spend less and less time with words, and this is disconcerting on a number of levels. We think we know what language conveys, how it makes meaning, and we pay little or no attention to how it doesn’t always hold its meaning together reliably. That is because we don’t pay enough attention to language and perhaps too because we find its instability disconcerting, as if it is a threat to what we know, what we believe, or what we hold to be certain. I do not understand why we have never considered the possibility that the instability of language is an advantage. That is certainly what is widely known by any poet worthy of the name.

Mormon certainly felt the weakness and insufficiency of language and acknowledged his own difficulty in mastering or controlling meaning. The Lord’s response? “Fools mock but they shall mourn; and my grace is sufficient for the meek, that they shall take no advantage of your weakness; And if men come unto me I will show unto them their weakness. I give unto men weakness that they may be humble; and my grace is sufficient for all men that humble themselves before me; for if they humble themselves before me, and have faith in men, then I will make weak things become strong unto them.” (Ether 12: 26-27)

It is as the Lord acknowledges the inherent weakness and insufficiency of language and of language users but assures Moroni that, at least as far as his meek and humble readers are concerned, they will not wish to “take advantage” of the writer’s weakness but will instead manage to have meaning communicated to them. Indeed, what will be communicated will be their weaknesses themselves; reading, for them, becomes a series of opportunities for self-reflection and understanding, repentance, and healing through God’s grace.

We hear a similar recognition in the first section of Doctrine and Covenants where the Lord tells us that what we hear from prophets is a translation of the mind and will of the Lord “in their weakness, after the manner of their language, that they might come to understanding” (D&C 1: 24). Again, presumably at least part of that understanding will be a more accurate image of ourselves and of our own weaknesses as readers so that we might be strengthened by the words of the Lord. Our ultimate objective in reading is not to uncover the inadequacies of the writer or of language, inadequacies that should already be patently obvious to us if we are attuned to language and are hopefully, faithfully reading for higher understanding. What we will uncover will be our own inadequacies. If we fail to understand what the scriptures say, what a poet expresses, or what a novel means, we should start by examining ourselves. It is hardly an adequate response to what is written to comment on what it fails to communicate if we haven’t started with a serious commitment to learning language, building a vocabulary worthy of the language traditions we have inherited from our ancestors and from history, and if we are not in the practice of learning to revive and reinvigorate those very traditions. This seems the least we can expect of any human animal given the great and marvelous gift of language. It is a sacred stewardship. Shame on us for treating language superficially, as if it is some kind of instrumental tool that we call upon to help us do our thinking when in fact it is in the very medium of thought itself. Shame on us for assuming we could pick up a word that has a history of use, a history of its own evolution, that carries within it the memories and shadows of plural voices from the past, as if we were picking up a hammer to nail down meaning. A word is more like a musical note, a sound that holds echoes from the past and which anticipates dialogue within a new context. It is new music in the making.

A second lesson from deconstruction pertains to the way it challenges facile or superficial dichotomies. What we often find is that we pretend to advance knowledge and understanding when in fact all that we have done is create a series of misleading or superficially understood binaries upon which our understanding relies. For example, we might advance an argument about the troublesome creep of secularism in modern society without taking the time to properly identify what, in fact, we mean by secularism. We might fail to consider, for example, the ways in which “secularism” is far too easily identified with left-leaning progressive ideologies when it just as likely applies to the insidious ways in which similarly disturbing distortions of cultural traditions have occurred on the right. Since we are all caught in culture, and since the Lord identifies our “culture” as a weakness, we should be extra careful in how we assume we have freed ourselves from such entrapments simply by identifying our “enemy.” Otherwise what we think we advance is actually a step backwards.

Besides, who is to say that secularism is always the enemy to the sacred? It might be, but it might also be a friend, depending on context, depending on how we define the two terms, and ultimately depending on our heart. Didn’t the Lord promise that our weakness could become a strength? Is there any reason to believe that there is anything inherently wrong with bringing our contemporary circumstances, our contemporary understandings of the world to bear on our understanding of revelation or of the truth? What is dangerous isn’t reading from a cultural context but failing to acknowledge that this is precisely what we are always doing. If I were to assume that reading the scriptures in a religion class constitutes a categorically sacred activity, secure and free from the influence of ideology, while simultaneously making the mistaken assumption that reading a novel in a literature class is a secular activity, one that deserves special scrutiny and suspicion, I will have missed a valuable opportunity for increased self-understanding. What both reading activities need is a consistency of rigor, but I want to be clear: I am not about to suggest that what is required is consistent suspicion but rather consistent faith and trust that, guided by my best lights, trusting in the Lord, being willing to have my weaknesses exposed and my need to repent evident, the grace of the Lord will be sufficient to guide me to higher understanding. And this won’t have to involve a tearing down of what I have read, but rather a close enough inspection of the word that I can begin to see a broader range of possibilities language makes evident and to see my willful and sometimes blind self reflected in the mirror of what I read.

Again, deconstruction as it is commonly practiced among academics like me too often stops short of its most useful function. It is not enough to show that someone else has assumed too easily that the world can be divided into two. It is a far more challenging task to see this problem and then learn to live within the paradox that meaning is derived from a set of binary assumptions about the world that are mostly likely inaccurate. This causes an important shift in emphasis. If we were to take the Lord’s mandate to pray for and love our enemies seriously, I think we might learn something from the process. If you have never tried it earnestly and honestly, you might give it a go. One of the first things that becomes evident in engaging in such an exercise is that it causes you to doubt the utility of your definition of “enemy.” You find yourself acknowledging your own harsh judgments and your need to repent, and you start to see that when love enters the equation, binaries rarely hold. You come to suspect that what is detrimental is not opposition or even the possibility of the presence of evil and wrongdoing, but the refusal to love and trust God enough to expend your energies more on your own lifelong quest for repentance than on the selfish need to always be right.

June 12, 2014 Love of Reading
Recent Comments
0 | Leave a Comment
"Watch, the hour is nigh ( Mark 13). The disciples are commanded to watch, for ..."
Hunter Perreira Obedience as Gratitude
"sounds to me like agenda 21 mixed with mormon doctrine......so what is being taught here......philosophies ..."
Sean Shafer Environmental Stewardship and Mormon Belief
"Thank you for sharing this beautiful, thoughtful article! Understanding that I don't have to earn ..."
Teresa Jones Obedience as Gratitude
"George, this is your old friend, Gary from MP a long time ago.I like your ..."
outdoorsguy On Disagreements at Church
Browse Our Archives
get the latest from
Latter-day Saint
Sign up for our newsletter
Related posts from Home Waters