If Truth Were A Child

If Truth Were A Child December 14, 2014 georgehandley 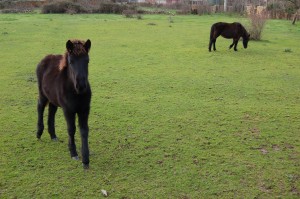 We live in the age of polemics. Choices are presented to us as mutually exclusive, and you are not given the time to listen, to be reflective and careful in your judgment, or to acknowledge nuance and the validity of different points of view. You are supposed to pick your enemies, not consult with them. Instead, you are asked to make a choice and a quick one at that, one that binds you to one camp that is defined by its opposition to another. And it’s all about identity. You are what you think, what you believe, what information you can cobble together for the sake of coherent argumentation. For example, you either love nature or you love people, but you can’t love both because to love one is to hate the other. Who would want to care for trees if doing so is defined as hating people? Right now it seems that there are only two choices: you are either sympathetic to the victims of racial profiling or sympathetic to police officers who put their lives on the line every day. Such polemics falsely pretend that to mourn the loss of life of a black man is to hate those brave men and women who protect us or that to understand the stress and trauma of police work is to ignore the stress and trauma of life in the streets of America for people of color. The worst offenders are the political parties who have mastered the art of polemics to present us with false choices. You either believe in government or you distrust its every move. You either care about individual responsibility or you feel responsible for human society. And such polemics have entered the logic of religious thought. You are either secular or religious. You either believe in historical change or you believe in transcendent revelation. You either believe in the infallibility of church leaders or you believe in moral relativism. You must decide to either stand up for moral truth or to be compassionate towards those whose lives have taken different directions than your own, but you can’t have your cake and eat it too. You can’t expend your energy in compassion for others while also defending God’s truths. In the end, the unfortunate result of such polarized thinking is that you come to believe you are either one of the good guys or one of the bad guys and you best get going on figuring out which camp you are in because, well, the judgment is not coming at some future point. It is already here. And of course, everyone wants to be with the winners.

But the problem is that once the game is set up as a polemic, you can’t win. You can’t win because the rules of the game are against you becoming a whole person with broad vision. And the rules have been in place for so long that the most vociferous among us have already made the us vs. them mentality a lived reality. Even if we were meant to love nature and humanity, or police officers and black lives, or the scriptures and poetry, there is too long of a history to suggest that you shouldn’t, that you can’t. You won’t be able to see the simultaneous reality that we have made great strides in overcoming racism or sexism in this country and that race and sex are as deeply relevant today as they have ever been. You won’t be able to admit the blessings of secularism while also claiming to be religious. All you can do is hold up your corner of truth.

But that’s just it. All we possess is a corner or a piece, not the whole of it. Truth is no trophy you can hold up. It isn’t a prize. Its value isn’t in possessing it. Its value is the love we muster to build relationships in its pursuit. Its value is the faith it requires to hold steady in the face of uncertainty and questions that inevitably arise when we finally have the humility to understand how much of it eludes us. This is why we need God, each other, even our enemies, to teach us truth. And what we learn isn’t some thing, some fact. What we learn is love. Truth does not have two sides. It has many dimensions. Truth tethers us to each other and to God and when we hold up our corner, in our zealous impatience to possess the whole of it, we risk ignoring the entire fabric as a result. This is why we have patriots who wish to shoot federal officers, fathers and mothers who will shun family members to protect their idea of family, champions of political or religious truth who will trample their own values (and the most vulnerable among us along the way) just for the sake of being right. Paul made it clear: you can have the truth but if you don’t have charity, you have nothing. And you don’t have charity, said Jesus, until you love your enemies. You might as well be in error because you are. There is something truer than truth and it is love.

The first test of King Solomon’s wisdom was a polemic. A child dies and the mother, in her grief, believes she can find a substitute for her living child by stealing another. She and the mother of the stolen child, each adamant that the child is hers, appeal to the king to resolve their differences. Solomon’s words are chilling: “divide the living child in two, and give half to the one and half to the other.” Didn’t Jesus say something similar? Didn’t he say we had to choose the truth and forsake error? That we had to find a way to either be with him or against him? How can this be? Sometimes I am, sometimes I am not. I am commanded to remember him always, but I never remember him always. I am never on his side at all times. Sometimes I find myself wanting what is wrong, judging the poor, hating my enemy, lusting after things to possess, failing time and time again to see and love others as flesh and bone complex human beings in all their mystery and wonder. Am I doomed? Is everyone else? If I must choose, as the gospel demands, but I can’t stick with my choice perfectly, am I a hypocrite? Maybe, but perhaps if I accept my foolishness and learn trust and love and humility, maybe this is a truer choice than expending all of my energy just so I can assert that I am one of the good guys, that I have made the right choice.

The two women face the impossibility of dividing the truth in two. The woman who is blinded by her pain is willing to divide the child in order to persist in her assertions. She thus becomes a living contradiction: she is willing to lose the very thing she desires just so that she can have it dead. But that is what she wanted all along: a divided child to replace her dead child. She was wrong to believe that there could be an adequate substitute for a living body. The woman who knows and loves her child can see only one choice: give up the child to the other woman so that it can remain whole and alive, since a living being is what she loved and what cannot be replaced. Her love of the child means she must let go of the need to be right so that she can do what is good. Only in this way, can the fleshy, indivisible truth in the form of the child’s body be preserved. The cost, of course, is giving the child up altogether. Solomon’s attempt to divide the truth tests her mettle and reveals the truth of her love. She is the true mother because hers is the true love, and so the child is returned. The Christian message of the story is the promise of restoration. Solomon’s wisdom is God’s mercy, a recompense for sacrificing the pride of being right in order to be good.

So it begs the question, with how much more care and humility would you speak and act if the truth were not the result of some game of words or a battle of wills, but a flesh and bone living child? What if you thought of the truth as something that couldn’t be divided up into broken pieces but was instead something you had to learn to hold together with love? Maybe all truth in the end is measured against the lives of children. And since it is the season, it is worth remembering that a living child is, in fact, the form in which the Truth came to us.

December 5, 2014
Review: First Principles and Ordinances: The Fourth Article of Faith in Light of the Temple by Samuel Brown
Next Post

January 11, 2015 Experience and Understanding
Recent Comments
0 | Leave a Comment
Browse Our Archives
get the latest from
Latter-day Saint
Sign up for our newsletter
Related posts from Home Waters