My Journey as a Scholar of Faith, Part II

My Journey as a Scholar of Faith, Part II November 12, 2015 georgehandley 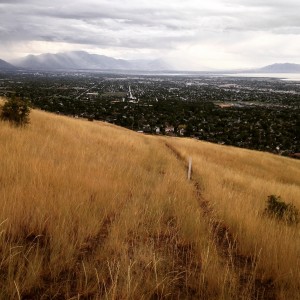 My first experiences with criticism, compassion and charity were in family life at home. As Mormons, we lived as a very small minority outside of New York. We were taught to love human diversity and that God must too. Dinner table conversation at my home was free-flowing, covering politics and culture and the church. We went to concerts and museums in the City and we hosted friends of other faiths at our home. I was the youngest of three brothers, and the older two were exceptionally bright and observant and full of strong opinions. They read serious literature at young ages, they loved and played classical music, and they knew how to have a meaningful experience in a museum. Even though neither of my parents would have considered themselves experts, they remain among my most important adjudicators of taste. They have always been amateurs in the best sense of the word: lovers of all good things, consistent with the charitable work, as Mormon describes it, of “laying hold of every good thing.”

I enjoyed the conversations, but I was intimidated a bit by this at first. I didn’t feel that I had a good vocabulary and I couldn’t express myself well, and when I looked at a painting or listened to a symphony, I wasn’t sure what I was supposed to feel. I preferred sports, rock and roll, and goofing off. And honestly, I was really, really good at that. My goofing off was innocent at first, but it led me into a struggle with keeping the Word of Wisdom and prolonged spiritual doubts. The good thing was that my parents never seemed overly impatient with me, even though my brothers were much farther advanced in their critical skills and life skills. My parents thought going to church was generally a good idea but it wasn’t the most important thing. In fact, when we asked our Dad why he occasionally decided to stay home or go home early from church, he explained, with a wry grin, that once you went to church 3000 times, it was optional. What mattered most to my parents was being a good person. The most painful conversations I ever had with them pertained to situations where I was struggling to be inclusive or kind to difficult personalities. They were adamant that I not become selfishly attracted only to like-minded or similar personalities but that I branch out. I watched my parents reach out to extended family, many of whom grew up in economic and cultural circumstances far less privileged than my own. I admired how they could talk to the very poor and the very rich without changing their tone. I am especially grateful for the fact that whenever the conversation got too critical of people or leaders, my parents always helped each other and us to remember to be charitable.

I suppose according to some litmus tests, they weren’t exactly the most active or model Mormons, but anyone who knows them, knows them to be profoundly Christian. They didn’t follow all the rules exactly, nor did they seem particularly worried that I do so. I never remember my parents getting on my case about grades, about scout advancement, or about going on a mission. I think they trusted me and trusted that their example of good living would pull us through. They were right. They were loathe to reduce the pursuit of a good life to a rat race or a check list. My mother often expressed frustration that the formal practices of religion just didn’t seem to work for her like it did for others. My father was never entirely satisfied by answers he was given to his questions, but neither of them ever allowed anger or hatred or despair to rule their own hearts or to govern their approach to life. They had better things to do and to see and to understand in the world. They aren’t perfect, but I wish more people were like them.

Maybe they didn’t feel they could be the ones to plant the seed of the restored gospel in its entirety, but they were careful not to trample the soil of my faith with their own overstated doubts. As we have been taught recently by Elder Holland and President Uchtdorf, doubting our doubts can be an expression of faith. Without my parents’ forbearance, I don’t believe I would have had the freedom to discover my own testimony of the restored gospel. Criticism or disagreement is not an enemy to faith and belief. What seems to undermine faith and belief is distrust and fear either directed at ourselves, others, or at God and it can lead, paradoxically, to inflexible and dogmatic thinking.

Elder Maxwell warned us not to “over-sponsor [our] revelations.” Instead he says, “Let the spirit impel your worthy ideas” by which I think he means that we should be careful not to assume we have arrived at the proper conclusions about reality. Thinking is an experiment, not a test. Sometimes I am embarrassed for football players who celebrate a sack on second down only to be burned by a touchdown pass on the next play. I have learned that on the most sensitive and the most divisive issues, instead of tightening up and prematurely interpreting the meaning of a situation, we should be more careful to listen to all sides. Such listening puts us in the position to do our most creative and best thinking. Derek Walcott insists for example that great poetry can never be based in revenge, anger, or nostalgia but only in acceptance and assimilation of the facts of experience. If we truly wish to “enlarge the place of [our] tent,” we must not chase people off by shaming them for their questions. They need a refuge, as they are, while they wait upon the Lord.

Many years ago during a job talk I gave at an eastern university, I was faced with a room full of scholars. During the Q&A, someone asked my opinion about a book that was related to my research. I hadn’t even heard of the book, so I couldn’t even give a half-baked answer, so I just said in front of everyone, “I don’t know the book, so I can’t answer the question.” Afterwards, one of the members of the search committee expressed admiration that I had the courage to say “I don’t know.” He said: “I wish more of us had that kind of courage.” That may have been the only time in my academic life when ignorance was a virtue, not enough of a virtue to get me the job, mind you, but it was nice for once to be congratulated for being ignorant. In his marvelous essay, “The Way of Ignorance,” Wendell Berry insists that the burden of the gospels is to “accept our failure to understand, not as a misstatement or a textual flaw or as a problem to be solved, but as a question to live with and a burden to be borne.” We might know some things. We might even be in possession of some fundamental truths, but truth is no trophy you can hold up. Its value isn’t in possessing it. Its value is the love we muster to build relationships in its pursuit. This is why we need God, each other, even our enemies, to teach us truth. Paul made it clear: you can talk truth all the day long but if you don’t have charity, you have nothing. There is something truer than truth and it is love.

So my parents didn’t pass on knowledge to me so much as they allowed my experiences to be deep, authentic, and my own. They insisted I do with my life what I most wanted. They told me to go to the school and major in a field of my choosing. This is particularly marvelous when you consider their burdens. They were in the midst of striving to help their firstborn, Kenny, through terrible depression that eventually led to his suicide, helping their second son, Bill, deal with the intensity of coming to terms with his homosexuality, and helping me, their youngest, to emergence from the fog of a misspent adolescence. They never pointed fingers at each other after the death of their son and they worked through the process of Bill’s coming out with grace and care, managing to keep their own marriage strong, their relationship to both their sons locked in even as we took different paths and they taught them to love each other, and their relationship to people of all persuasions and to the church open and fair. Their example of thoughtful criticism, compassion, and charity is perhaps the most heroic and most Christian example I have in my life, even though it isn’t tied formally to institutional life in Mormonism. I love the church. It is where I belong. It is where we all belong in my mind, but I have never hesitated to love and admire them or anyone else who does good work in the world outside the walls of my church. I believe Christ would expect nothing less from me.

November 13, 2015 My Journey as a Scholar of Faith, Part III
Recent Comments
0 | Leave a Comment
Browse Our Archives
get the latest from
Latter-day Saint
Sign up for our newsletter
Related posts from Home Waters