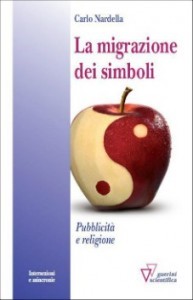 In recent years, there has been a lot of talk about the ability of Pope Francis to “market” his own product, that is the message carried by the Church: faith in Jesus. For example, it is not easy to find religious leaders taken as example in books about marketing; but this is not the case of Pope Francis.

“One of the most conscious new leaders to emerge in recent times is Pope Francis. I do not subscribe to any conventional religion (although my thinking tends towards Buddhism), but I see Pope Francis as one of the most enlightened leaders in the world today. There is no doubt that he has one of the toughest gigs in history. At a time when trust in religious institutions is at an all-time low, he’s tackling his work with gusto.” These words from the “Buddhist” Carolyn Tate are contained in a book about marketing and Pope Francis is taken as an example of leader that inspires.

So what we have here, to simplify a little, is the religious institutions that borrow elements from the world of marketing to “advertise” themselves and their own offerings in term of messages, values and faiths.

We cannot avoid thinking about Walter Benjamin who had identified the religious nature of capitalism: “The fragment ‘Capitalism as Religion?’ written by Walter Benjamin in 1921 (and first published posthumously in the mid-1980s in his complete works) is one of his most intriguing – and ‘hermetic’? – texts. Inspired by the works of Max Weber, which he cites, on the elective affinity between the Protestant Work Ethic and The Spirit of Capitalism, Benjamin goes much further than Weber: not only does capitalism have religious origins, it’s a religion in and of itself, a constant cult that is leading the world, sans merci, to the House of Despair. ‘Capitalism as Religion?’ is an anti-capitalist reading of Weber, of a piece with some of the writings of Georges Lukacs, Ernst Block and Erich Fromm.” It is no surprise that the research on the use of religious elements from advertising, the heart of capitalism, is now very well developed.

One of the foremost experts on this topic is Dr. Carlo Nardella, a sociologist teaching at the Social Sciences Department at the Università Statale in Milan (Italy). Among his main publications Religious Symbols in Italian Advertising(Journal of Contemporary Religion, 2012) and Religion and Marketing(Sociologica, 2014). Professor Nardella has published recently a book, La migrazione dei simboli. Pubblicità e religione (The Migration of Symbols. Advertising and Religion, Guerini, 2015).

The book, quite interesting and original in its own way, introduces the two sides of the coin: the phenomenon of “religious branding” (religions making use of marketing techniques to advertise their own “products”) and brands using religious symbols two achieve their own goal, to reach consumers.  Dr Nardella warned us to be aware of these new forms of religiosity in the sphere of economic consumption, on the footsteps of what we have seen before with Walter Benjamin. I was able to ask Professor Nardella a few questions about this topic.

Why did you write a book about advertising and religion?

The convergence between marketing and religion has become increasingly evident, even in Italy. A high degree of market competition leads religious organizations to increase their use of marketing techniques to attract public funds and other kinds of resources. But what happens when marketing goals are fulfilled through the employment of religious symbols? This is the research question that gave rise to the book, operationally translated into a question about if and how commercial advertising uses religious symbols to promote consumer goods and services.

What are the main findings of your research?

The results of a content analysis conducted on a large sample of advertisements drawn from popular Italian magazines between 1957 and 2013 reveal two main trends. The first one is the most evident: commercial advertising in Italy generally increased its use of religious symbols over time. Moreover, there is evidence that a long-term positive trend exists.

The most common religious references come from Christianity: ranging from angels and biblical narratives to crucial theological concepts, Christian symbolism has been used throughout the entire period analyzed. In addition, Italian advertisements contain references to Asian religious systems and non-institutionalized religions.

The second trend concerns the employment of religious symbolism in connection with a variety of cultural values. How can advertisers symbolize craving for admiration, self-satisfaction, collective sharing, or reliability? Whatemerges is a mix of heterogeneous elements that can be interpreted as evidence of the fact that religious symbolism has become a source of creative inspiration that the advertisers use, without much reservation, in order to accomplish their diverse commercial tasks.

Do you think that advertising needs “strong” religious symbols, like the ones used in traditional Catholicism, to be more effective?

If “strong” means “recognized by many people,” then yes. The more the audience is able to identify the symbols used in the advertisements and associate them with a religious system of knowledge, the more those symbolscan effectively fulfill marketing purposes. My theory maintains that advertisers harness the consensus that has been granted to religious symbols over history to convey their messages. The transfer of this consensus from the religiousdomain to the advertising domain represents one of the main resources at stake.

Do you think that in some ways advertising “disrespects” religion?

It is difficult to answer to this question without making a value judgment. I just note that advertisers are increasingly capable of transforming religious symbols into “tools” that consumers then come to identify with commercial brands. In my understanding, advertisers are able to “appropriate” religious emblems for marketing purposes, rather than perversely “exploiting” them, as other authors have characterized the strategies of advertising agencies and the professionals working for them.

Do you think that the findings of your research would be different if the study was done in other countries with a less prominent religious tradition than Italy?

Research conducted in France, Germany, the United States and India, only to mention a few, found that in these countries commercial advertising makes wide reference to religious symbolism. The Italian case, therefore, does not make an exception with respect to the general trends.

What were the main problems that you had to solve while conducting your research?

A problematic aspect was that of “polysemy,” namely the potential coexistence of different meanings within the same symbol. It is not certain, for example, that the expression “falling into temptation” is unequivocally associated to the dimension of the Christian sin, especially in today’s societies characterized by rampant consumerism, where people might simply associate to this expression the purchasing of a desired object. In front of advertisements containing symbols considered too weak or ambiguous, I retained for the analysis only those with references that could be associated to a religious universe in a manifest way.

Do you think that capitalism has a sort of “religious” nature?

There are several theories that identify capitalism and the sphere of economic consumption wit a form of religion. Personally, it seems to me that it is more correct, on the one hand, to study these phenomena without calling them “religion” and, on the other, to strive to identify the historical and sociological aspects that determine the peculiar features and functions of the phenomena under analysis within particular social and political contexts.

Some people think that Pope Francis is the perfect “testimonial” for the Catholic Church. What do you think about that?

Yes, he is, as it has been shown on a number of occasions. He has succeeded in presenting himself as a universal moral reference, proposing a message within everybody’s reach, and interacting wisely with old and new media.

Politicians often use religions to fulfill their agenda. In Asia we have leaders that fulfil their agenda by “sacralizing” themselves. Think for example of the Kim family in North Korea, Mao in China and so on. Are there universal religious archetypes regardless if one believes in a God of any kind or not?

I do not agree with the theory of the existence of innate religious archetypes, namely symbols and myths inherent in the human psyche. I would rather explain the construction of symbolisms elevating political leaders to divinity status by referring to the increase of legitimacy that this operation can produce for them and their political regimes. 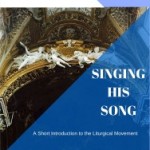 April 23, 2016 Singing His Song
Recent Comments
0 | Leave a Comment
Browse Our Archives
get the latest from
Catholic
Sign up for our newsletter
POPULAR AT PATHEOS Catholic
1