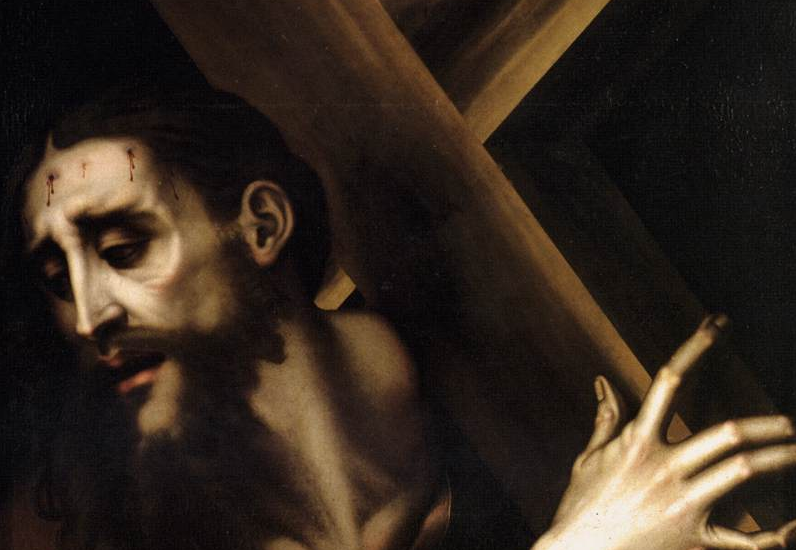 Since I wrote “Against Justification” yesterday, I thought it would be fitting today to talk about one of my hobbyhorses, which is the way people talk about theodicy, or the problem of squaring the presence of evil in the world with a good God.

But the problem is that to even try to answer the question of theodicy is, it seems to me, to take the Gospel backwards.

It seems to me that we shouldn’t ask ourselves the question “Why does a good God let suffering and evil happen?”

I think we need to instead ask something like this question: “There is suffering and evil in the world–now what are you going to do about it?”

The reason why I think this is important is not just because I think it’s better apologetics (though I do), it’s because it matches up with the way Christianity is actually properly experienced. When people suffer, they become more religious, not less. Christianity is a salve for people who are broken down and beaten and despairing and crying out for justice. When we let suffering and evil become an obstacle to our Christianity rather than a reason for it, I think we might be entering into the realm of a bourgeois, natural religion, where everything is just fine in your life, and religion is a part of your life that’s over there, and a thing you do in order to placate the gods and check metaphysical boxes so that your bourgeois life can keep humming on its merry way, such that when suffering and evil happens it’s God who’s somehow to blame because he didn’t fulfill His end of the bargain.

Christianity is not an explanation for why things are. It is an encounter with the man on the Cross, the Lamb of God who takes away the sins of the world. Behold this broken form, crowned with thorns, and kneel at the altar of his mighty Cross, and kiss his pierced, bloody feet. That’s your theodicy. 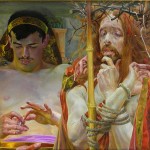 May 7, 2014 A Few Words About That Harvard Black Mass...
Recent Comments
28 Comments | Leave a Comment
"https://en.wikipedia.org/wi..."
pgtipsster The Best Defense Is A Good ..."
"The point that leapt out at me from this post is the complaint that atheists ..."
Bob Seidensticker The Amazing Incuriosity Of The New ..."
"I'm glad to see the atheist reaction against New Atheism becoming more widespread. Although it's ..."
Steven Bollinger David Hume Against The New Atheism
"Which may indicate you don't actually know the Gospel. Tell me: if you died and ..."
Andy Inoculated
Browse Our Archives
Related posts from Inebriate Me