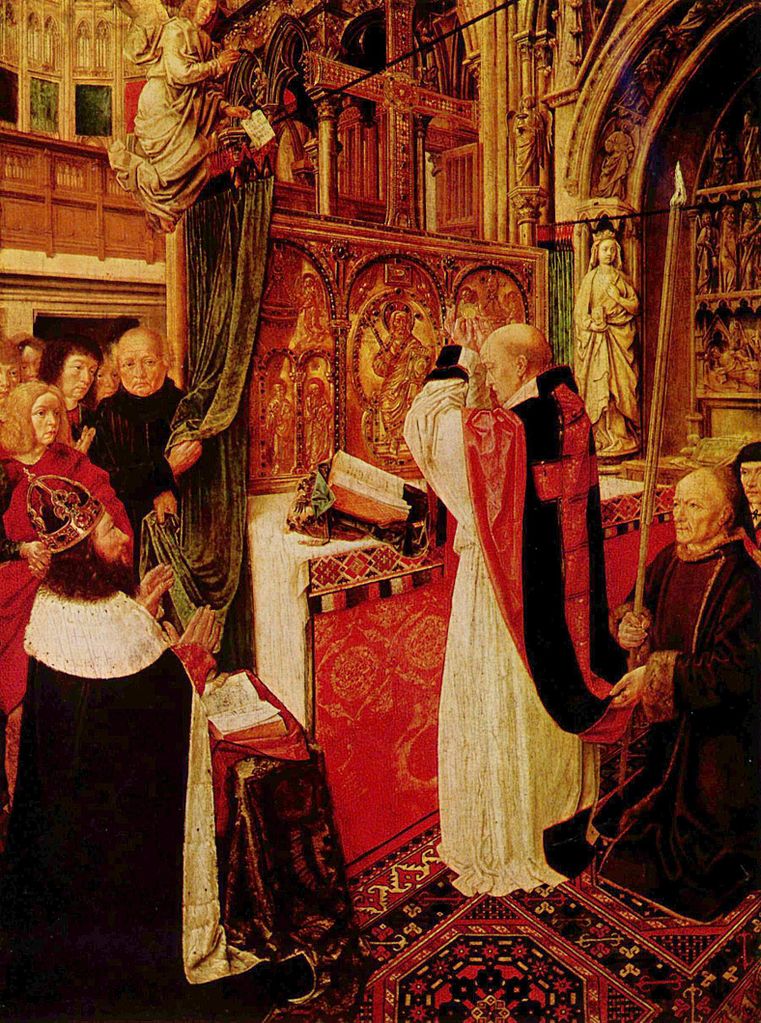 Why should Christians act morally?

It seems to me that the Biblical answer is that God demands worship and that acting morally is a form of worship.

As Joseph Ratzinger points out in The Spirit of the Liturgy, in the Book of Exodus the stated reason why the Israelites demand to be let out of Egypt is not so they can settle in a new land of milk and honey, it’s so they can worship their God. And once they do do so, they receive the Tables of the Law. Right worship and the Law are intimately bound together. And in turn the wrong worship of the Golden Calf is linked to immorality.

In the Old Testament, right worship is linked to morality, and wrong worship to immorality, over and over again. I believe (and I’m sure I’m not original in this) that this is not so much because one leads to the other, or because wrong worship is itself immoral, though these things are certainly true, but because the Bible tells us that acting morally is itself a form of worship of God.

This goes back to Adam. Adam was the first High Priest, tasked with divinizing the world through right worship, and his failure was a failure of worship.

We are all baptized as priests, and I believe this is the key thing: we are called to give God right worship through our entire lives, including through right living.

Why do I like this idea of morality as worship?

Immorality is wrong worship. Showing that doing the right thing is a form of worship is tricky; what’s not tricky is that showing that doing the wrong thing is a form of bad worship. All sin, fundamentally, is about idolatry. All sin is about valuing something more than God, whether it is money, or sex, or power, or vanity, or whatever. That is the definition of idolatry. And what is idolatry if not wrong worship? If immorality is wrong worship, then it must follow that morality is right worship.

It is gratuitous. This is key. If you’ve been following my writing, you’ll have noted that this is a theme I batten on quite regularly. But it’s really fundamental. God is a being of total generosity, and that means that the way we must relate to Him is total generosity. “Transaction” is alien to the mindset of God. Worship is gratuitous. Why did Eve eat the fruit? Because she wanted to get something. “Oh, if you eat this fruit, you will have knowledge of good and evil and you will be like God.” If you do this, you’ll get that. Why did God ask Adam and Eve to tend the garden? Because they would get a reward? No, just because he’s their Father and they’re his children–for no reason other than love. This is what God wants. Moral action is gratuitous, and so is right worship.

It gets us out of consequentialism. The industrial West is essentially consequentialist in its morality: you must avoid doing Bad Thing X because otherwise Bad Thing Y will happen. The problem with consequentialism (whole books could be and have been written about this so I am violently compressing) is that it makes the ends justify the means. If Bad Thing X leads to Good Thing Y, then you should do Bad Thing X. The other problem with consequentialism is that it (at least ostensibly) removes transcendence out of the moral equation, and turns us all into social engineers. Morality is judged by its social and human consequences. You don’t need a Biblical framework to see problems with that (*cough*Plato*cough*), but the problem is that we Christians do tend to fall in that trap. “If you let marriage culture whither, all sorts of bad social consequences will follow.” Now, there’s nothing wrong per se with saying that. Because Christians are called to care for the common good; because the natural law is discoverable through the use of reason; and so on. But that’s not the reason why we believe those things? Is it? Otherwise, what we’re saying to the social engineers isn’t that social engineering is wrong, it’s just that we’re better social engineers than them. Here’s a relevant quote from C.S. Lewis’ The Screwtape Letters: “Whichever he adopts, your main task will be the same. Let him begin by treating the Patriotism or the Pacifism as a part of his religion. Then let him, under the influence of partisan spirit, come to regard it as the most important part. Then quietly and gradually nurse him on to the stage at which the religion becomes merely part of the ‘Cause,’ in which Christianity is valued chiefly because of the excellent arguments it can produce in favour of the British war effort or of pacifism.” In other words, when the Church or Christianity is seen as a vehicle for social reform, then you are committing idolatry. What you are worshipping is not God, it is your ideal of the social order, and you are then using God to suit your, Earthly purposes.

Worship is about humility. It’s kind of axiomatic, but it’s true. Worshipping is the act of putting oneself under God. It is the act of recognizing the Creator for Who He Is. It is to accept that God is God, which sounds straightforward enough, except that the nature of the Fall is man deciding to play God–and this, in turn, is the source of all immorality since then. Worship is the natural response of man who realizes the divinity of God–and therefore his own humanity.  Think of Moses taking off his sandals before the burning bush. Think of Peter falling on his face during the Transfiguration. Think of Thomas’s cry: “My Lord and my God!” Morality is about humility too; it is about recognizing a transcendent Good and serving it; that is also what worship is.

I also think of the life of the monks, which is the distillation of the Christian life. Ora et labora, Benedict says. Pray and work. But what this means is that the monk is someone who makes his entire life one continuous act of worship. To “work”–to do good works–is, along with prayer, another mode of worship.

Worship is also about humility in the sense that we have to accept what it says. If God says “The way I want you to worship Me is to do X, Y, Z”, that’s something you just have to accept. You can’t say “Uh, actually, God, the best way to worship you is to do A, B, C” That just doesn’t make any sense. If you worship God, of course you do what he wants, otherwise it wouldn’t even be bad worship, it wouldn’t be worship at all. “Not my will, but your will.” If we follow God’s morality because we have taken deep consideration of the ins and outs and, all things considered, we concur that it is right, then we are not really following God’s morality–we are following our God. We are reserving judgement. “God is so smart, He even agrees with me!” It’s a very subtle, but potentially real form of idolatry. Instead, the Israelites in the desert say “We will do and we will hear”; in other words, they are prepared to do God’s will whatever it is. Abraham is willing to sacrifice Isaac even though it is seemingly immoral–even though it is against God’s own stated will that Abraham have descendants. Now, it’s possible to go too far in that direction. God is logos, which means the divine law is rational, and through our gift of rational reason, we can understand it; and Catholic Tradition is unequivocal in stating that we have a duty to follow our own conscience. But it is also true that God’s law is something that, sometimes, we have to accept on, well, faith. God asks for the Ark of the Covenant to be precisely this size, not that size, to be made of these materials and not those materials, and so on. Well, you build the Ark of the Covenant according to the specifications, because that is the will of God. You are a man. You are humble. You worship God.

Worship is gratitude and self-giving. Under the New Covenant, worship is not transactional. Pagan worship is transactional: you give sacrifice in order to get, or coax, something out of the gods. Christian worship is non-transactional. Jesus achieved everything through his own sacrifice. The Mass is a sacrifice of gratitude, not a transactional sacrifice. And, if you follow, gratitude is the proper attitude of the Christian. As Karl Barth wrote, all sin is basically ingratitude–which is the other way of saying that all sin is idolatry. Sin is the misuse of God’s gifts (ingratitude). What is the right use of God’s gifts? Worship. Sacrificial worship. To give back to God what belongs to God–starting with ourselves. “I am the Way,” Jesus says. Not “following me is the Way.”  But “I am the Way.” “To be me is the Way.” Who is Jesus? He is the one who gives himself completely to the Father in sacrificial worship. 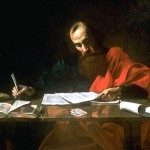 May 27, 2014 The Liturgy As The Union Of The Three Transcendentals
Recent Comments
20 Comments | Leave a Comment
Browse Our Archives
Follow Us!

Colbert and Tolkien vs. Trump
Catholic and Enjoying It!
Related posts from Inebriate Me