Look At Your Sin 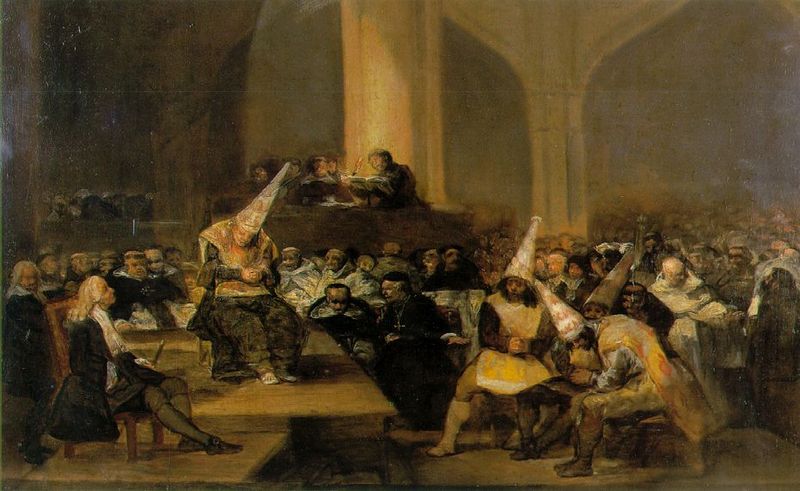 One of the most arresting scenes in Shakespeare’s Hamlet is when Hamlet confronts his mother Gertrude with the image of her dead husband, and compares it with the image of Claudius, her new husband. Gertrude has committed a great sin: she has married Claudius before she was done grieving for her husband; and maybe, deep down, she does know or suspect that Claudius killed her husband but doesn’t admit it to herself. Hamlet violently confronts her.

Look here, upon this picture, and on this,
The counterfeit presentment of two brothers.
See, what a grace was seated on this brow;
Hyperion’s curls; the front of Jove himself;
An eye like Mars, to threaten and command;
A station like the herald Mercury
New-lighted on a heaven-kissing hill;
A combination and a form indeed,
Where every god did seem to set his seal,
To give the world assurance of a man:
This was your husband. Look you now, what follows:
Here is your husband; like a mildew’d ear,
Blasting his wholesome brother. Have you eyes?
Could you on this fair mountain leave to feed,
And batten on this moor? Ha! have you eyes?

“Have you eyes?” Hamlet repeats. And Gertrude sees and she is stricken with grief:

O Hamlet, speak no more:
Thou turn’st mine eyes into my very soul;
And there I see such black and grained spots
As will not leave their tinct.

But her instinct is to look away, to try to forget:

O, speak to me no more;
These words, like daggers, enter in mine ears;
No more, sweet Hamlet!

But Hamlet won’t let her; his language gets even more pointed and fierce:

A murderer and a villain;
A slave that is not twentieth part the tithe
Of your precedent lord; a vice of kings;
A cutpurse of the empire and the rule,
That from a shelf the precious diadem stole,
And put it in his pocket!

This scene has everything. Hamlet has just killed Polonius in a rage. The scene happens in the Queen’s “closet”, her private bedchamber, and as many stage directors have emphasized, there is a suggestion of incestual urge to Hamlet’s bodily, manly confrontation of his mother. Eros, thanatos, incest, murder, sin–everything is there, mixed up in this brew that Shakespeare makes us drink.

And in denying our own sin, we also deny our responsibility to help care for our brothers and sisters. “Am I my brother’s keeper?”, the complaint of the murderer, shirking responsibility. “What’s it to me?” “What can you do?” “How does this concern me?” “That’s life.” C’est la vie. Am I my brother’s keeper? Am I responsible for all the evils of the world? No, of course not–I’m not even responsible for my own evil.

“Have you eyes?” Jesus asks this also. Sometimes we need to be manhandled like Gertrude, sometimes we need someone not just to say things to us but grab us, sword in hand, and rub our face in our own muck, open our eyes, rub our own face into our ugliness. Gertrude is an adulteress, she worships at the altar of a false god, the god of security, the god of obedience, the god of pleasant daily voluntary ignorance.

Here is a headline from the Washington Post: “Bodies of 800 babies, long-dead, found in septic tank at former Irish home for unwed mothers”

In a septic tank. 800 babies. Let that sink in for a little.

The grim findings, which are being investigated by police, provide a glimpse into a particularly dark time for unmarried pregnant women in Ireland, where societal and religious mores stigmatized them. Without means to support themselves, women by the hundreds wound up at the Home. “When daughters became pregnant, they were ostracized completely,” Corless said. “Families would be afraid of neighbors finding out, because to get pregnant out of marriage was the worst thing on Earth. It was the worst crime a woman could commit, even though a lot of the time it had been because of a rape.”

According to documents Corless provided the Irish Mail on Sunday, malnutrition and neglect killed many of the children, while others died of measles, convulsions, TB, gastroenteritis and pneumonia. Infant mortality at the Home was staggeringly high.

“If you look at the records, babies were dying two a week, but I’m still trying to figure out how they could [put the bodies in a septic tank],” Corless said. “Couldn’t they have afforded baby coffins?”

Special kinds of neglect and abuse were reserved for the Home Babies, as locals call them. Many in surrounding communities remember them. They remember how they were segregated to the fringes of classrooms, and how the local nuns accentuated the differences between them and the others. They remember how, as one local told the Irish Central, they were “usually gone by school age — either adopted or dead.”

According to Irish Central, a 1944 local health board report described the children living at the Home as “emaciated,” “pot-bellied,” “fragile” and with “flesh hanging loosely on limbs.”

Corless has a vivid recollection of the Home Babies. “If you acted up in class, some nuns would threaten to seat you next to the Home Babies,” she said. She said she recalled one instance in which an older schoolgirl wrapped a tiny stone in a bright candy wrapper and gave it to a Home Baby as a gift.

“When the child opened it, she saw she’d been fooled,” Corless told Irish Central. “Of course, I copied her later and I tried to play the joke on another little Home girl. I thought it was funny at the time…. Years after, I asked myself what did I do to that poor little girl that never saw a sweet? That has stuck with me all my life. A part of me wants to make up to them.”

You can read the whole thing. You should.

Here is my point. You did this. I did this. We did it. This was Catholic Ireland, not so long ago. It wasn’t the Crusades and the Spanish Inquisition all those eons ago. It was yesterday. These were nuns. These were members of the Body of Christ. “Bon Secours” nuns. Good Help. Taste the bitter, bitter irony.

I am a Roman Catholic. I believe that Jesus Christ founded a Church, which is His Body, a New Covenant for the salvation of humankind, a body through which I am incorporated by baptism and faith, one Church, holy, catholic and apostolic, infallible in matters of faith and morals, endowed with the Spirit, and with which I sustain communion through sacraments and good works, and that through the Church’s treasury of merit, bequeathed in and by Jesus Christ, I can be saved by the grace of God. I believe these things with all my heart.

But if I share in the treasure, it means I share in the sin. My sin is the sin of the Church. And the sin of the Church is my sin. This sin, this maltreatment of babies and young children, this offense against the most precious and good of creation, against the least of these, against these images of God created out of pure generosity and destined for eternal glory, this offense, it is ours. It is mine. The Church did it. Not “some sinners in the Church.” Not some people over there. Not Eve. The Church did it. Which means I did it. You did it.

A murderer and a villain;
A slave that is not twentieth part the tithe
Of your precedent lord; a vice of kings;
A cutpurse of the empire and the rule,
That from a shelf the precious diadem stole,
And put it in his pocket!

This is the Church. This is your Church. Look at it. Have you eyes? Not the glorious body of the Risen Christ, but the battered, weaken, humiliated body of Calvary, crucified on your order. Not the Spirit of Life of Pentecost, but the demon of disfigurement and division which we know so well–and if you do not know him, do not worry, he knows you. Have you eyes?

This is it. This is us. “The Church does not need reformers, it need saints”, Bernanos wrote. How many saints does it have? You? Me?

This is the Church. This is our Church. We did this. Just like we are accomplices of astonishingly unjust homophobia in Uganda and so many other places, and God knows what other evils, and I know you can think of a few. And until we realize this, until we realize that the Church can only be a penitent Church, and that we have to be penitents, and we are guilty on behalf of all and for all, until we do these things, we have no right to go by the thrice-holy name of Christian. We have no right at all.

Look at your sin. 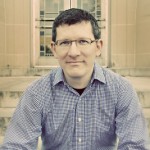 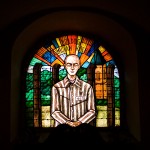 June 5, 2014 A Trinitarian Theology of Sacrificial Worship (And, Ergo, Morality)
Recent Comments
68 Comments | Leave a Comment
"https://en.wikipedia.org/wi..."
pgtipsster The Best Defense Is A Good ..."
"The point that leapt out at me from this post is the complaint that atheists ..."
Bob Seidensticker The Amazing Incuriosity Of The New ..."
"I'm glad to see the atheist reaction against New Atheism becoming more widespread. Although it's ..."
Steven Bollinger David Hume Against The New Atheism
"Which may indicate you don't actually know the Gospel. Tell me: if you died and ..."
Andy Inoculated
Browse Our Archives
get the latest from
Catholic
Sign up for our newsletter
POPULAR AT PATHEOS Catholic
1