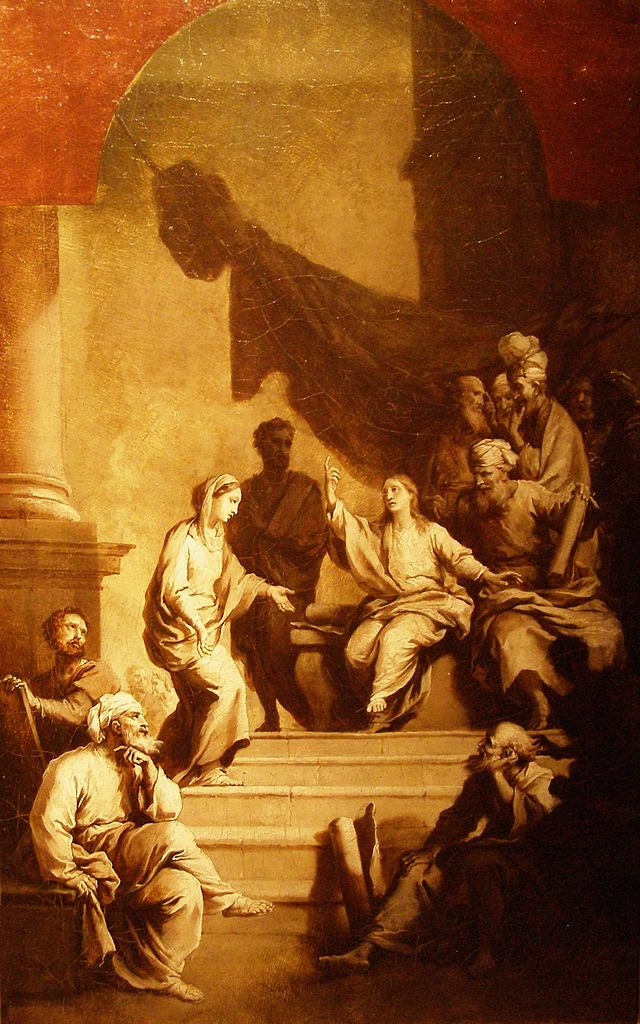 “In the magnificent cathedral, the Honorable and Right Reverend, the elect favorite of the fashionable world, appears before an elect company and preaches with emotion upon the text he himself choose: ‘God hath chosen the base things of the world, and the things that are despised.’

Here we go again. Pope Francis gave another interview. A bunch of people are unhappy that the Pope gives interviews, particularly conservative Catholics. But here’s a few points I would like to make.

First, there seems to be something strange as to how everyone is behaving as though a Pope’s comments being badly phrased / misinterpreted / taken out of context is an entirely new phenomenon attributable to Francis. In the Benedict era, a friend of mine in France who originally started out as a political blogger is now mostly known as a religious blogger because he spent so much time criticizing the media for talking out of their own behind in re: the Supreme Pontiff. In the minds of many conservative Catholics, the difference in evaluation seems to be that 100% of the Benedict Misperception is the fault of the media because Benedict is perfect and free of all sin original and actual and the media hate the Church, whereas the Francis Misperception is Francis’s fault because (take your pick) he is an imbecile who cannot string words together OR a closet Episcopalian who is sending out smoke signals to the progressive commandos waiting to storm the Vatican. I think I am being only slightly uncharitable.

Whenever Francis says something that confuses everyone, there seems to be two Party Lines:

I would like to propose a third option: Francis is an orthodox Catholic who knows exactly what he’s doing.

As evidence that Francis knows exactly what he’s doing, I would submit the tremendous success of his PR campaign, his extensive experience of media and church management, and also the fact that he’s a Jesuit, and Jesuits are always playing three-dimensional chess.

As evidence that Francis is an orthodox Catholic, I would submit, even bracketing a few sentences in a few interviews, everything he has said, done and written in his entire life.

What I would submit Francis is doing is that he is communicating Church teaching in a way that is purposefully shocking, both for evangelical purposes and for the purpose of teaching the faithful.

In this, he has a great precedent: none other than Jesus of Nazareth. When Jesus preached, he did not deliver theological lectures. He spoke in ways–this is undoubtable–that were purposefully hyperbolic and shocking to the sensibilities of his audience. When he denounces hypocrisy, he doesn’t offer some mealy-mouthed reflection on hypocrisy he talks about beams in the eye (ouch!). He talks about hating your parents. He calls people a brood of vipers–how much more vivid and insulting can you get? He tells people to sell everything they own. This was clearly an element of Jesus’ “style”: he shocked people not only by the things he said, although that was certainly part of it, he also shocked people by the manner in which he said it. He not only didn’t try to sugarcoat it, he made it as shocking as he could. And he was quite deliberate about it.

I love the fact that the Church has one of the most complex and subtle doctrines around. The world is complex, and therefore so is navigating it. And God gave us reason for a reason, which is to use it, and so it is to the glory of God that we build these great doctrinal and theological edifices.

We Christians are, in the word of Soren Kierkegaard, a band of scheming swindlers, who are very good at domesticating the Gospel, very good at sanding off its rough edges. Because we are Good Christians, we do not spit on it, no, no, instead we just go to very great lengths to convince ourselves that it doesn’t require what it plainly requires.

Again, I love the theological subtlety of the Church, but I sometimes wish bishops and priests spoke less in dissertations and more in vivid, shocking images.

Naked did you not drop from the womb? Shall you not return again naked to the earth? Where have the things you now possess come from? If you say they just spontaneously appeared, then you are an atheist, not acknowledging the Creator, nor showing any gratitude towards the one who gave them. But if you say that they are from God, declare to us the reason why you received them. Is God unjust, who divided to us the things of this life unequally? Why are you wealthy while that other man is poor? Is it, perhaps, in order that you may receive wages for kindheartedness and faithful stewardship, and in order that he may be honored with great prizes for his endurance? But, as for you, when you hoard all these things in the insatiable bosom of greed, do you suppose you do no wrong in cheating so many people? Who is a man of greed? Someone who does not rest content with what is sufficient. Who is a cheater? Someone who takes away what belongs to others. And are you not a man of greed? are you not a cheater? taking those things which you received for the sake of stewardship, and making them your very own? Now, someone who takes a man who is clothed and renders him naked would be termed a robber; but when someone fails to clothe the naked, while he is able to do this, is such a man deserving of any other appellation? The bread which you hold back belongs to the hungry; the coat, which you guard in your locked storage-chests, belongs to the naked; the footwear mouldering in your closet belongs to those without shoes. The silver that you keep hidden in a safe place belongs to the one in need. Thus, however many are those whom you could have provided for, so many are those whom you wrong.

That’s from Saint Basil the Great (hat tip), Church Father, Doctor of the Church, and according to many Church historians the greatest bishop in the history of the Church.

The bread which you hold back belongs to the hungry!

What do you think Rush Limbaugh would say to that?

Is Basil a pinko commie??

IS HE OVERTURNING OFFICIAL CATHOLIC DOCTRINE THAT SAYS PROPERTY IS A NATURAL RIGHT????????

“Of course not! He just misspoke, that’s all.”

Give me a break.

Basil knew exactly well what he was doing, which was to shock his flock out of their complacency to recall them to the Gospel.

Take Francis famous comment re: homosexuality, saying of gay Christians who seek God with a sincere heart, “Who am I to judge?” I continue to view it as a masterstroke.

Francis wasn’t just doing a savvy PR play, reminding the world that the Church welcomes all people, although he most certainly was doing that; I believe he was also teaching Catholics. He was not only not overturning traditional Catholic doctrine, he was restoring it to its fullness, which is the taking into account of the whole person and the emphasis on mercy and humility. Yes, in fact, if a gay person is Christian and struggling, and seeking God with a sincere heart, you should not judge them. In fact, this is also true of straight Christians. Saying this in no way abrogates any law or teaching. For the Pope himself to reiterate that only God is judge, that no man may judge another man, even the Vicar of Christ, that is a wonderful teaching moment for the Church.

I could go through all his headline-making statements, but I don’t have the heart here.

Of course, this pushing and challenging, if it is done well, is uncomfortable. It is uncomfortable, and sometimes it can seem unseemly. It is particularly unseemly if you view the Church not as the Body of Christ into which we grow in holiness, but as a political party engaged in a political contest for domination of the society–in which case, your main spokesman speaking off-message is a catastrophe. It is also unseemly if you have a quasi-Pelagian view of the world, whereby the Christian life is not fundamentally about union with God revealed in Christ crucified and risen, but fundamentally about obedience to rules and obtention of rewards by our own works; then anything that says anything about rules other than battening on them will seem dangerous. (Although Benedict had a very different style, trust me, he would agree with every word here.)

I don’t think anyone can deny that Francis’s PR campaign has been massively successful. But people think of it in terms of the Church’s image to the world. I also think he has been a very good pastor and teacher to his own flock. And I believe inside the Church too, he has been a successful teacher.

“Christianity is not a new philosophy or new morality. We are Christians only if we encounter Christ… Only in this personal relationship with Christ, only in this encounter with the Risen One do we really become Christians.”

July 16, 2014
Very Short And Partial Commentary On The Creed
Next Post

July 21, 2014 Review: David Bentley Hart, "Atheist Delusions"
Recent Comments
62 Comments | Leave a Comment
"https://en.wikipedia.org/wi..."
pgtipsster The Best Defense Is A Good ..."
"The point that leapt out at me from this post is the complaint that atheists ..."
Bob Seidensticker The Amazing Incuriosity Of The New ..."
"I'm glad to see the atheist reaction against New Atheism becoming more widespread. Although it's ..."
Steven Bollinger David Hume Against The New Atheism
"Which may indicate you don't actually know the Gospel. Tell me: if you died and ..."
Andy Inoculated
Browse Our Archives
get the latest from
Catholic
Sign up for our newsletter
POPULAR AT PATHEOS Catholic
1