It’s Not The War On Christmas, It’s The War Of Christmas

It’s Not The War On Christmas, It’s The War Of Christmas December 3, 2014 Pascal-Emmanuel Gobry 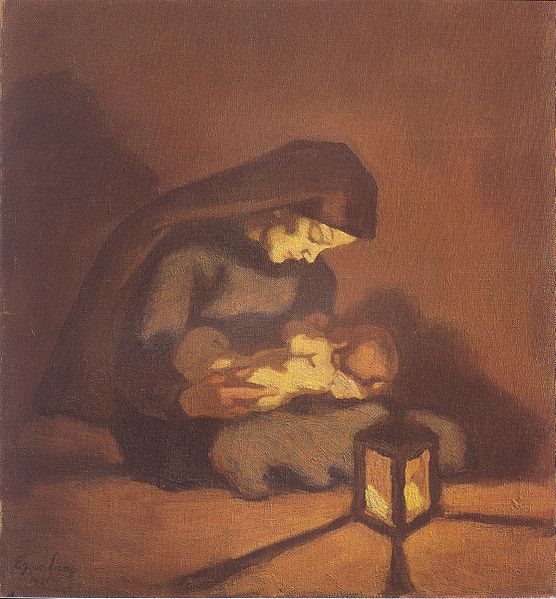 The first verse of the Gospel of Mark: “The beginning of the gospel of Jesus Christ, the Son of God.”

This phrase sounds extremely innocuous to us today, but awareness is growing of the profound radicality of those lines at the time when they were written.

The word “gospel”–evangelion–typically referred to news from the Roman Emperor–typically some great military victory, or the enthroning of a new Emperor.

And the phrase “Son of God”–huios tou theou or divi filius–was also an imperial title since the time of Augustus, adopted son of Julius Cesar, who had been divinized.

What is more, the most likely origin of the Gospel of Mark is that it was written in Rome from Peter’s oral preaching–either with Peter participating, or by Mark after Peter’s death in Nero’s persecution of the Christian community. So at the heart of the Roman Empire, this small community, perhaps right after its leader and many other members have been murdered by the most powerful state in history, produces a book whose first line is: “The beginning of the gospel of Jesus Christ, the Son of God.”

Cur Deus homo? Why did God become man? It is impossible to give an exhaustive answer to this. But the Hebrew Scriptures are clear at least on one thing: when the God of Israel returns to His Temple, he will strike a massive victory against the forces of evil:

The Lord put on justice as a breastplate, and a helmet of salvation upon his head:
he put on the garments of vengeance, and was clad with zeal as with a cloak.
As unto revenge, as it were to repay wrath to his adversaries, and a reward to his enemies:
he will repay the like to the islands.
And they from the west, shall fear the name of the Lord: and they from the rising of the sun, his glory:
when he shall come as a violent stream, which the spirit of the Lord driveth on:
And there shall come a redeemer to Sion, and to them that return from iniquity in Jacob, saith the Lord.
This is my covenant with them, saith the Lord.

One of the clearest motifs in the life of the Church was precisely this: that, at least in part, Jesus had come to wage a battle with the forces of evil, forces of evil which hold creation in bondage, and to whom emperors and idol cults are like henchmen, and that in his Cross and Resurrection he had defeated them.

And despoiling the principalities and powers, he hath exposed them confidently in open shew, triumphing over them in himself.

A triumph. A Roman procession to celebrate a military victory.

What happened, exactly, in Bethlehem?

We know how the Gospel writer Luke describes it: as the birth of the King of the Universe, to whom the Roman Emperor is like a pygmy. As I wrote in another post:

Luke’s entire infancy narrative is basically a giant middle finger to Rome. “He has brought down the powerful from their thrones, and lifted up the lowly,” Mary says in her Magnificat. Who do you think Luke had in mind? The birth of Jesus takes place in the shadow of the Emperor’s census, but Jesus’ birth is consistently described in royal terms. Do you remember that scene in Crocodile Dundee, someone tries to rob the protagonist at knife-point, and he pulls out his machete, and says “You think that’s a knife? That’s a knife.” The birth of the Davidic King is greeted by the “heavenly host” of angels. That’s Luke saying to the Emperor, who controlled the mightiest military in the history of the world, “You think that’s an army? That’s an army.”

Luke was a friend to Paul, and probably watched him die in Rome before he wrote the Gospel.

How do we fight this war?

Not by yelling at Walmart greeters who say “Happy Holidays.” Not with consumerism. Like Jesus fought his. With increased penance and asceticism and prayer and reception of the sacraments. With corporeal works of mercy. With peace, mercy, some truth-telling, and a very large heaping of loving-kindness.

This is our D-Day: this is the most stupendous claim of Christianity. Our King does not have a crown of gold, he has a crown of thorns. He is born in a manger–he will win the Universe by becoming food. This little child, this carpenter’s son, born in a little nothing-burger of a town on the edge of the Empire, he is the ruler of everything. He is YHWH, the God of Israel, showing who he truly is:meek and humble of heart. A child. A servant.

This is something that the demons will never accept–cannot ever accept. They will always fight this evangelion.

Joy to the world! Our Lord is come! Let us receive our King!

December 2, 2014
Book Review(ish): David Bentley Hart, "The Beauty of the Infinite"
Next Post

December 5, 2014 How Shameful Is Shame?
Recent Comments
29 Comments | Leave a Comment
"https://en.wikipedia.org/wi..."
pgtipsster The Best Defense Is A Good ..."
"The point that leapt out at me from this post is the complaint that atheists ..."
Bob Seidensticker The Amazing Incuriosity Of The New ..."
"I'm glad to see the atheist reaction against New Atheism becoming more widespread. Although it's ..."
Steven Bollinger David Hume Against The New Atheism
"Which may indicate you don't actually know the Gospel. Tell me: if you died and ..."
Andy Inoculated
Browse Our Archives
get the latest from
Catholic
Sign up for our newsletter
POPULAR AT PATHEOS Catholic
1

The Reputation They Deserve
Steel Magnificat
Related posts from Inebriate Me