Why Catholics Can’t Sing And The Crisis Of Catholic Education

Why Catholics Can’t Sing And The Crisis Of Catholic Education March 2, 2015 Pascal-Emmanuel Gobry

First Things has a great little post by a dejected Lutheran convert about how Catholic liturgical singing is like “plaintive squeaks from depressed marmosets.”

This is a permanent pet peeve of mine.

And yes, this is something parish priests should do more about. You know the phenomenon of how a church will be crowded–except the two front pews. I knew a priest who often wouldn’t start Mass until those pews were filled. He would go out in front before Mass and ask people to move to the first pews. One of the few 70s-style liturgical tics I wouldn’t mind at all would be for the priest to go “Sing it! Can’t hear you!” etc. during the entrance & exit hymns for a few weeks until everyone is trained to actually sing.

One additional failure I would like to point to is the failure of Catholic schools. Catholic school all my life–I was never taught how to sing. If the liturgy is “the source and summit of the Christian life” and if we are beckoned to “active participation” then shouldn’t singing be something that is as important to teach as the Catechism? (Yeah, yeah, we don’t teach the Catechism either, you’re right.)

But it actually goes even deeper than that. The great failure of Catholic schools, going back to the 19th century, is that they have swallowed wholesale the erroneous Cartesian-Lockean metaphysical view of human nature, which is the master framework of modern schooling. The mind and the body are separate, so classrooms have chairs and desks so that the body can be turned off while the mind works. Children are blank slates on which knowledge is imparted by the teacher. And finally, education is about the imparting of abstract knowledge, not a mystagogic participation of the whole person in the true, the good and the beautiful. (This excellent chapter (PDF) by Prof Angeline S. Lillard does a great job of laying out the disaster of the Modern vision of education.) 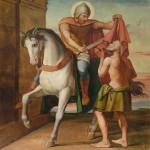 February 25, 2015
The "Demands of Propriety" and the Hands of the Living God
Next Post 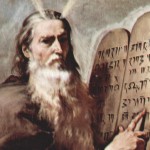 March 3, 2015 When Did God Stop Beating His Wife?
Recent Comments
0 | Leave a Comment
Browse Our Archives
get the latest from
Catholic
Sign up for our newsletter
POPULAR AT PATHEOS Catholic
1