Reflections on College, Work, and the Truth about both.

February 28 marked six months I have spent in my first full time job. I graduated college in May after having worked several part time and temporary jobs to pay for my education. During the summer of ’13 I made an important decision: I would delay seeking my Master’s degree and instead find full time work, which would allow me to save money (after several years of spending the majority of what I made). Six months after being hired on by a locally owned mortgage firm, I can’t say with confidence that I would repeat that decision.

Looking back, I realized I had made several assumptions about full time work which turned out to be either half or not true. I reasoned that full time work would be more financially viable than trying to go to school. I was understandably tired of paying tuition and ready to “make my degree work for me.” But that notion has only turned out to be halfway accurate. For one thing, a bachelor’s degree is a limited source of job viability. Living in Louisville, Kentucky has been a double edged sword in that sense; a university town that is teeming in schools and graduates has an intense corporate competitiveness; in other words, companies don’t have to be picky. My undergraduate degree is in theological philosophy, which is obviously a graduate school-track subject; such a certification isn’t very marketable. A bachelor’s degree that isn’t in business, marketing, or accounting seems unlikely to pay for itself. I don’t necessarily want to complain about my income. I am blessed to be where I am right now. However, I should point out that a girl who works less than 10 feet from me and is also fresh out of university is making more than I am because her degree is in graphic design, a coveted skill in business.

The worth of the 4 year undergraduate degree is being hotly debated today. For my own part, I believe a great many college students are wasting valuable time and money pursuing an outdated, professor-absent education. But I don’t count myself among that number. I believe my interests and gifts demanded a college degree. I reckon myself fortunate and blessed to have drank deeply of the intellectual culture of my school. But I must admit it is a jarring experience to feel such an intense disconnect between the 5 years I spent in school and the six months I have spent in the workforce. My passions and deepest concerns are rendered merely “hobbies” in the vast tundra of finance and business.  My lack of understanding of basic economic concepts has sent me  in a time warp to an intellectual tabula rasa. The small amount of academic training that has translated to my job has been almost entirely grammatical. To push back and reflect on this has a troubling effect. I cannot but feel that time and effort has been wasted; the question is, was it time and effort two years ago, or is it now?

I have no genuine fear that my current situation is permanent or that I will be unable to build a career more suitable for me. But these reflects on the disconnect between my education and my occupation have given me pause. Additionally, I find myself wishing that teachers and counselors in high school would have been more honest about the purpose of college and what life was like beyond the classroom. Virtually everyone was so focused on getting me and my peers into university that no thought occurred as to what the value might be of what actually happens there. Being a good student and being a good employee are not at all the same thing, and now I find myself wondering if they bear any relation to one another at all. In the mean time, I will resume my preparations for a marketing event being held next week. If I have energy tonight, maybe I’ll read a book.

March 4, 2014
3 Really Bad Movies (You Should Definitely Watch)
Next Post

Looters and Rioters Don’t Care About...
The Chorus In The Chaos
Related posts from Samuel D. James 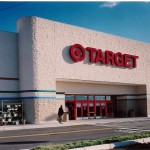