Do Not Become Part of the Abomination

Do Not Become Part of the Abomination May 14, 2015 Sherry Weddell

I have spent years listening to Catholics talk hopefully (or gleefully!) of certain groups of Catholics – whose theological or liturgical leanings they fear and despise – leaving the Church. Now, in light of the release of the grim Pew statistics, I am being asked by puzzled Catholics of great faith and good will, “were those who have left (and are leaving as I write these words) ever *really* part of us? Won’t it just be better if we are a smaller and more fervent Church? Didn’t Pope Benedict say so?”

Belonging, as you know, is very complex and mysterious thing. All those validly baptized “belong” to Christ and to us through the baptismal character that they have received and can never lose (we believe by faith). And of course, none of us knows what other strands of belief and connection exist in the hearts of people, hearts that are, like ours, calling us in different and often contradictory directions.

Whenever I hear these sorts of questions, I know that we cannot have grasped what is at stake. We cannot have grasped the nature of the immortal beings whose disappearance we are willing to accept or even, God forbid, are hoping will leave the fullness of the means of grace. We must recognize that it is a form of profound disobedience, a kind of blasphemy, for us to wish for, in the name of purity or inevitability, what Christ himself prayed with great intensity would never happen: that he would lose one of those that his Father had given him.

When Pope Benedict recognized the likely possibility of a smaller Catholic church, he was merely reading the signs of the times – recognizing that western Christendom, as it has existed for the past 1200 years, (as opposed to western Christianity) is well and truly dead.

That the Church must look again, as she has in the past, not to institutions or societal favor but to the power of the Holy Spirit, the redeeming work of Christ, the truth of the apostolic faith, to the deep personal faith of her people, to the fruit of profound prayer and worship, to the intercession of the communion of saints. And to the charisms, vocations, saints, cultural creativity, and mighty deeds that arise out of such faith. The faith that gave birth to the structures and cultures of western Christianity in the first place.

But never, never that we should cease to pray for, long for, labor for, and call every man and women to encounter Christ in the midst of his Church. That we should accept, cooperate with – or most appallingly, rejoice in – events and changes that endanger the eternal glory of millions and millions of those redeemed by Christ’s sacrifice and baptized in Christ’s name is an abomination.

“It may be possible for each to think too much of his own potential glory hereafter; it is hardly possible for him to think too often or too deeply about that of his neighbor. The load, or weight, or burden of my neighbor’s glory should be laid on my back, a load so heavy that only humility can carry it, and the backs of the proud will be broken.” – C. S. Lewis, The Weight of Glory 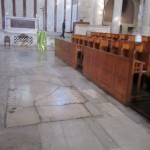 What Not to Say to a...
Steel Magnificat
Related posts from Intentional Disciples

Catholic
4 Points of Comparison: Pew results vs the...
Intentional Disciples

Catholic
What God Will Do, Despite the Pew...Study...
Intentional Disciples 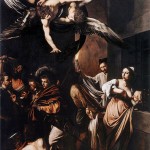