Have you seen ‘Lars and the Real Girl?’ If not, stop reading this—no seriously, right now—and go watch it. I’ll wait…

Ok, now that you are back… you have been transformed in some deeply spiritual way. Suffice it to say, I find this movie to be cinematic perfection. The people are real—painfully, imperfectly real—and do not look at all like Hollywood super stars (though some of them are). The landscape, though bleak and cold, comes through with such clarity that you feel you can climb into it. The relationships are broken. The town feels like a place you’ve been a million times—maybe even a place where you grew up. And one of the main characters is a blow-up doll.

She doesn’t have many lines. But over the course of a 90-minute movie, she changes everything.

Short premise (in case you didn’t listen to me and watch immediately): Lars (Ryan Gosling) lives in the garage of his family home—brother and pregnant sister-in-law live in the big house. They are beginning to worry that Lars is going through…something. He seems withdrawn. Suddenly, he turns up and says he’s met a girl. They are excited and invite her over for dinner. Lars shows up and new girlfriend is: a blow up sex doll he’s ordered online. And he thinks she’s real. Brother and sister-in-law, understandably, rush him to the family doctor. Who, upon examination, declares that Lars is not crazy, he’s just having a delusion. Probably brought on by some emotional upset, it will pass with time. And all they can do is go along with it. This is the story—Lars’ family, friends, co-workers, neighbors, and church—learning to just roll with this imaginary girl that he’s brought into their midst.

Spoiler alerts all around here, but, by the end of the movie: the bleak, frigid, Midwest town is moving into springtime; the tenuous relationship between Lars and his brother has thawed and evolved into something real; Lars, himself, has laid the doll to rest and connected with a ‘real girl;’ the small community—once the very image of boredom and monotony—has come to life under the adventure of pretending one of their own into new life.

And the Church…yes, there’s a Church in this movie…The church, that was dead-ass empty in the opening scene, is alive and full of people at the end. How does that happen?

I trace the critical moment to an earlier scene, following the family’s meeting with the doctor. Several church members gathered in the basement with the pastor, and discussed ‘what they were going to do about this.’ They  couldn’t possibly allow a crazy person—much less his doll—to sit with them in CHURCH.

And yet, somehow, they do.  At some point in that conversation, the small gathering made an intentional decision to embrace this troubled young man with compassion. To welcome him, love him as they’d always done, and even welcome ‘Bianca’ as a member of the fold. At one point, she is singing in the choir. Wearing a robe even. That is love, people. That is the Kingdom of God. A blow-up doll, wearing an ugly gold robe and holding a hymnal. Yes.

Maybe, at first, the town folk come to church to witness the freak show that is Lars. They want to see the spectacle for themselves. But what they witness, on arrival, is a miracle of hospitality. A church that is learning to get over itself, its expectations of ‘normal,’ and its fears of ‘what the town might think.’ In the process, they embody the love of Christ in a powerful way.

This is not a movie about church. It is a movie about the healing power of family and community. And yet—the church in this film allowed itself to be a part of that story. And by extension, they, too, were transformed.

This is the simple math of the Holy Spirit. The church that learns to open its doors to the ‘other’ will be changed from the inside out. Sometimes, it takes realizing there is an ‘other’ already sitting in the pew next to us…But once we awaken to the call of radical inclusion, there is no end to what God can do in our midst.

A few years ago, my church was small and dying. We live in the urban desert—rather than a frigid small town—but our sanctuary was as near to empty as the one in the movie. Our financial situation was grim. Visitors came and went, finding little to keep them here. The faithful remnant served, and sang, and gave, and showed up; but man, were they ever tired.

Maybe we didn’t have a critical turning point, centered on a single, movie-worthy scene of discourse. But here’s what I know to be true: we got over ourselves, we stopped being afraid, and we let go our concerns for ‘what the neighbors might think;’ we said we would welcome everybody (and we meant everybody) and now our church looks like the end of a great movie, and not just the beginning of one.

Since extending an affirming invitation, we have welcomed into our midst: some musicians, some teachers, some youth group leaders; some folks with money, and some folks with little; a Community Ministry leader, a property caretaker, a VBS coordinator, a certified labyrinth facilitator; some seminary-educated folks, worship leaders, deacons, children, military men and women, athletes, writers, and visionaries…

Some of these folks happen to be LGBT. Some are straight allies, intentionally choosing an affirming church. Some were just sick of the shiny, Hollywood gloss that covers the gospel at other churches. And some wandered in saying ‘what does Open and Affirming mean?’ And they have been transformed along with the rest of us. Whatever brought them initially, they witnessed a miracle of hospitality, and stayed to share the story.

The simple truth is—invite people, and they will come. If you invite EVERYbody, then everybody comes. All sorts of everybody. It is not superstition, it is not shallow prayer work (‘we asked, and God gave’) and it is not even a means to an end, like a ten-point evangelism plan. When we engage in the spiritual discipline of hospitality, we are better equipped to welcome those who come seeking; we are better prepared to meet them where they are, and extend the love of Christ to them in a way that is relevant and life-changing. We have more room at the table, more money in the bank, more hands to do the work, and more voices to sing the song. It is the simple math of the Holy Spirit, the best of all transformation stories, and the good news of Easter—the presence of life, where there was none. Thanks be to God.

Congratulations, President Trump: You Got Your...
Freelance Christianity
Related posts from Irreverin 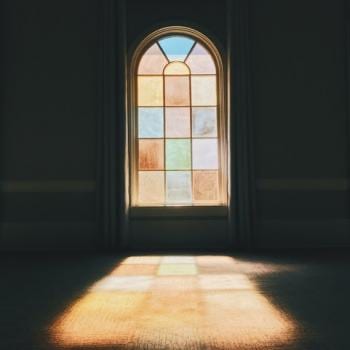 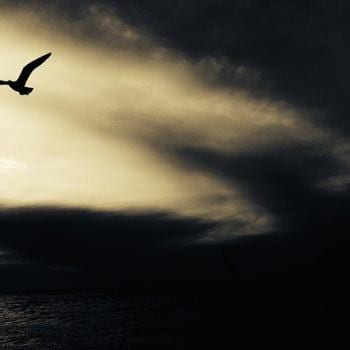 Progressive Christian
Into Your Hands
Irreverin 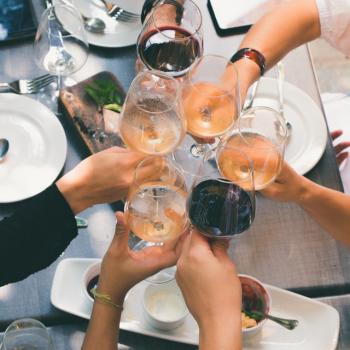 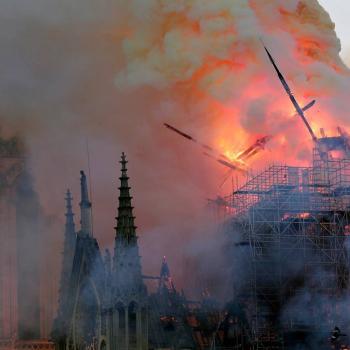 A Book You'd Be Surprised To Learn That...
A few years ago, Mike Bird posted the first "Let's all do...

My Confession: I Was Wrong
I’ve been wrong about so many things in my life and ministry....
view all Progressive Christian blogs
What Are Your Thoughts?leave a comment
Copyright 2008-2020, Patheos. All rights reserved.