Whose Flag Do You Carry?

It’s been several days, and I know that none of us has the adequate words to process, contextualize, or move forward from the events of last Wednesday. We are unspeakably disturbed, having witnessed just how fragile our democratic systems, and even the buildings that house them, truly are. We are deeply concerned that more violence is coming, that things will get worse before they get better. And if we’re being honest, we are wondering if some of our relationships might not survive the widening breach between the narratives of our national identity.

For me, I think that’s most unsettling. We are far beyond anything that might be construed as “disagreeing about politics,” or even opposing ideologies. What we face are divergent realities. A basic disconnect between what is true and actually happening, and a network of lies, propaganda and misinformation so deep and complex that it will take extraordinary acts of courage, humanity, and leadership to begin extricating them. Possibly even a miracle…

Of all the images to capture that complexity, what stands out to me most is the sea of flags that covered the Capitol grounds in the midst of the insurrection. There were American flags, and there were Trump flags. Everywhere. There were disturbing hybrids of the two, implying that what it means to be American is now intertwined with one’s identity as a Trump supporter. (Side note- pretty sure you aren’t supposed to defile the American flag with words and images like that, but tell that to the “patriots” who major in cognitive dissonance…) There were confederate flags; and that one chilling, now-viral image of a man walking through the Capitol lobby waving the flag of sedition. There were NRA flags. There were Blue Lives Matter flags– ironic AF when you figure that this same mob carried out violence against police officers, even killing one of the souls on duty that day.

There were Nazi flags, and symbols of various other hate groups. And the flags showing Trump himself as a totally ripped, shirtless, gun-wielding super hero– no khakis or golf clubs in sight.

And then, of course, there were the Christian flags. The signs of the cross. The variations of “Jesus saves” and “Jesus is my savior, Trump is my President.” And the giant centerpiece that just said “Jesus 2020.”

The convoluted nature of this messaging is nothing new. For decades, we’ve been watching the gradual mutation of the “Christian = conservative” brand, the false equivalencies of guns with the values of our faith. And of course, the harmful roots of nationalism and White Supremacy are baked into the very being of American Christendom, whether we like it or not. In many ways, that unsettling sea of flags unfurled on the physical grounds of our governance was a predictable episode in our long history. We are, and have always been, a people that idolize power and privilege while claiming to worship a God of grace, and following in the way of a nonviolent savior. It is only natural that the lines blur between our varied sets of values, that we get mixed memos about what it means to be American and Christian; and that, in all the confusion, some end up worshiping a deeply flawed man instead of the Christ their standard bears.

One of my lingering questions is- was Wednesday a dramatic culmination before we begin the hard work of digging deep, untangling some of those images and identities? Or was it just a clarifying moment in a new season of chaos that is just getting started?

I know what I fear- and I also know what I hope. And one thing my faith teaches me, when I can lift it up out of the quagmire that is our national discourse, is that I am called to act on my hope, and not my fear. Fear is the way of death, and manifests in death-dealing systems; acting on hope is the way of Jesus.

Our challenge right now, friends, is to decide again what flag we will carry. What is the sign and symbol of our lives? What do we want our friends and neighbors to see in our words and actions, and who will we choose to be in the midst of such tumultuous times? Something about the words “choose this day whom you will serve” come to mind… But it is not just about choosing, in some abstract philosophical sort of way. It is about choosing, and then acting upon, in a way that is clear and visible. In a way that transforms our communities, and claims the public witness of Jesus followers as one of healing and restoration.

What does that look like in our own relationships right now– in our strained friend and family connections, our public activity? I’m not talking about literally carrying around a Christian flag as you go about your life. But as we continue to sift through the events of this week (and, I’m sure, of the weeks to come); as we process the distorted symbols of our faith and the chaos of mixed messaging that pervades not only our public spaces, but our digital ones as well; know that our words and our actions are the flag we carry. What does yours say?

Each life lost on Wednesday was a tragedy- from the officer who was defending our democracy to the rioters seeking to overthrow it. Each was a victim of a system that dwells in fear and not hope; that deals in lies and manipulation, and values power above all else. And as we know- that way lies death. The irony of all those Jesus flags in the midst of the chaos and destruction is the very truth it proclaims: Jesus does, in fact, save. He is, in fact, the way–when other ways lead to death. He is still truth; when other ways are littered with conspiracy, lies, and misinformation. When those who raise that flag act in ways that counter its benediction, we are called to the work of reclaiming its truth.

We hold some truths to be self-evident– that all are created equal, and that all are created in the image of God. This is where my faith and my American values intersect, on a good day, and here is where we might find some stable ground on which to build from here. There are no easy answers- no memes or sound bites or  flags that can capture all that- but we can proclaim it with our lives. 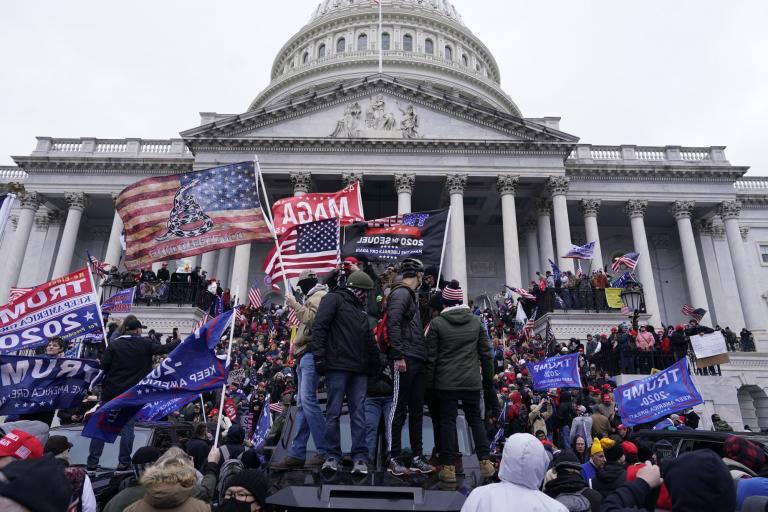 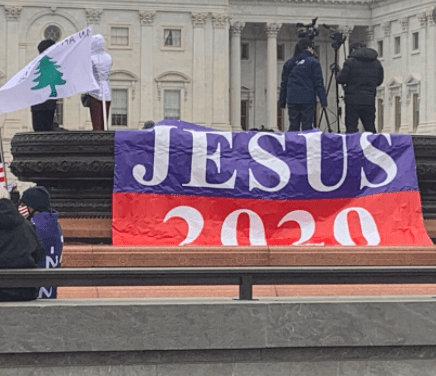 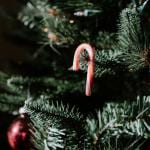 December 20, 2020
Hard Candy Christmas: And Other Songs You Need This Year
Next Post 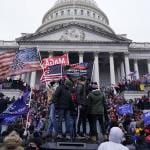