The Pennsylvania representative predicted his legislation could win support in the Republican-controlled Congress — unlike a bill from Democrats that has been stalled since last year — in part because it would provide carve outs for people with religious objections to LGBT people.

Let’s stop right there for a moment. I know a lot of social conservatives who would balk at the suggestion that they have “religious objections to LGBT people.” In the public debate about how the culture war’s winners will treat the losers, this is an important point.

Language like “religious objections to LGBT people” is not a fair or accurate way to characterize people who wish to run their institutions in accordance with their belief that marriage is between a man and a woman.

I think and write a lot about the role of religion and public life. In general, I am pro-religion. People and organizations motivated by their faith contribute a lot to the common good. Certainly they should do more. But I am very hesitant to support the state forcing people to act against their consciences.

We will soon know more about Rep. Dent’s nondiscrimination bill. But as a starting point for discussion, we must protect conscience rights to the greatest degree possible. I continue to believe there are sensible compromises that protect both the rights of LGBT people and the liberty of social conservatives.

My whole view is that you shouldn’t be able to discriminate against someone in hiring on the basis of sexual orientation. The country is evolving, and many of my colleagues feel that the party needs to evolve on this along with the rest of the country.”

There are legitimate points of conflict between LGBT Americans’ civil rights and social conservatives’ religious liberty. But it is unhelpful to ascribe “religious objections to LGBT people” to Americans who believe that God created us male and female, that marriage is by nature the union of a man and a woman, and that sexual relations are properly reserved for such unions.

Journalists should avoid language that dismisses social conservatives’ affirmation of human dignity and unhelpfully reduces LGBT people’s identity to the specific expressions to which most religious traditionalists sincerely object.

Social conservatives and LGBT-rights activists must seek to understand each other’s views and describe them as accurately and charitably as possible. 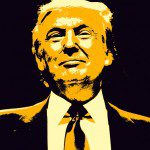 June 22, 2016
Not Every Evangelical at Trump's Meeting Supports Him
Next Post 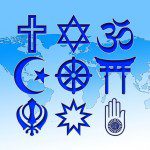 To Those Christians Who Say, "God...
The Official Blog of Benjamin L. Corey
Related posts from Capitol and Cathedral