Religion and Politics: Promise and Peril

Religious faith has the power and promise to point people beyond themselves, their ideologies, and their own narrow self-interest. Most political thinking grounded in faith focuses on the common good and love of neighbor. If love means willing the good of the other, then faithful politics seek conditions that facilitate human flourishing for all.

Of course, plenty of political ideologies and platforms claim the common good as their end. But parties are primarily about the winning and keeping of political power. Religions, by their very nature, are more fundamentally concerned with questions of ethics, morality, and justice.

Every country has historical, legal, and cultural features that make government difficult for either political parties or religious groups to easily change. The United States is a constitutional republic with built-in structures like federalism, separation of powers, the separation of church and state, and a two-party system. American political culture honors majority rule, upholds minority rights, values pluralism, celebrates rights and liberties, and elevates the individual. Religious people and institutions can and should seek to improve the political order, but they usually must do so within a set of constraining structures and values that they acknowledge and affirm.

Yet religion often challenges prevailing political values. Americanism is individualistic, while religion speaks to collectives: families, communities, and entire societies. But religion also has much to teach about individual virtue, and of course strong families and good societies need virtuous individuals.

America values autonomy, confidence, self-expression, and even self-definition. Religion typically pushes back against these tendencies, stressing instead submission, humility, a sober acknowledgement of human nature, and the reality of sin and evil. States and markets conceive of individuals as creators of social and financial capital. Religion reminds men and women that God is the ultimate creator.

The role of faith in politics is to recognize competing values and point toward the common good. Religions are more adept than governments or political parties at discerning, refining, and transmitting visions of human flourishing. 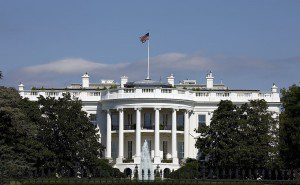 I have written elsewhere about the challenges religious faith poses to partisanship, but the best and most concise explanation I ever heard comes from a Catholic bishop, Robert McElroy. I commend His Most Reverend Excellency’s brief remarks in their entirety, but note his plain yet prescient analysis of how “the current structure of American political parties bisects the common good.”

The Republican Party better reflects the commitment to protect unborn life, reject euthanasia, and promote religious liberty. The Democratic Party witnesses more effectively to Catholic teaching on the issues of poverty and inequality, immigration reform, restorative justice, and the environment. On the critical question of family life, each party reflects certain key elements for the core common good, while on the issues of the radical need to address global poverty and the fundamental question of the role of warfare in American foreign policy, neither party embodies even and acceptable threshold commitment to achieving the Catholic vision of justice and peace in the world.

At this moment in 2016, as the two parties have settled on their nominees for President of the United States, a rich opportunity exists for people of faith to robustly engage and challenge the parties’ defective values.

The Republican Party, effectively commandeered by a narcissistic reality TV star, risks its hard-earned reputation for broadly reflecting the principles of conservatism on economic, foreign-policy, social issues. While it is in some ways refreshing to have a politician on the national stage who is not a hardened ideologue or a smooth-talking partisan, we now must wonder whether the Republican Party stands for anything other than whatever Donald Trump says in front of television cameras on a given day.

Self-professed Republican Christians are divided over whether and how much to support Trump as the party’s standard bearer. Once known as ideologues who disdain identity politics, the Republicans now answer to a growing nativist-populist segment of their party base.

The Democrats, long a populist, big-tent coalition of groups that want various things out of government, now experience vigorous ideological debates about the role of the state in ensuring a just and equitable distribution of income and wealth. Faith can helpfully inform these debates, but religion is increasingly not a reference point among Democratic Party leaders. Yet there remains a diverse core of Democratic voters for whom religion and family are at the center of their lives.

What Faithful Politics Is NOT

Since there is so much confusion and disagreement on the question of what role religion should play in politics, we must say something about what faith-informed politics is not.

Religion’s role in politics is not to bolster party platforms with Bible verses or imbue favored secular ideologies with divine sanction. Too many faith leaders in both parties have gained power and influence by upholding unchristian policies with a tortured “Thus saith the Lord.”

Neither is the goal to use state sanction, power, or money to impose one set of religious beliefs on the rest of society. Religious people may robustly advocate for favored policies, but they must be prepared to accept that often, the people’s answer through their civil servants, judges, and representatives is “No.”

The point of engaging religious principles in political thought is not to elevate one issue to the exclusion of others. Again, religious-ethical thinkers in both party coalitions have done this, perhaps with good intentions. But they quickly shut out the rest of what their tradition has to say, and conveniently ignore religious tenets that challenge party orthodoxy.

Faith-informed politics is fraught with competing values and interests. The challenges of pluralism and the necessity of commitment to nonreligious legal and constitutional frameworks make this work perilous: It is easy to do badly and difficult to do well. But faith has the power to transcend ideology and manifest love, justice, and peace among and between all people, whether brothers and sisters in faith or fellows in humanity. 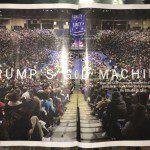 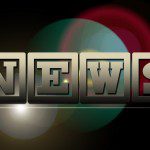 June 11, 2016 #Faith2016 News Roundup (June 11)
Recent Comments
0 | Leave a Comment
"Simple. His politics served Evangelical ends better than Hillary's did. The logical fallacy being projected ..."
Scot McKay Trump’s stunning admission about his evangelical ..."
"Your use of the term "homosexual" to refer to gay people, which is as offensive ..."
Self-Evident Truth Why opposing same sex marriage isn’t ..."
"i think it's a what we call "far right" in general thing and i think ..."
Brandon Roberts Why are white conservative Christians so ..."
"i personally feel people that it's bisexual with a different name however i also see ..."
Brandon Roberts Is fluid sexuality a Millennial thing?
Browse Our Archives
get the latest from
Progressive Christian
Sign up for our newsletter
POPULAR AT PATHEOS Progressive Christian
1

7 Reasons the Bible is NOT...
All Set Free
Related posts from Capitol and Cathedral