On June 27, the Supreme Court issued a 5-3 opinion that a Texas law designed to restrict women’s access to abortion is unconstitutional.

Never far beneath the surface in American politics, abortion is suddenly front-page news again. This is the most significant abortion-rights ruling in years, and religious leaders, politicians, and the rest of the elite media/activist class are fired up about it.

This fight isn’t over: The next president has to protect women’s health. Women won’t be “punished” for exercising their basic rights. -H

The abortion industry is not able or willing to police itself & allows filthy, deplorable conditions to go unchecked pic.twitter.com/tXDm08ZVQ5

The Clintons used to say abortion should be “safe, legal, and rare.” They don’t talk about the “rare” part much anymore. Clinton has evolved with the rhetoric of the pro-choice movement to dismiss any moral concerns about abortion. It is simply an inviolable, foundational right – the one on which female liberation and autonomy absolutely depends.

But Democrats do not fear losing many more voters over the party’s decision to oppose limits on abortion that enjoy public support. Consider that the demographic group dubbed the Faith and Family Left by the Pew Research Center preferred Barack Obama over Mitt Romney by a margin of 75-21 in 2012:

On the left today, the majority-non-white Faith and Family Left is highly religious and has much more conservative attitudes about the acceptability of homosexuality and abortion than do the Next Generation Left or Solid Liberals.

Thus even though there is a significant subset of Democratic voters with moral concerns about abortion, politicians have little incentive to acknowledge them. There aren’t many more pro-life voters for Democrats to lose, but there is an unfathomable price to be paid for deviating from the pro-choice consensus.

Trump has a significant opportunity to shore up, and even expand, his support among pro-life voters. Especially at the elite level, many conservatives have significant reservations about Trump. They say Trump is not a real conservative. If character matters for presidential leadership, then an obnoxious race-baiter is unacceptable.

But the strongest challenge Trump’s pro-life supporters offers hesitant fellow partisans is this: What about the Supreme Court?

The National Review’s Jay Nordlinger recently took up this question.

The Supreme Court is important, yes. It always is. In recent years, the Court has ruled screwily on gay marriage and Obamacare, to name two issues. But other things are important, too: like war and peace. And nukes. And the economy. And trade. And NATO. And Japan and South Korea. And not defaulting on our debt. And so on.

Trump’s silence on the day of the most consequential Supreme Court opinion on abortion in many years is mystifying, and perhaps indicative of his apathy or ambivalence on the issue.

“But what about SCOTUS?” is best argument pro-Trump people have so today’s failure to respond has got to hurt them.

If your main argument is that Trump will nominate pro-life judges, doesn’t his silence on the abortion ruling make you doubt his commitment?

On the one hand, Trump has been more blunt than other Republican presidential nominees. Whereas others disguise the abortion litmus test by speaking in code about judicial restraint, strict constructionism, and so on, Trump plainly says of his judicial nominees, “They will be pro-life.” Ordinarily, this would be a tremendous relief to anxious social conservatives entering into a partnership with a Republican politician who may or may not care much about their concerns. But they clearly do not think they are dealing with an honest man. 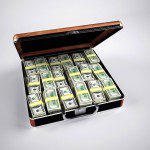 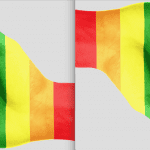 June 28, 2016 Does Christianity = Opposition to Homosexuality?
Recent Comments
0 | Leave a Comment
Browse Our Archives
Related posts from Capitol and Cathedral