I noted earlier that the leaked copy of Trump’s acceptance speech contained no references or allusions to God, Jesus, the Bible, faith, or religious liberty.

Here are some religion/faith angles on Trump’s comments (and omissions).

As delivered, Trump’s address kept a line from the draft thanking evangelicals for their support.

At this moment, I would like to thank the evangelical community who have been so good to me and so supportive. You have so much to contribute to our politics, yet our laws prevent you from speaking your minds from your own pulpits.

Trump added that he’s not sure he deserves evangelicals’ support. That’s a pretty stunning admission, given how many “evangelical” “leaders” have been falling all over themselves to line up behind Trump’s campaign.

The nominee did speak about tax exemptions, which is not even on most faith leaders’ radar screen. Trump evidently wants religious leaders to be able to be more political in their pulpits. But the limits that do exist on church politicking are loose and almost never enforced.

Trump did not say anything about the sanctity of life or criminalizing abortion. He did acknowledge the late Supreme Court Justice Antonin Scalia. But instead of speaking at that moment about pro-life judges, Trump said only that he would appoint a replacement with a similar judicial philosophy. But Trump has previously promised that federal judicial nominees would be pro-life.

Not a word. Trump gave no indication that he wants or intends to restore a legal climate that recognizes marriage as the union of a man and a woman. He might consult the GOP platform. But he probably won’t!

Nothing. Social conservatives, who are almost all religious, want assurances that they can run their institutions in accordance with their sincerely held religious beliefs that God created us male and female and that marriage is the union of a man and a woman. I strongly sense that, even after 13 months on the campaign trail, Trump does not understand or care about evangelicals’ concerns at all.

Trump did nod to school choice, something many Americans favor, particularly those who champion homeschooling or religiously-affiliated schools.

Compared with Republican and even Democratic acceptance speeches in recent elections, Donald Trump said very little about his faith or how faith shapes his political priorities. Religiously unaffiliated Americans and those who do not believe faith should influence politicians’ views might be relieved that Trump did not attempt to play up his religiosity more.

But religious voters, particularly social conservatives, are right to be very worried that Trump simply does not understand or prioritize their concerns.

July 21, 2016
Trump's acceptance speech has no mention of God or faith
Next Post 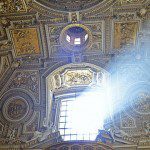 July 23, 2016 What kind of Catholic is Tim Kaine?
Recent Comments
0 | Leave a Comment
"ooooo~ his blood is boiled~eF.M6K2N.ME/a10340Jy"
Anya Lee Billy Graham: A Non Prophet, with ..."
"What if all high elves just act like this?x.DH5WZ4E.CYOU\j10340pF"
Rainbowslime Undertaker to bereaved gay man: ‘We ..."
"ml's mom's hair was pinkP.657HW.US\jt10340A"
ThatNoLifeArtist Evangelicals and the Trump train
"ikr, i thought the same thingQ.SRSRR.CN/x10340T"
Mishre Sam Browback, soon-to-be ambassador
Browse Our Archives
Related posts from Capitol and Cathedral