Eric Metaxas opens up about his Trump support

A lot of people are saying that author Eric Metaxas’ endorsement of Republican presidential nominee Donald Trump was a powerful signal of approval from a prominent conservative evangelical.

While many respected evangelical leaders abhor Trump’s campaign and cannot bear the thought of voting for him, Metaxas emerged as a major voice willing to vouch for Trump, telling evangelicals, in fact, that they must vote for him.

So it caught my eye when a liberal religion journalist announced that he had interviewed Metaxas. 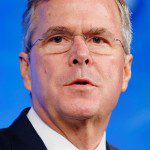 August 15, 2016 Trump's appeals to Utah voters in Deseret News op-ed
Recent Comments
0 | Leave a Comment
"Simple. His politics served Evangelical ends better than Hillary's did. The logical fallacy being projected ..."
Scot McKay Trump’s stunning admission about his evangelical ..."
"Your use of the term "homosexual" to refer to gay people, which is as offensive ..."
Self-Evident Truth Why opposing same sex marriage isn’t ..."
"i think it's a what we call "far right" in general thing and i think ..."
Brandon Roberts Why are white conservative Christians so ..."
"i personally feel people that it's bisexual with a different name however i also see ..."
Brandon Roberts Is fluid sexuality a Millennial thing?
Browse Our Archives
Related posts from Capitol and Cathedral