I was reminded recently that Nikos Kazantzakis’ 1955 The Last Temptation of Christ has Jesus, the carpenter, building crosses for his Roman rulers. Jesus is despised by his own people and crushed by his conscience. The voices in his mind plague him, until finally, he wakes up and goes to the dessert to find his true calling.

We have no idea whether this is historically accurate, though it’s not utterly foreign to what might have occurred. The Romans used the cross to discipline the Jewish people. The Romans put anyone, including Jews, on crosses lining their highways, where victims would slowly asphyxiate, as a notice to those who might rebel against the empire. Judas, a disciple of Jesus, was a rebel against this tyranny.

Jesus, as a Jew, broke with convention. He put himself against the empire, disturbing even his own family. And he paid the price.

I always wondered in my study of the New Testament, what made Jesus so allergic to conventions? In his interactions with disciples he asked them to bypass family duty (“let the dead bury the dead”); he cared for women in public; in the Sermon on the Mount Jesus argued that those who are truly blessed are those who mourn, who are meek, who are merciful, who are pure, who are peacemakers. Jesus preached an anti-prosperity gospel, and seemed utterly disinterested in what others thought of him.

Jesus didn’t “make it.” American culture is obsessed with success, with conventional forms of winning. Donald Trump says, “We don’t win anymore. When I’m president we are going to win so much that you will be bored.” It’s no surprise that Trump loves Dale Carnegie, one of the early progenitors of the prosperity gospel.

And I know what it means to make it—to be a success. I’m a tenured professor, with two brilliant daughters; I had a long time partner; I own a home in Seattle. And yet, and yet, when my wife of twenty-eight years died more than two years ago, my world fell away. All it’s whimsy slipped through my fingers like so much sand. The sinews of meaning went limp. Voices inside my head began to say, what you have is all air and waste. My success, which was my salvation, became suffocating, like a cord around my neck.

It was shocking. Grief is trauma. To reckon with one’s own despair is equally unnerving. Who am I? What am I? Why doesn’t reading books make sense to me any more?

I doubt that I am alone in this. I just heard from a friend with a very similar story, who lost her love and felt that her life that once was so vital was now pallid and pale. She wondered where has the joy gone?

And yet and yet, in this last year there has also been a resurrection of sorts. This is partly due to Brooke, my new wife and partner, who in every way buoys me and makes me know how deeply I am loved and how much she believes in my goodness and in my calling. It’s partly due to two daughters who are now flying their own flags and becoming strong, independent women.

And it is partly due to my Jungian therapy. Jung is far from perfect—I read his entire oeuvre at the University of Chicago—I dreamed in Jungian symbols. I let go of that arc of interest and went toward sociology in part because that is where the jobs were—I tipped my hat toward convention.  Jung’s way of thinking has helped me recently, however. For Jung, individuation questions our usual paths, pushes us to find our True North, to realize the limits of conventional success.

Over the last year I have asked myself:  What is the mark the divine wants me to make? What will be my definitive contribution? Where will I find my true bliss?

Jung would say that conventional success is the ego’s game. The ego says: “Good for you! You kicked ass! You won the ring! You beat the competition!” But the truth is, in the end, it doesn’t feel like much. It’s not soul satisfying.

I want to find the way to the living water … where my thirst will be contented. Where time moves in an arc of beauty, love and truth. Where I can be blessed and become a blessing. So, how to find that sweet 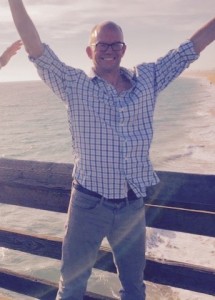 path that leads to the water of life?

I wonder. I wonder for those reading these words, where is that water for you? What must be pruned, in order for you to experience your true life? What must be done so that you don’t go to the grave in despair, having not had the courage to truly get it, go for it, in the fullest sense?

And, of course, this might mean something quite a bit more radical that I’ve suggested. For Jesus, to move against convention put his very life at risk. But isn’t this our true freedom? When we do what we are truly called to do regardless of its consequences, even if it means sacrificing our very lives?

I’m not sure whether I’ve found it fully—transcended the usual conventions and expectations, but one thing is sure I’ve begun to taste that sweet sense of bliss that I think is the “abundant life” that Jesus so frequently cast as the means and end of following the path of salvation.

So, my dear sisters and brothers—and all on this path, think of the glimpses that you surely have seen of the True North in your own life, write them down, build on them. Take some risks to get them. Don’t look back—if you do, like Lot’s wife, you might turn into a pillar of salt.