I’ve been thinking and writing about religious violence for some time now. Along with many people, I wonder: Is religion inherently violent? Is religion actually the problem in our modern world? And more particularly—is Islam intrinsically violent? (Quick answer: NO, at least no more than any of the major world religions). 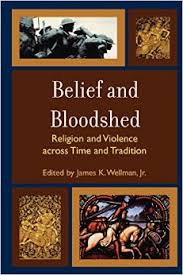 I’ve argued in the past that mixing religion and violence is not new. Every religion has done it and will continue to do it. This begs the question—for what reason?

Well, humans, when organizing and maintaining power gather in groups to control territory. A philosophy that motivates humans to defend and take territory is highly valuable, and religion, which calls people to an ultimate commitment, is incredibly efficient and effective.

Scott Appleby, a University of Notre Dame theorist on war and peace, calls this “ecstatic asceticism.” It is a powerful pitch to push humans to give everything for a cause. We see this in many of the great speeches in wartime: Pope Urban II’s speech for the first crusade resounds with this desire to give one’s life for the ultimate reward. It’s both exhilarating and terrifying. And it is a motivation that every successful religious leader has used to get their armies to do their business.

We see this in the ISIS army today. Abu Bakr al-Berghadi, the leader of ISIS, uses religion to motivate his army to do his bidding. Suicide bombings are a particular type of this kind of action. We saw this in the 911 attacks, the instructions given to the suicide attackers were filled with religious rhetoric devoted to indoctrinating the suicide bombers so that every action was sanctified and supported by the Quran and by religious law. They are terrifying, you can find the text in the appendix in Bruce Lincoln’s Holy Terrors: Thinking about Religion After September 11.

But what is the “strategic logic” of groups like ISIS? Here, Robert Pape’s work has been quite helpful to me. In a word it’s all about occupation, occupation, and occupation. ISIS, like al-Qaeda, is defending against “the Crusaders” who either threaten their territory or o 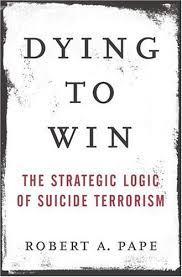 ccupy their territory. Pape, who is a political conservative by the way, has said many times that the Iraq War and the US occupation was one of the single greatest “disasters” in the history of US foreign policy. It was “exactly” what Osama bin Laden wanted, and it became the core rationale for recruiting the more than 2,000 suicide bombings that followed in the Middle East and elsewhere. For Pape, occupying the territory of a group motivates individuals to do violence and more particularly forms of suicide terrorism.

So why are Obama’s strategy and the broader strategy of the allies working against ISIS? Well, for Pape, the attacks in Paris and now in Brussels, are signs of their weakness not their strength. As Pape has estimated, ISIS has recently lost nearly twenty percent of its territory. Their ability to motivate and produce their suicide attacks has plummeted. The Western allied bombings on local militias are making progress. And the fighters on the ground opposing ISIS are Shia and now some Sunni. Westerners are not the ground warriors, so it is much harder for ISIS to argue and recruit fighters to do suicide terrorism against fellow Islamic soldiers. ISIS’s leadership is panicking and its new strategy is to target the allies of the US led coalition. ISIS’s attacks on Paris, Belgium, Russia and Turkey are its way to tempt these countries into sending in ground soldiers. ISIS is desperate and Obama and his allies will not bite; their bombing strategy, and their partnership with Islamic groups to fight ISIS are working.

So, is religion the problem? Yes and no. Religion, as I’ve argued, is highly motivating, especially by a young aggressive male leader who knows how to use the ultimate rewards of religion (whether blessings by a god or a trip to heaven) as a reward for giving one’s life. Religion is of strategic value to leaders who are trying to protect or take territory—think Crusaders, who by the way failed to keep their territory in the end. Indeed, the Crusades ended in disaster for everyone involved.

So is religion the real problem? I don’t really think so. Religion, on balance, can and often does great good, motiving folks to care for each other. What is the real problem? Don’t occupy other peoples’ territory! We are slowly learning that outside attempts to control the fate and fortunes of the Middle East have ended in one tragedy after another. We can bolster those who ask for help but otherwise, I would argue, we have no business intervening in that region of the world.

More generally the questions of the occupation of the lands of other peoples will continue to plague the modern world. We are in a time where the colonial nature of Western states is being challenged and should be, by indigenous peoples. It may not be well known, but native peoples are m 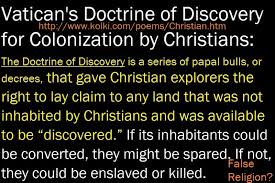 oving toward a very powerful form of trans-indigenous consciousness. And here again, the central question is one of occupation. North American indigenous peoples, for instance, are seeking to challenge the very notion of American ownership (occupation) by overturning the Doctrine of Discovery. This will continue to rise as the question of the twenty-first century.

But again, for now, Obama’s strategy to avoid putting soldiers in the Middle East and partnering with Muslims to fight ISIS is smart and is working. We are winning. It just doesn’t feel that way.

Religion, fundamentally, is not THE problem, occupying the land of others is. How to adjudicate what land belongs to whom is the critical issue of this century and how that is worked out will make all the difference in the future of war and peace in our time.