“Some believe it is only great power that can hold evil in check, but that is not what I have found. It is the small everyday deeds of ordinary folk that keep the darkness at bay. Small acts of kindness and love.”

Gandalf. The Lord of the Rings. J.R.R. Tolkein 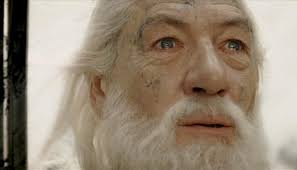 We need some good news these days. And some just came from my corner of the world, a Republican Federal Judge in Washington State. In our politicized world a manichean sense of morality dominates our discourse—Republicans are evil Democrats are good. I think it’s a false narrative; there are good folks on both sides of the aisle. There is a great danger in this either/or type of thinking; it creates a rising tide of self-righteousness—a trait that I find too often in myself. I will save this topic for another day; today’s blog is about how goodness sometimes wins.

The source of this goodness is a Republican U.S. District Judge James Robart, whose recent decision brought a temporary halt to the enforcement of Trump’s executive order that has denied entrance to refugees from the seven predominantly Muslim countries. Many of us found Trump’s decision to be not only obtuse but immoral. But the reasoning behind the stay of the enforcement lifts up something very good in American law and culture and I think it shows that there are good folks on either side of the aisle, trying to maintain what is unique and exceptional about American life.

Robart is known as someone who takes great care in making his decisions, and he is willing to make very controversial judgments even if they come at some cost. In 2012, while considering a consent decree requiring Seattle to reform their police practices, he argued, “Blacks lives matter.” And he meant that because the evidence showed the use of excessive force and biased policing toward African American citizens from the Seattle Police Department. Robart interrogated the facts of the case and demanded that the Seattle Police Department reform their practices.

Robart examined Trump’s ban on refugees from the seven Muslim nations and demanded to know the facts. Had any visitors from these seven countries carried out terrorist acts in the United States? The answer was no, none had. The irrational and incoherent nature of the ban is underscored by the fact that the Muslims that had carried out terrorist acts against the United States, were most notably from Pakistan, Egypt and Saudi Arabia—nations who were absent from the ban. Moreover, since 9/11, jihadists have killed 94 Americans, the majority of those that have carried out the attacks have been American citizens or legal residents. For Robart, Trumps executive order made no sense and he stopped it.

Robart is no activist liberal jurist. President George W. Bush nominated Robart for the federal bench in 2003, and the US Senate confirmed him by an overwhelming margin of 99-0.

In reaction, Trump supporters defended the order by arguing that Trump’s ban is not about Islam, but about protecting the United States from “bad people.” But Trump, who loves to claim that radical Islamic terrorists are the problem, will have a hard time distancing himself from that language as well as explaining why the seven countries have majority Muslim populations and have no record of hostility toward the United States. The only logical conclusion is that they were chosen because they are Muslim majority nations.

But why do I say sometimes goodness triumphs? Well, in this case, when you search below the surface, and ignore the labels and see the character of the person behind his or her official affiliations, you realize that goodness comes from a deeper place, which money and power can’t buy.

Robart is a graduate of Whitman College, and in a 2008 talk to the graduates told them he left a lucrative law practice, taking a two-thirds cut in pay to serve on the judiciary. Not only that but that he now gets “death threats once a month.” This is no laughing matter. I’ve suffered through this kind of threat and there is nothing quite like it. It is not only terrifying to the individual but even more fearful because it involves one’s family. It takes great courage to set oneself against this kind of terror.

Not only has Robart shown courage in his work, but its been reported his family has worked with at-risk youth and fostered six teenagers. This is tough work that is often thankless and most often rewarding only in the long run.

Goodness matters. The ability to do things others don’t want to do because it is difficult and demands sacrifice.

I’m proud that this kind of men and women are maintaining the honor of the United States in a time when we are under enormous pressure to throw away what makes the United States a beacon of liberty and freedom. To remain a country that will hold out our hand to the world, and take in those who are refugees and aliens and strangers no matter their religion. There are many things wrong with our country, but this tradition of making the many one, is not one of them.

Thank God that good men and women can and still do triumph over evil. All of us should know that goodness matters, and in fact without it evil can and sometimes triumphs.

January 30, 2017
Time for a New Confessing Church
Next Post