Killing the goose that laid the golden egg, or, Culture Matters

Here’s the latest on the stream of refugee-migrants:  as you may recall, upwards of 10,000 refugee-migrants from Syria as well as elsewhere, had made their way into Hungary and were determined to make their way to Germany, in order to register and seek asylum there, to benefit from Germany’s much-stronger economy; Hungary insisted instead that they register there, as the first EU country that these people had reached, following established rules, and prevented them from boarding trains to travel to Germany.  After protests, demands, and a determined march, not for safety but to seek economic prosperity, Germany and Hungary both relented.  As (misleadingly, but with pictures) the Daily Mail reported, they are now streaming into Germany, in chaotic scenes that are being reported as if these people are at last finding refuge, rather than moving from one safe place to another (more prosperous) safe place.

And countless bloggers, columnists, and news outlets are now reporting the situation along the We Must Do Something template, along with the It’s Unjust Not to Resettle The Refugees As They Wish storyline.  (Remember, only a minority of refugee applicants in Germany in 2014 were Syrians.)  Now the first thing the West Must Do is to decide what its strategy and its expectation is with respect to ISIS.  Do we expect Syria to simply empty out, and do we believe that millions upon millions of Syrians must be resettled somewhere else, permanently?  Or do they need only temporary refuge?  Bloggers and tweeters have pointed to pictures coming from these refugee-migrants en route and arriving in Germany, and have observed that they are a very male crowd.  Are the women disproportionately trapped in Syria?  Or are they safe in refugee camps, but not as keen on making the trek further in hopes of furthering their economic situation?  Or is this further evidence that these are economic migrants from a multitude of home countries, rather than people fleeing warzones?

At the same time, discussion has already begun on the further question of whether the rich Gulf nations should be doing more — or, rather, complaints have been stepped up, while recognizing that these countries, which already treat “guest workers” so poorly (little regard for health and safety, expulsion upon losing a job, and, with respect to poor employees working as laborers, servants, etc., unable to live together as families), are hardly going to bring in others out of the kindness of their hearts.  (See yesterday’s post.)

But here’s the catch:  these Gulf States are wealthy due to their natural resources.  Whether any given national of those countries shares in that wealth directly, they do so indirectly via generous social welfare programs for citizens, national-ization (e.g., Saudi-ization) programs which have the effect of requiring that multinationals hire locals who may or may not show up for work, and other benefits.  But the pie is fixed; for any one of these Gulf States to accept resettling refugees in a Western sense (that is, on terms other than those of guest workers) would mean sharing the pie with more people.

And I’ll state it again:  the wealth of the Gulf States is due to their natural resources, not the culture of the people themselves.  After all, it’s outsiders who do all the heavy lifting of transforming the oil into wealth in the first place, and (with the exception, to a limited degree, of Dubai) there’s little more than lip service given to the question of  diversifying the economy.

But what about Germany?  The economic strength of the country is very much due to its people.  After all, its natural resources are rather ordinary:  the “Ruhrgebiet,” the former economic powerhouse coalmining area, is a powerhouse no longer, and the coal mines have been closed.  It’s got a decent amount of arable land, to be sure, and it’s not devoid of mineral wealth but it’s hardly been the key to its prosperity.  And after World War II, despite the narrative that the Allies had learned from World War I and eschewed harsh reparations, France and Russia dismantled such factories as remained (France in the West, Russia in the East, of course), to leave an already devastated country even more so, until, in 1948, the simultaneous currency reform and Marshall Plan implementation helped them get back on their feet.

Culture matters.  In Swabia, the part of Germany now largely the German state of Baden-Wurttemburg (as well as a slice now a part of Bavaria, including Augsburg, my husband’s hometown), there’s an expression, “schaffe, schaffe, Häusle baue,” which is meant to express, as the Swabian’s self-conception and the stereotype the rest of Germany holds, the key characteristic of Swabians (see here for an English-language piece, or here for a German-language one):  it’s generally translated as “work, work, build a house” and expresses the Swabians’ thriftiness.  But it’s more than that:  the word translated as “work” isn’t really that, “schaffen” means “to make” or “to create” and has more of a flavor of “do something productive” than simply “earn a living.”

Swabia is, by the way, the home of Daimler, maker of Mercedes cars as well as a whole host of other vehicle brands.  And it’s the birthplace of the automobile.

As far as Germany as a whole, I will not claim special competence in describing its key cultural characteristics and how they contribute to its economic success.  But it is clear to me that the culture of Germany is not the same as that of the United States.  And neither is the same as that of Japan (see here for my reading of a book on the topic) or Korea, each of which, with different cultures, took different paths to prosperity (though the long-term prosperity of Japan is very much in question).

It’s practically an article of faith in the United States in 2015 that “diversity is our strength” (I voiced skepticism here), and that we have to respect all world cultures and have a certain understanding of them.  But at the same time, we still gloss over cultural differences, and are too willing to resort to platitudes like “no culture is better than any other” or imagine that “culture” is limited to special foods or music or dance or celebrations, or perhaps recognize differences such as whether it’s polite to be on time or an hour later than the specified commencement of an event, but ignore the way culture is a mindset at a much deeper level.

If Germany admits 800,000 Syrians, or 8,000,000 Syrians, or some similarly huge number, this year or the next, or cumulatively over time, on top of Turks and other Muslims already living in the country, there is a very real issue of assimilation — and already-resident Turks are for the most part already poorly assimilated.  It’s not about their being Muslim, per se, if they were as indifferently Muslim as most Germans are indifferently Christian.  It’s about the sudden arrival of very large numbers of (mostly male) migrants who don’t speak the language and are by and large poorly educated in any language, and who, even if they learn German and become educated (and that alone is a huge task, much bigger than the simple provision of funds and social services), are unlikely to share in German culture.

It’s about more than sharing the wealth, though that’s part of it, as resettlement assistance risks overwhelming German finances.  Especially considering how low Germany’s birth rate is (a steady 1.4 TFR for the past generation), a high rate of immigration (via asylum-seekers or otherwise) will change Germany, and it risks becoming merely a place name, without the culture that built up its economic power.  Should this happen, the migrants who sought prosperity will have killed the goose that laid the golden egg.

September 4, 2015
Saudi Arabia is not going to resettle refugees, 'kay?
Next Post 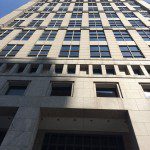 September 7, 2015 Detroit downtown, riverfront, and jazz festival, September 6, 2015
Recent Comments
0 | Leave a Comment
"I attended a meeting last night for Girl Scout leaders in my area. There were ..."
Ruth Curcuru RIP, volunteerism
"I was a treasurer for a not-for-profit and got “dethroned” in a similar way. However, ..."
Jim Dailey RIP, volunteerism
"I have found that unless people were consistently voluntold to help out when they're young, ..."
Ame RIP, volunteerism
"Just wanted you to know that I have loved reading your articles!"
littlecanary New Job! A few personal updates
Browse Our Archives
Related posts from Jane the Actuary