The NEETs are not so neat: new statistics on black youth in Chicago (updated)

From today’s Chicago Tribune, “Nearly half of young black men in Chicago out of work, out of school: report“:

Forty-seven percent of 20- to 24-year-old black men in Chicago, and 44 percent in Illinois, were out of school and out of work in 2014, compared with 20 percent of Hispanic men and 10 percent of white men in the same age group, according to the report from the University of Illinois at Chicago’s Great Cities Institute.

The numbers for black men are far worse in Chicago and Illinois than elsewhere in the country. In Los Angeles and New York City, 31 percent of black 20- to 24-year-old men were out of school and out of work, in line with the national average of 32 percent.

While declines in youth employment across all races have raised concerns for a number of years, the new report puts into stark focus the connection between unemployment and Chicago’s racially segregated neighborhoods that also are home to high rates of poverty and crime.

Here’s what amounts to a press release (actually a blog post) about the report, and here’s the full report.  The most important table is this: 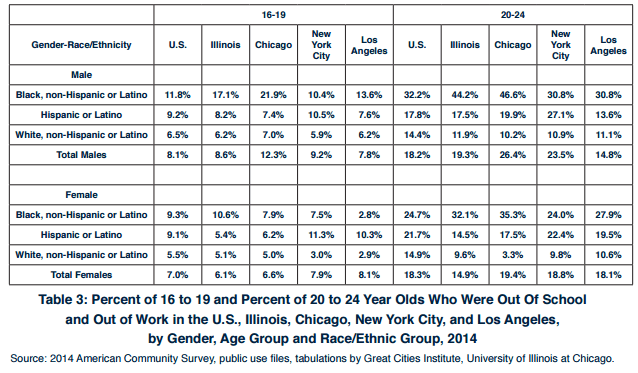 What do you do with these statistics?  How do you solve this problem?  A companion commentary piece published alongside this article says the answer is simple:   “If we want to get serious about stopping the killings, there has to be a joint effort between Chicago-area businesses, nonprofits and individuals to mentor young people and give them work.”

But where would the jobs come from?  You can’t just will them into existence.  Back in the summer, I wrote about the 100,000 Opportunities Initiative, in which big businesses such as Starbucks and Walmart announced their intention to increase hiring of exactly these disadvantaged young adults.  And back then, the question was the same:  where would these jobs come from?

One thing’s for sure, this notion that immigrants are doing the “jobs Americans won’t do” seems pretty foolish in light of these statistics.  And the city’s plan to raise the minimum wage isn’t going to help, either.

The other challenge is this:  the rates for black men are far higher than for black women, and this despite the worries everyone has about high teen/unplanned pregnancy rates, which ought to produce exactly the opposite effect, of stereotypical “welfare queens.”

UPDATE:  Actually, yes, I do have an answer.  I had forgotten about this.  It’s called the subminimum wage, and I wrote about it back after the 2014 elections, when there was a lot of talk about hikes in the minimum wage.  What I proposed was this:  sure, let’s hike the wage, if we must, or at any rate as something that Republicans could offer Democrats in a bigger compromise deal, though not so radically as the $15/hr proposal, anyway — but let’s also provide for a subminimum wage for young people and for the long-term unemployed, to motivate employers to take a chance on them and hire them even despite the risks that come with taking on someone who’s never held a job before, or for work that an employer can’t, as a practical matter, pay an employee a higher wage level and still stay in business.  I proposed a structure where new entrants to the labor force would earn 70% of the minimum wage, then 80%, 90%, and 100%, after 1, 2, and 3 years of employment (as measured by Social Security work history), which would function as 3 years of pay increases.  Would employers seek to fire employees as they reach these higher service levels?  Maybe — but it would seem to be a poor business practice to constantly chase after the group of potential workers who’ve never had a job, and, even if they did so, it might not be so bad, if that meant that they had to develop a business model around training the least experienced individuals to navigate the world of work.

Is this unfair to workers with families to support?  Not if you pair it with wage supplements like the EITC.  But if the NEETs are in need of some job, any job, then a subminimum + targeted supplements combo is better than nothing. 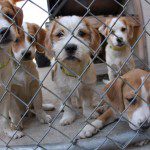 January 25, 2016
A few thoughts on "pro-choice-ism", and two analogies
Next Post 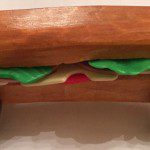 January 26, 2016 Pinewood Derby 2016: "Jimmy"
Recent Comments
0 | Leave a Comment
"I am intersex. So, your kind attacked me morning, noon and night when I was ..."
Daniel Johnson Yes, you should object to saying ..."
"If Illinois is going to tolerate gender flexibility, maybe it is time for Paprocki to ..."
alwayspuzzled Yes, you should object to saying ..."
"Thanks for this link. Very useful perspective!"
Jane the Actuary On Maus, Book-Banning, and Common Sense
"Apologies for reviving a two-week-old thread, but you might be interested in this post, which ..."
Amaryllis On Maus, Book-Banning, and Common Sense
Browse Our Archives
Related posts from Jane the Actuary 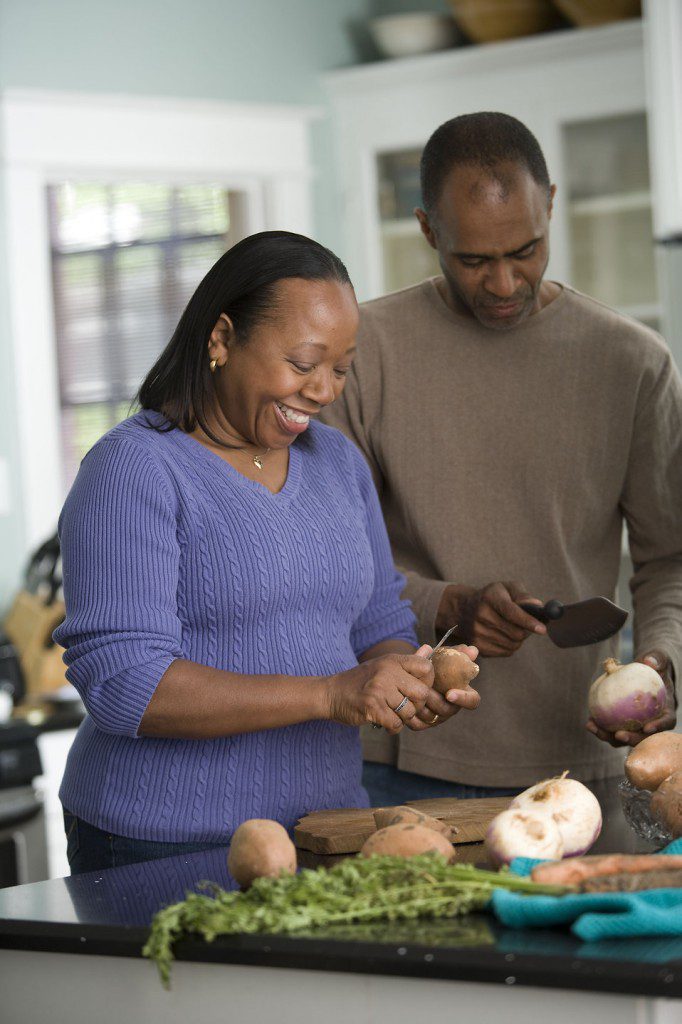 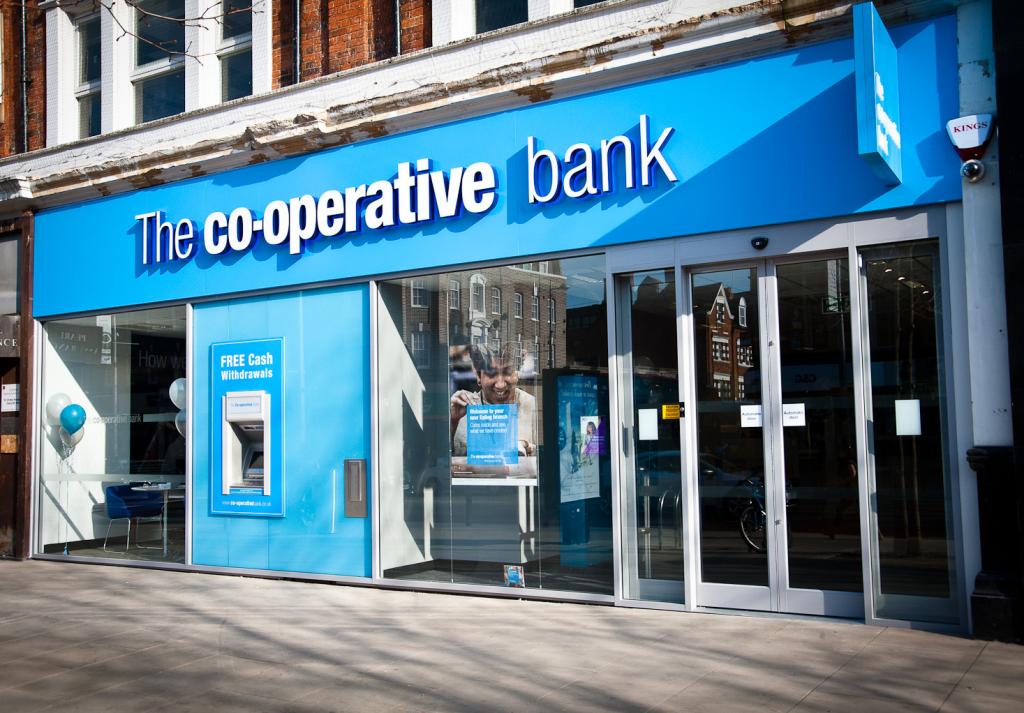 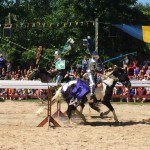