Today’s Comic Relief: The Girl Scouts are mad because. . .

No, silly, of course not.

For as much as the Boy Scouts appear in the news periodically with complaints that they refuse to permit girls to join, in this case they’re coming under fire for the opposite reason:  because they have been discussing ways to open the program up to girls.  This first appeared in the news back in May, and I’ve seen snippets in newsletters that are sent to Scout leaders, from which I’ve gotten the impression that what’s under discussion is inviting girls to participate insofar as certain activities and programs are family-oriented.  I have the vague impression that Cub Scout pack meetings, for instance, would be labelled as “family” activities rather than parent-son events.  But I don’t really know; they seem to be keeping this information very close — which could be reasonably explained as wanting to have well-developed proposals before they get ripped apart in the media, or could be more nefariously wanting to push their plans through to the membership as a “done deal”, and, as I’ve said before, I don’t believe that the core Boy Scout program would benefit from becoming co-ed, or, rather, I don’t think the boys themselves would be well-served by that move.  At the younger level, though, since Cub Scouts operates with a combination of den meetings (individual grades, small groups) and pack meetings (all grades together), I could well imagine a model in which the den meetings are separated by grade and sex, and the pack meetings combine boys and girls for large group activities.

But Buzzfeed reports that the Girl Scouts are not at all happy about this, and sent a scathing letter to the Boy Scouts.

And, boy, this letter doesn’t pull any punches.  The Girl Scouts, Hannan says, have developed a program which works magnificently at meeting the needs of girls, while she implies that the Boy Scouts have failed in their mission, taunting them that 90% of boys do not participate in Boy Scouts, and implying that they are not putting in sufficient effort to recruit African-American or Hispanic boys, or are even unwelcoming of those boys.  (Scouting is primarily a parent-child organization and for that reason, it seems to me, very difficult to bring into communities where there is no existing tradition, and all the more so if there aren’t dads around, and single moms are hoping for men to arise from, well, somewhere, to fill the father-figure role for boys.) The Boy Scouts, she says, are attempting to recruit girls and “undercut” the Girl Scouts as a result.

(From everything I’ve read, and from reader comments to prior posts on the subject, Girl Scouts is much more dependent on the skills and interests of the leaders at the individual troop level, who may be keen on camping and adventure, or prefer to stick with crafts meeting after meeting.  Unlike the Boy Scouts, there’s nothing in the program itself to ensure that camping occurs, and the “Journeys” element ensures that the “mandatory” part of Girl Scouts is focused on social justice/environmentalism and other “political” topics instead.  And since each grade has its own troop, with the leaders typically being parents who follow those girls through the progression until they lose interest, there’s not the same sort of continuity as with a multi-age Cub Scout pack or Boy Scout troop where leaders pass the torch onto new parents.  The American Heritage Girls goes too far in the direction of being sectarian, but I rather like the way they’ve structured the troops.)

So, I’m sorry, but after a week full of nonsense culminating in the report that ESPN reassigned a sportscaster by the name of Robert Lee (of Korean descent, not of some “proud Confederate” family) because they thought their viewing audience would be so stupid as to, well, I don’t know what they were supposed to think, actually, this just strikes me as a bit of comic relief.

In a time when even the National Organization for Women is calling for the Boy Scouts to open up to girls (per this ABC report), I can’t do anything other than just laugh at the report that the Girl Scout leadership itself is p***ed off about the prospect.

Image:  By David Fine (This image is from the FEMA Photo Library.) [Public domain], via Wikimedia Commons 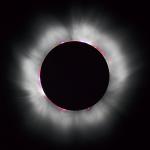 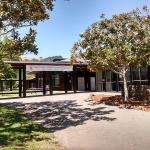 August 28, 2017 In other news, San Domenico School's tuition is how much?
Recent Comments
0 | Leave a Comment
Browse Our Archives
get the latest from
Jane the Actuary
Sign up for our newsletter
POPULAR AT PATHEOS Catholic
1