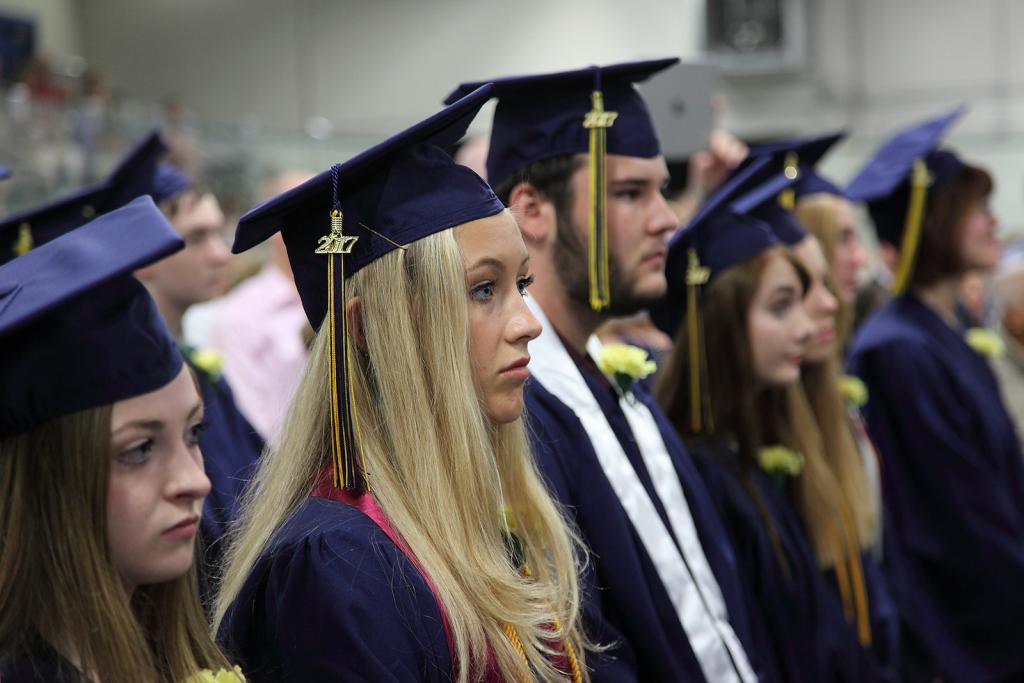 It’s graduation season, and hence we have, from the New York Times, the report:  “Catholic School Rejected Its Gay Valedictorian’s Speech. So He Gave It With a Bullhorn.” — which implies that the student was discriminated against because he is gay, even though, if you read the article, it sounds like the administration struggled to work around his nonconformism, but that there is a fundamental he-said, she-said dispute about whether the school appropriately informed the students about their policies for speech approval:

In a statement provided to the television station WLWT, the diocese said the speeches had not been submitted for review “before the deadline.”

“When the proposed speeches were received they were found to contain elements that were political and inconsistent with the teaching of the Catholic Church,” it said.

Mr. [Christian] Bales said he was unaware of a formal deadline. He said he submitted his speech on Tuesday and Ms. Frantz said she submitted hers on Wednesday. They both said Holy Cross teachers had approved of their remarks.

As it happens, both of the speeches are available online, his as an uploaded document and hers in a local news report.  And, you know what?, I’m siding with the school here, in terms of the content of the speeches, although it would appear that they really should have had more supervision in place, rather than just trusting that whatever process that had produced appropriate speeches in past years, would continue to work.

His speech used the theme, “The young people will win,” and, as much as he threw in language that claimed this was not a confrontation, that he just wanted to make the world a better place, that he wanted to “win” by converting hearts and minds (or by “cleansing” them, which, as benefit of the doubt, I’ll presume means conversion), and that he references a variety of causes, not just gun control but also the removal of a Confederate statue and the March for Life — all of this still doesn’t excuse the fact that he’s using “winning” as his theme, and especially the idea of a generational confrontation.

“The young people will win” because we’re finished being complacent. There’s a misguided notion that wisdom is directly proportional to age, but we’re disproving that daily. Sometimes the wisest are the youngest in our lives, the ones who haven’t yet been desensitized to the atrocities of our world.

Her speech?  She had the usual sort of encouragement to achieve in the future, but she spent a considerable portion of the speech referencing specific friends of hers, by name, with their talents or hobbies, and specific classes and activities, in ways that I can easily see the administration rejecting as inappropriate to address to the entire student body, both the popular kids and the ones at the margin.   A brief excerpt (the news report replaced actual names with initials):

K has been my trusty vice president this year and has been such a great leader and friend. B has basically every talent in the world now and can play guitar, draw, paint, take photos, and make movies good enough to win the NKU film contest. S and W, they are so funny. S turned into such an outspoken, hilarious asset to our class.

And, again, these are still high school students.  The high school had a responsibility to give them enough time for feedback and revision, and perhaps this had simply never been an issue before so they were taken by surprise.  But this is not something that should be fed into the Outrage Machine, and should not be a national news story of injustice, let alone be trumpeted as “the Catholic Church is mean and intolerant again.”

Now, as it happens, I was at a graduation on Sunday — and the student who gave the speech was not the top in class rank (there was no further recognition than that of the students, 43 this year, who were awarded “higherst honors” for getting a 4.2 GPA after adjusting for honors courses) nor the most popular (that is, to the extent that class president is popularity-based), but the winner of a competition, as chosen by the staff, and I have the feeling that this is much more the norm these days, to ensure that everyone leaves the ceremony with good feelings — well, except for the mind-numbing boredom of endless names being called. 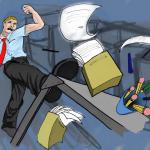 Catholic
Can we have nice things after all? Nathan...
Jane the Actuary