Liberalism is Conservatism is Not Catholicism

The topic of this post is the word “liberal”: its meanings, its misuses, and what it ought to mean to Catholics. For some, this post might seem redundant. Among certain groups, the word’s origins and contemporary obfuscation are a well-known fact. Forgive my boorishness. But too often I encounter people, usually well-meaning, who want to, or do, debate whether Catholics ought to be “liberal” or “conservative.” This is the wrong question, but even so, the only valid answer is “neither.” And so, an answer, even if an extreme one, is due.

That said, let the investigation begin.

In popular discourse, we use “liberal” to mean “left of center” and “conservative” to mean “right of center.” Thus many a faithful Catholic delights in decrying his ideological opponents. In this way, “liberal” is used as an attack on those in support of gun control, those who support a robust welfare state, and those who desire cuts to the military’s budget. The preferred positions, we are told, are conservative: concealed carry, divestment from state programs, and impregnable defenses (and what gymnastics are needed to make them seem straightforwardly Christian!).

This is wrong, nothing more than an example of historical amnesia. Catholicism has about as much to do with American ‘liberals’ as it does with American ‘conservatives.’ As Leo XIII knew, Americanism is a heresy.

What do I mean? How dare I stand up for those supporting abortion, those implicated in the destruction of Christian morality itself?

“Liberalism” is a post-medieval innovation, mostly developed by Protestant economists and philosophers, whose ideas have, by-and-large, not been taken seriously by the Church. Don’t believe me? Ask a late nineteenth-century priest. His response. “Liberalism is a sin.”

“Liberalism” finds its roots in the musings of men such as John Locke, David Hume, and David Ricardo. Notions of “natural rights” and “social contractarian governance” arose from these thinkers and their predecessors, which, in turn, came to influence the development of virtually every state and institution in Europe and the Americas.

The tradition branched in many directions, divisions that can be felt in our own founding, hence the dispute over the French Revolution between Jefferson and Adams. One observes a similar break in England between the Young and the Old Whigs. Regardless, both groups of Whigs had their roots in anti-Catholic and anti-medieval views of theology and anthropology.

Effectively, these two subsets have yielded today’s “conservatives” and “liberals,” some more closely wedded to the ideas of “original liberals” like Locke and others who draw greater influence from “later liberal” thinkers like Rousseau, and eventually more utilitarian and technocratic ones like Bentham and Keynes. Both sides, however, have more in common with each other (notions of “natural rights,” an emphasis on “freedom,” etc.) than they do with even their most radical medieval forebears. It is in this sense, that I would contend Nietzsche has more in common with Catholicism than does Thomas Jefferson.

Liberal thinkers might turn to ancients, like Cicero, for justification of their principles, but we ought to remember that these readings are always, to some extent, anachronistic and non-Christian. Cicero was a pagan, notable for his rhetoric and political maneuvering, not a Christian famous for his largesse. And even that leaves out the fact that the way the medievals read Cicero has differed rather markedly from his later political valorization.

To return to the main point, and in short: both main sides of our contemporary debate can trace their lineages, at best, back to the 17th century, and even then, to the same root.

Today, three primary groups represent opposition to the Liberal tradition: the “Far Left,” the “Far Right,” and the Church. From the first perspective, Liberalism, in all its varieties, is nothing more than a historical relic, used to continue to oppress the peoples of the world, hence Marx wrote very disapprovingly of Liberal thinkers, and Mao published a pamphlet called Combat Liberalism. From the second, one need only look to monarchist groups and even Neo-Nazis. Monarchists desire a return to the pre-Liberal period (I would argue that their notions are very Liberal, but there is no space for that here) while Nazis saw themselves as socialists, enemies of the weak Liberalism of the Weimar Republic.

Obviously, these various ideologies have come to influence the Church greatly and in various ways, at least in certain quarters (examples here, here, and here). Many an “illiberal Catholic” falls on either the Far Left or Far Right of our political spectrum. But the intricacies of those ideological lenses are not my concern here.

More importantly, Liberalism has clearly exerted an influence on the Church, one which some have argued is important, though it must be carefully controlled, while others seek its absolute and complete extermination. Again, this is not my concern here; instead, I have tried to point out how separate the Liberal and Catholic traditions are, and how much work would be required for their full synthesis (arguably, and probably, an impossibility).

I do not pretend to have conveyed any new information, nor to have made any new arguments. But if even one person reads this and reframes his or her thoughts about what Catholicism ought to be, I shall be happy. The truth is that the Catholic Church, in its foundational differences with Liberalism, is best set against it as a critique, a corrective, not joined to it as a partner in handholding. I might even say that both Pope Francis and Cardinal Sarah are “illiberal,” though their American supporters and opponents seem to have no understanding of this reality, instead cramming them into a pre-fabricated, Western, Liberal lens.

It’s a shame, since social justice, respectful liturgy, and orthodoxy can quite easily go together. An idolatrous, as opposed to a constructive, relationship to Liberalism blinds us to this reality.

Perhaps Catholics feel so much dissonance these days because of this attempt at full reconciliation; perhaps the insanity of such a coupling gives us good-hearted people willing to support Donald Trump. Perhaps.

For my part, I think reframing this discussion, reframing it to the point where no Catholic is willing to set “liberal” or “conservative” against the other as if they mattered, is the key to a faithful future, a future unavoidably influenced by, but far from beholden to the paradigmatic reformulations of, Liberalism. 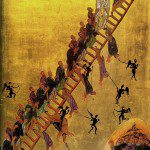 July 6, 2016
Judge Not: An Obscure Monk Sheds Light on Pope Francis
Next Post 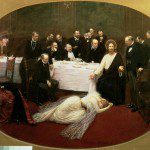 July 11, 2016 Being a Good Christian, Being a Sinner
Recent Comments
0 | Leave a Comment
Browse Our Archives
Follow Us!

Fasting Friday: Thinking about Hell
Catholic and Enjoying It!
Related posts from Jappers and Janglers