Lots of people seem to think the “Catholic Left” is a contradiction in terms. Surely some 19th-century bishops looked with suspicion upon socialists, social democrats, and the like who peopled their flocks. Today a portion of U.S. Catholics bandy about the word “Leftist” to the point of near total confusion. From Hillary Clinton to Bernie Sanders to Karl Marx (and how great the gaps are), Leftists are to be distrusted.

This is a position I feel I understand, in part, because it was once the way I thought. I was never quite so ideologically beholden to hatred of the enemy (my conservative dalliance looked something more like uneasy Red Toryism), but I certainly felt haunted by the specter of what was often called the Left, a sort of undifferentiated blob of heterodoxy, atheism, and general nuisance.

Today, I’m not sure I would self-describe as being on the Left (it simply doesn’t feel immediately important to me), but I think lots of others would say that’s where I belong. Taking their claim as a go ahead I feel called to ask myself: how did I go from being a “conservative” to a “Leftist” (all caveats included)?

The answer has been slow to dawn; in fact, I’m still working it out. But, after some conversations with friends who, even if they read people like Derrida, Rorty, Heidegger, and Foucault, are still essentially “conservative,” the beginnings of an answer began to emerge. For them, “conservatism” is often defined as a temperament; one pilfers the coffers of postmodernism only to return with some instrumental treasures. The real claim is that revolutions must be distrusted, human agency must be viewed skeptically, the democracy of the dead must be respected.

Again, I know this line of argument because it was once my own (the Red Tory philosopher, George Grant, was my first intellectual crush). And, to do it justice, there is still a sense in which I remain “conservative” by this definition. Prudence is integral to any practicable system; I acknowledge that.

But then it dawned on me, what they were ignoring: structures, institutions.

“Conservatism” in this attitudinal sense does not, primarily, concern itself with structures, but rather with cultures. Culture is often (though not always) treated as an abstract entity for investigation, embedded in things like economic forces, religion, political institutions, and the like, but, in the end, treated as the primary object of investigation. “Culture” becomes the catch-all for the incredibly-complex nexus of relationships that affects our behavior (this typically ends with a nod to human agency, which, even if lip service is paid to the power of institutions, is figured as the ultimate factor in determining behavior).

If one asks which came first: “the chicken or the egg?” one gets the answer: “culture.”

It is beyond the scope of this blog post, but suffice it to say that this emphasis allows (many) conservatives to adopt a twofold response: personal responsibility and lament. The former is key for all Christians, but elevated to a sort of impossible freedom (as if we aren’t born into communities, countries, a world); the answer, at bottom, is always “you don’t need to do what society tells you to.” The latter allows for issues to be decried with no real solution proffered. If one is proffered it is personal charity. QED.

As I’ve grown a bit older, this has struck me as insufficient. It is true that each of us must convert (“repent and submit to the pope,” etc.); each of us must have our own life transformed. But we are still historically-conditioned beings, living out our existences under highly-specific conditions that cannot merely be reduced to terms like “culture,” “society,” “nation,” “community,” or “economic system.” These exist in tension with one another and, if we wish to transform one, we must think in terms of the others; none can stand alone as objects of our analysis, except when being treated in a very limited way. 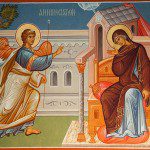 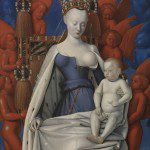 February 16, 2017 The Sensuous Catholic Body
Recent Comments
0 | Leave a Comment
"This person defines and points out fascism, something that seems to make this commenter uncomfortable. ..."
gk90 The Medieval and the Fascist
"What if I find both Pezzulo and Skojec to be far more concerned of the ..."
Theodore Seeber When Virtue Becomes Vice and Vice ..."
"Dear Chase,I too have found that praying the Jesus Prayer to be enlightening. Just as ..."
Max Milian A Meditation on the “Jesus Prayer”
"The wolves: Let us prey on the sheep. That is the natural order.The foolish sheep: ..."
Lord Azaxyr The Religious Left and the Atheistic ..."
Browse Our Archives
Follow Us!

Church Splits Are Driving Evangelicals to...
The Cordial Catholic
Related posts from Jappers and Janglers

I'm Moving! Come Join Me at My New...
Exciting news! As of Monday, June 1, I will be departing Patheos...
view all Catholic blogs
What Are Your Thoughts?leave a comment
Copyright 2008-2020, Patheos. All rights reserved.