The Fatal Flaw in the Pro-Life Movement

But it is not just birth control. There is also the question of sex education, which often goes along with, but is not the same as, contraception. Catholics, for example, may not support a merely abstinence-based form of sexual education, even as they recognize that abstinence is the best policy (the idea being that abstinence-only thought tends to leave people ill-prepared for what happens before, during, and after one has sex; in short, it can actually lead to more abortions). One imagines that many secular people, even pro-life ones, have little use for abstinence-only methods, and the same could be said for a good number of Jews, mainline Protestants, inter alia. That said, 49% of Evangelicals support this approach. As a result, many states require abstinence-only education.

This, of course, brings us to the question of government in all this. Some anti-abortion advocates are libertarians and think that government has no place in healthcare (period). According to this paradigm, abortion is a violation of a pre-existent natural law—it’s wrong in se, and so the government does not interfere by banning it; it merely does what it does in outlawing murder, lawfully underlines what is natural fact. Evangelicals, though often GOP voters (and thus by association, interested in “small government”), have secured federal funding for abstinence-only education. In fact, they secured it to the tune of $10 million in 2016. Similarly, they have supported state laws limiting abortion access, even as many oppose further government interference in healthcare. Again, it is not hard to imagine many Catholics, Jews, and secular people taking issue with such seeming cognitive dissonance. Even some Evangelicals find it maddening (the link to this piece may be found in the first paragraph of this post):

There are many ways in which the AHCA, if passed, would make life for vulnerable Americans more difficult. The Congressional Budget Office found that the AHCA would result in 14 million fewer Americans enrolled in Medicaid by the year 2026 — a reduction of 17 percent from current enrollment levels. The Medicaid cuts would impact schools that rely on the program to educate students with disabilities. The bill’s per capita cap for states is expected to roll back coverage for the elderly and disabled, who naturally have more expensive health care. And depending on which state they live in, people with preexisting conditions — metastatic cancer, heart failure, late-term kidney disease — could see surcharges in the tens of thousands of dollars per year.

The AHCA also falls short in the explicit goal of the pro-life movement: ensuring that more unborn persons have a chance of life. As it stands, the AHCA would create economic barriers that make it very difficult for women to choose to bring children into the world. A health care bill that prohibitively raises the cost of bringing life into the world is not pro-life.

According to Vox’s Sarah Kliff, the AHCA would allow states to waive the requirement that health insurance companies cover “pregnancy, maternity, and newborn care.” Prior to Obamacare, 88 percent of individual health care plans chose not to cover maternity care. So it’s plausible that a majority of plans would do the same if the AHCA passed.

In other words, governmental cuts to healthcare funding can, as many have pointed out, raise rates of abortion, and otherwise devalue life.

It seems, then, that I have ended up on a somewhat banal point: the Pro-Life Movement has failed because it is not “Seamless Garment” enough, or at least so many say. But, in reality, the argument is more basic, and, in that sense, more-easily overlooked: all that the Movement can agree on is limiting access to abortion, thus this is all that gets talked about. When your movement is composed of incredibly-different ideological positions (many of which relate to your overarching question: life) you are reduced to stamping over and over on the point of identity. The failure of the Pro-Life Movement has not merely been its inability to deal with other issues relating to life; in fact, such seems to have been impossible from the beginning. No, its immensity of constituent groups simply could never have agreed on more than limiting access in the first place. If you can’t talk contraception, or sex education, or the role of government, all you can talk about is abortion, abortion, abortion. And thus such becomes the all-intent focus of the Movement.

Of course, abortion remains legal. It remains legal predominantly because the singular approach of the Movement does not appeal to most Americans. As a result, it becomes easy to reproduce the tired tropes we have all heard: “Pro-Lifers don’t really care about women or children,” “Pro-Lifers want children to be born so they can starve,” “Pro-Lifers trap people with no further support,” etc. This is not true. But the Movement has had to harp on one question and one question alone in order to exist; if it asked about contraception, if it asked about sex education, if it asked about the government and healthcare, it would cease to exist. It would dissipate. And thus it is stuck in the quagmire of its own genius.

This does not make me sanguine about the future of any movement laying claim to “Pro-Life-ness.” Who can possibly bring together all of these groups without reducing the position to a singular talking point, as has happened historically? What sort of group can really absorb so much difference and hold itself together? I cannot say for sure. But it seems to me that the best route might be the nurturing of diversity: let smaller committees with particular goals (like the New Pro-Life Movement) concentrate on what they see as the best path, even as the larger movement ambles on. I am unsure such is really a solution, but without at least an awareness of such internal diversity, the Movement can never overcome its (possibly) fatal flaw. 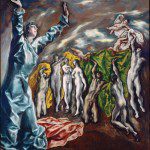 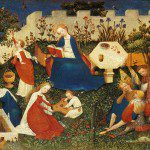 June 7, 2017 Nostalgia: Enemy of Christianity
Recent Comments
0 | Leave a Comment
"This person defines and points out fascism, something that seems to make this commenter uncomfortable. ..."
gk90 The Medieval and the Fascist
"What if I find both Pezzulo and Skojec to be far more concerned of the ..."
Theodore Seeber When Virtue Becomes Vice and Vice ..."
"Dear Chase,I too have found that praying the Jesus Prayer to be enlightening. Just as ..."
Max Milian A Meditation on the “Jesus Prayer”
"The wolves: Let us prey on the sheep. That is the natural order.The foolish sheep: ..."
Lord Azaxyr The Religious Left and the Atheistic ..."
Browse Our Archives
Follow Us!

Church Splits Are Driving Evangelicals to...
The Cordial Catholic
Related posts from Jappers and Janglers

Individualism Divides What Must Be United
S.L. Frank, writing about society, suggests individuals cannot exist independent from society...
view all Catholic blogs
What Are Your Thoughts?leave a comment
Copyright 2008-2020, Patheos. All rights reserved.