Humility and Joy, Joy and Humility

Yesterday night I made the last-chance Mass, as I believe they call it. I wandered in around 7PM to find the church unexpectedly full. To be honest, I was reticent to go, because it was noted online as the “Youth Mass,” which brought thoughts of tambourines, guitars, and Marty Haugen to my mind (I really do prefer more traditional elements for the Roman Church’s liturgy, but that’s neither here nor there). I went; what I found was both deeply unsurprisingly and wholly reinvigorating, really, at bottom, an example in my life of how God works through us, damaged goods that we are, and blesses us in spite of our myriad transgressions.

You might say this is a story of ex opere operato (in brief, the idea that the sanctity of a priest does not determine the validity of the Sacraments), though not in the normal sense. There’s no wicked cleric. No, what happened was so much more banal. You see, I was right about the Mass: guitar (including player who appeared to be a copy of pick-a-member from Mumford and Sons), folksy hymns (“They will know we are Christians by our love—by our love!”), and abundant extraordinary Eucharistic ministers. The priest had a real flare (imagine a young boy who once dreamed of Broadway, beset by a powerful New Jersey accent). An older gentleman with a beard, he described himself as a “weevil” at one point and delivered something-like a 20-minute homily—peppered with anecdotes and jokes, often self-effacing—that, at times, veered a bit too close to saying that all religions are one (though he never quite went there).

That said, it was a really lovely Mass. Why? Well, for one, instead of concentrating on the things I disliked about the liturgy and the homily (and I promise I could go on—but these are largely preferences), I gave myself over to the truth to be found in whatever the priest had to say. I reflected on the fact that even this man, with all his foibles, had a shard of truth to share, had wisdom to impart. God having humbled me, and I was able to concentrate on his homily anew. By the end, the priest actually brought things to a real crescendo, approaching higher rhetorical heights than one can really expect in the suburban Northeast. He declared that we must love each other in joy, always in joy, that we must thank God for every day and every moment, that we should remember that charity ought to animate us, but that that charity is not to be manifested in bickering, but in joviality, in kindness (and this was all based on the readings!).

To be honest, I felt reprimanded. But I also felt joy at that moment, and, from that point on, actually found myself able to sing along to the hymns (to the best of my ability). Joyousness continued to grow, so much so that I then began to notice far more positives than negatives in the liturgy. Before Communion, for example, the priest reminded everyone that Confession would be available afterwards (and exhorted us to go, to an extent, anyway). After Mass, a line formed near the confessional, in accordance with his recommendation.

On top of that, and in spite of the fact that this was literally a “guitar Mass,” the church was filled with lovely statues of a distinctly early- to mid-20th-century sort. Many of these were even in a small side room filled with (electronic) candles. In there, I found adults with children (it was not a big room); I even heard one yell “mira!” (“look!”) and possibly point at me (I think he may have been pointing out how I cross myself “the wrong way”—like a Byzantine).

There was just such joy there, a joy that only became available to me once I allowed God to humble me, once I allowed whatever resentment and personal proclivity lived in my heart to die. Open to the good in all things, I was no longer so broody, so, to be frank, negative. And how lovely that felt! But, my own feelings aside, this experience reminded me that humility and joy should never leave our hearts. How much time do we spend fretting and worrying, unlike the lilies of the field? How much time do we take ensuring that everything will work out just as we want it to, unlike the birds of the air? How often do we allow internal desires to judge and criticize to overpower the reality of Christ’s Real Presence in that most miraculous of miracles—the Eucharist? The liturgy is always the liturgy. Humility allows us to overcome our proclivities and see that—discern with awe and joy the truth of the Faith at every sacrifice.

It goes without saying that, given my choice, I would do the liturgy differently. But, of course, we cannot always get what we want, and sometimes, well, that’s for the better. 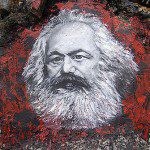 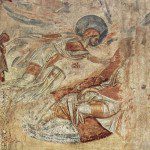 June 13, 2017 A Byzantine Morning Prayer
Recent Comments
0 | Leave a Comment
Browse Our Archives
get the latest from
Jappers and Janglers
Sign up for our newsletter
POPULAR AT PATHEOS Catholic
1 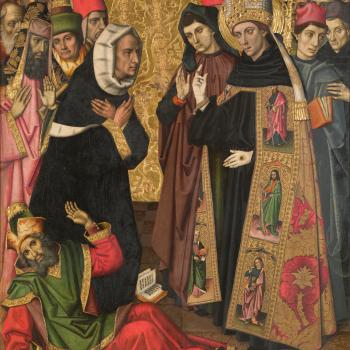