I’ve been thinking about this word a lot recently, in part because we read The Long Loneliness for a class of mine. It’s a text I’ve read before (and, in fact, that I recommended for this seminar) and that I hope I’ll read again. One question really seemed to trip everyone up: what to do about pacifism?

You see this came up right in the wake of the Parkland Shooting. As we all know, this brings out the strongest opinions in everyone. “Let’s get guns in the classroom!” “Let’s ban most guns!” It cuts across the aboard. When we read one section of Day’s autobiography, this couldn’t help but inspire deep feelings.

Effectively, Day talks about a “maniac,” that is, a man who used to come into the Catholic Worker House in downtown New York. He attempted to kill one of the workers (and injured several others). They managed to detain him, though when police arrived they asked for the man to be a mental evaluation, rather than that he be taken to jail. A bit of difficulty ensues and Day goes off about how the Movement has always involved pacifists and non-pacifists, how happy she is that at least some have always kept alive some form of absolute non-violence among Catholic Workers.

People reacted as expected. “It’s morally wrong not to protect others!” “It’s insane to think we could somehow remove violence from the world!” Aquinas is often invoked in this vein, specifically his teachings on self-defense:

Wherefore if a man, in self-defense, uses more than necessary violence, it will be unlawful: whereas if he repel force with moderation his defense will be lawful, because according to the jurists [Cap. Significasti, De Homicid. volunt. vel casual.], “it is lawful to repel force by force, provided one does not exceed the limits of a blameless defense.” Nor is it necessary for salvation that a man omit the act of moderate self-defense in order to avoid killing the other man, since one is bound to take more care of one’s own life than of another’s. But as it is unlawful to take a man’s life, except for the public authority acting for the common good, as stated above (Article 3), it is not lawful for a man to intend killing a man in self-defense, except for such as have public authority, who while intending to kill a man in self-defense, refer this to the public good, as in the case of a soldier fighting against the foe, and in the minister of the judge struggling with robbers, although even these sin if they be moved by private animosity. (Summa Theologiae)

St. Thomas does indeed say that killing in self-defense may be lawful, not to say anything about one’s duty to one’s family (which, while subordinated in many respects to one’s duty to the greater political community, cannot merely be denied).

But these responses, I think, miss the point. What I’d like to do here is explain why it is that pacifism appeals to many people and why it is that it needn’t be seen as a deviant act. In fact, we may see it as a form of higher calling, so to speak. 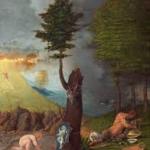 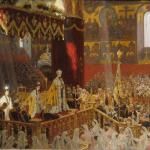