Of Trump, Treason, and the Future of Liberalism

Steny Hoyer says that Donald Trump committed treason in Helsinki. That’s an odd sentence, but, then again, the last couple of years have been full of odd sentences: “Putin Says Trump Wasn’t Important Enough for the Pee-Tape Treatment” being just one example. I have no doubt that the future will bring more strange lines. We may see “Treasonous Trump” follow on “Crooked Hillary.”

This might be about the point at which I’m expected to weigh in. Did Donald Trump commit treason? What about Stormy Daniels? What’s up with Melania wearing that jacket to meet those kids? I don’t plan on weighing in. Time will likely tell. I’m a lone blogger sailing along on a sea of information quite a bit more likely to drown a person than at any previous point in history. I do, however, think this babushka of a urine-drenched situation gives us a unique opportunity to consider what Donald Trump means for the future of our founding political philosophy—Liberalism.

How’s that? Trump represents an interesting mixture of complete capitulation and rhetorical blustering with regard to our hallowed dogmas. He loves business and negative liberty. He thinks tariffs are absolutely, I mean really unbelievably, great. Last time I checked, he admired Putin and the Duginists. At the same time, the man does love himself the idea of the free market. Liberalism has evolved over the centuries, but freedom and self-determination (understood in different ways) have always been at its heart. It’s been universally opposed to tariffs for about a century now. Since the 80s, it’s kowtowed before business—full stop, whether we’re discussing the GOP or the Democrats. Liberalism hasn’t liked Russia, since Peter the Great. Its Tsarist, Soviet, and now plutocratic, forms have all been anathema. And yet, there stands Trump, bellowing (perhaps as he marches up the guillotine of history), not “L’État, c’est moi,” but “Liberalism is dead! Long live Liberalism!”

Something like this happened not so long ago. There are differences, but also eerie parallels. Liberalism did not die then. Will it now?

I’m speaking, of course, of Watergate, of crookery, of the life and times of President Richard Milhous Nixon.

(And I’m not the first one to make this comparison).

My little prognostication here (and certainly one that could be wrong) will require a short detour through the history of Nixon’s political career, including his presidency. Of equal importance will be an understanding of the group his downfall weakened, and eventually destroyed—the Liberal, or Rockefeller, Republicans. At this point, this may all seem a little strange. But Nixon was something like a late-60s and early-70s Trump, whose decisions helped to cement an ongoing shift in the GOP. The questions before us are: if Trump and Nixon are analogues, what does that mean for the Republican Party? What does that mean for Liberalism?

On to the parallels: in 1968, Nixon ran to the Right of distinguished Northern Republican and aging head of the GOP Liberal faction, Nelson Rockefeller. Even as Nixon was flanked to his own Right by Ronald Reagan (who entered a bit too late in the game to really compete), he trounced the oil patriarch. Rockefeller represented an aging form of Republicanism, one identified with environmental conservation, business efficiency, anti-discrimination laws, tax hikes, union ties, and (occasionally) opposition to Vietnam:

His [Rockefeller’s] spring campaign accentuated issues with more national than conservative appeal. He talked about “restructuring” and “streamlining” the “federal establishment” so that “the government is able to deliver on its major policy objective.” He called for a massive new federal commitment of $150 billion over ten years in new spending for America’s cities—$100 billion of which would come from an “aroused citizenry and a proud government.”

And he refused to back down from his long-standing pro-civil rights record. “This would insult not only my integrity, but your intelligence,” said Rockefeller at a speech in Atlanta.

Rockefeller’s move leftward became even more pronounced after Kennedy’s assassination. “I think the people who supported Bobby Kennedy are going to come to me now,” he confidently told his staff. Rockefeller’s speechwriter Joseph Persico would archly note, “No Kennedy supporters were going to be delegates to the Republican convention.” (Oxford University Press) 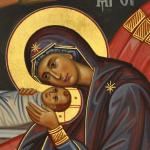 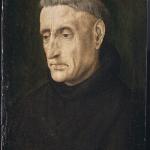