First and foremost, we must pray for the victims, their families, and the assailants themselves. This is inarguably the Christian response: to hold up the innocent and the malicious in hope before a merciful and just God. But prayer, as Pope Francis has reminded us, is also a question of action, of uniting ourselves to the will of God such that we carry it out in this broken world.

I am a graduate student; technically, I’m a literary critic. More broadly, I analyze and critique things. I think about how ideas a represented, the shapes they take, and how those shapes and what fills them help us understand the world. In this sense, what I can offer as an “action” here is an analysis of the situation in New Zealand, of the shooter and what he stood for.

Many people have been arguing that he was indeed some kind of Leftist. He said very little (and at that only negative things) about capitalism and the power of corporations and business in our lives. He expressed admiration for China. He identified with Oswald Mosley, a fascist who, at a glance, stands quite far from Marco Rubio and Jeb Bush, not to mention Donald Trump. He is, after all, a self-declared “eco-fascist.”

Others think this is just a giant troll. He liked to be online; he knew how to shitpost well. As a result, some see the entire thing as an astute manipulation of the world’s major media outlets, left behind as they are, reacting based on now outdated principles.

The latter of these two is closer to the mark. But to really understand what he meant, we have to dig deep. We have to understand what “Right” and “Left” mean on the global stage, not merely in the US. Further, we have to make sense of new trends in internet theory and philosophy.

The truth is the shooter was a creature of Right-wing ideology of a sort that should detest any Christian. First, we have to explain what “the Right” is these days. Second, we must explore a seminal thinker or two in this tradition and relate such people to what the manifesto contains. Lastly, we need to consider how and why these positions are so seductive and what that can tell us about the future of Western politics, especially among Christians.

The United States is exceptional. Not in the way we typically mean that term. Its politics are exceptional, because they are divided into polarized wings that occupy the political center of basically every other European or would-be European country. Our politicians, for the most part, argue over what role the government should occupy in influencing markets. Republicans desire less interference in almost all ways, barring maybe the military. Democrats desire slightly more, hoping to develop some pale shadow of the social safety nets and robust governmental investments found in Canada and Western Europe. Both parties, however, center the debate on how and why the federal authorities might tweak existing—and dogmatically good—markets. Francis Fukuyama may have been wrong about history ending with democratic, capitalistic liberalism, but we in the United States have kept this dream alive longer than perhaps anyone else. The era of big government remains, as President Clinton announced, still over here in the land of the free.

But this is not the case in the rest of the world. There, to be on the Right is to be a fascist or a Nazi or a monarchist. To be on the Left is to be an anarchist, a Marxist, or some other sort of socialist. Each of these groups fundamentally desires to upset and then transform the liberal democracy we so deeply value. The center, in these countries, is our entire political spectrum, pushed a bit to the Left. There technocrats of varying sorts debate how best to adjust existing structures, how most optimally to patch markets and bring additional growth. These people are the gatekeepers of capitalism and its liberal values; they seek to defend it from the excesses of fascism and Marxism, as does just about every major American politician, even AOC and Donald Trump.

The shooter in this case was not American. Our attempts to use the American political spectrum to evaluate him are naïve at best and disingenuous and face saving at worst. He may have identified as an “eco-fascist,” but the key term there is “fascist,” not “eco.” The environment and climate change are not so hotly debated between center-Right and center-Left in other countries as they are in the US. To believe in human-induced climate change is not merely the purview of the Left in most of the world. Fascists, however, are always of the Right, as is the desire for some ethnically-homogenous homeland, organized along racial principles. That is an attempt to challenge and re-shape the existing Liberal order along nationalist, rather than globalist or internationalist, lines. In other words, this guy is not of the Left. He’s from the Right, which is an issue with which the shitposting portions of the Right-leaning internet will need to reckon with. 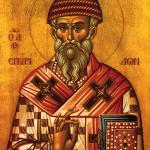 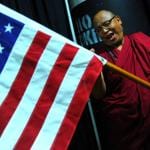 March 20, 2019 Secular Religion and Our Liberal Future
Recent Comments
0 | Leave a Comment
"I still find his thoughts on supermen versus slaves to be monstrous."
Ame Nietzsche and Me
"How can an institution say they are Christian, and yet not embrace fair employment practices?This ..."
fractal Abusing Religious Liberty
"I’m an adjunct faculty member at two Montréal universities. Particularly in the case of Concordia ..."
Shaun G. Lynch Abusing Religious Liberty
"WOW. "The court's decision has made it possible--even economically advantagious--for Catholic universities to sin." Bravo ..."
Jane Harty Abusing Religious Liberty
Browse Our Archives
Follow Us!