Secular Religion and Our Liberal Future

A debate has been unfolding in the (digital) pages of Church Life Journal: Troutner v. Waldstein, Post-Liberal theology v. Integralism, old v. new. Define it how you will, this back-and-forth reflects larger questions in our culture. These questions are fundamentally about our future—what and who we will become, what sort of world our children will see. As post-war prosperity followed the political instability of the Depression, so we ineluctably speculate about what follows after Trump, Orban, Brexit, and all the rest. Is Liberalism dying? Does it matter? If so, what strange monster slouches toward Brussels or D.C. or Beijing to be born?

Considering that Liberalism and religion have had to live together, and have even come to influence one another, these issues affect our faiths too. Reform Judaism, Unitarian Universalism, many Mainline Protestant Churches, Liberal variants of Islam—all of these have been influenced by the ideologies of the past couple of centuries. They represent attempts to bring older faiths into easier dialogue with the secular public square. Even the post-Vatican II Catholic Church has not escaped unscathed, both on the American Right and the American Left. If Liberalism itself is in danger, what does that mean for the faiths that have capitulated to, or at least been transformed by, it?

For starters, let’s look at the conversation surrounding Troutner’s piece; it serves as a good introduction to the problem. In essence, as he sees it, we are at a crossroads. Liberalism isn’t doing so well; the much-derided “end of history,” culminating in post-Soviet global capitalism, has not come to pass. Instead, we see discontent reminding us of the late 60s and 70s far more than the 80s and 90s. Integralism has arisen as one authentically-Catholic possibility for the uncertain future. The term is hard to pin down, but Troutner settles on the following:

Integralists correctly note that liberalism’s neutrality conceals a bias. The maintenance of a neutral public square forbids the dominance of any thick conception of the good not shared by all. This quickly leads to the privatization of religion and the secularization of society, manifesting liberalism’s hostility to any religion which sees itself as more than a private concern. Liberalism decrees that the good life consists in the freedom of private, self-chosen ends. Since this vision is inscribed in the procedures of political debate itself, it is placed beyond dispute. Rather than a neutral umpire, liberalism is, according to historian and post-liberal theorist Andrew Willard Jones, “the Confessional State par excellence,” dictating terms to all other faiths by stipulating which ends and means are legitimate.

As integralists tell the story, 20th century Catholics, especially in America, welcomed liberalism with open arms, renouncing dreams of a confessional state for the promise of a free market of ideas within which Catholicism could flourish. Having failed to heed the prophetic warnings of the 19th century popes, faithful Catholics are now realizing that their birthright has been sold for a mess of pottage. Liberalism’s neutrality is not only feigned but also conceals the spirit of Antichrist. Integralists argue that if Catholics do not dictate terms, others will dictate to them. They believe Catholics have no other choice but to renounce liberalism and advocate a Catholic regime, a societal order which promotes both temporal and eternal ends, integrating them by subordinating the lesser (temporal) power to the greater (spiritual) power. Some envision a throne and altar monarchy, others a confessional state, and still others the harmonious integrated social order of an era “before Church and state,” exemplified by the 13th century kingdom of Louis IX. Regardless, integralism announces the return of a politics of ends, declaring war on secularism in the name of theological faithfulness. (“The Integralist Mirroring of Liberal Ideals”) 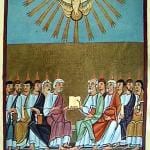 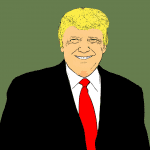 March 29, 2019 Donald Trump, Literature Lover
Recent Comments
0 | Leave a Comment
"This is better than 99.99% of the stuff I've read on this topic.The problem is ..."
Theodore Seeber Catfish: Five Years On
"What does this have to do with Catholicism?"
Cbalducc Liberalism, or Rule by Technicality
"I am completely unclear why you are using the word "liberalism" to mean something completely ..."
Iain Lovejoy Liberalism, or Rule by Technicality
"Yes, the end of empire stales the imagination and disables creative and effectual alternatives to ..."
CorneliusFB In the Ruins of Decaying Empire
Browse Our Archives
get the latest updates from
Jappers and Janglers
and the Patheos
Catholic
Channel
POPULAR AT PATHEOS Catholic
1

Unmasked: Pride, Malice, And The Spirit...
A Little Bit of Nothing
Related posts from Jappers and Janglers