If Catholicism came to Latin America with conquistadors, evangelicalism has found its way southward through men in suits hawking some combination of Pentecostalism and the prosperity gospel. The relationship between elites, highly Americanized pastors, and the contemporary rise of right-leaning politics in the Global South is no accident. It has definite historical origins that have affected both the rise of Jair Bolsonaro and the recent regime change in Bolivia. Whatever one’s opinion on Evo Morales, it behooves us as people interested in our changing world to understand these relationships and the future they portend for countries once thought to be on the precipice of economic and social revolution.

Half a century ago, America decided that the Catholic Church in Latin America was a problem, nowhere more so than in Brazil. Whatever the excesses of liberation theology, its attitude toward structural change was wholly unacceptable to a liberal world power bent on curbing anything that gave off even the faintest whiff of Soviet alignment. These politics got St. Óscar Romero killed. Less noticeably, however, they transformed the religious outlook of much of Central and South America. One case study will help us see how.

In 1969, long after an earlier form of evangelical Christianity came to Brazil with ex-Confederates looking for a place to maintain their way of life, Nelson Rockefeller was dispatched to Latin America as a special envoy. After this tour of duty, he released a report, which, among many things, warned of the Catholic Church’s perfidious, anti-American influence in the region:

Following his southern trip, Nelson prepared the “Rockefeller Report on Latin America,” which, among its other recommendations, identified Catholic liberation theology as a threat to the national security of the United States.

Under the heading ‘The Church’, the report states that “Modern communications and increasing education have brought about a stirring among the people that has had a tremendous impact on the Church, making it a force dedicated to change – revolutionary change if necessary. Actually, the Church may be somewhat in the same situation as the young – with a profound idealism, but as a result, in some cases, vulnerable to subversive penetration; ready to undertake a revolution if necessary to end injustice but not clear either as to the ultimate nature of the revolution itself or as to the governmental system by which the justice it seeks can be realized.”

By the 1970s, an effort was underway, most especially through the Rockefeller Foundation and its attendant organizations. A missionary organization called “The Summer Institute of Linguistics” (SIL) or “The Wycliffe Bible Translators” became tied up in anti-indigenous violence in the region, often accompanied by environmental destruction in the name of development. And this was, for all intents and purposes, supposed to be a Protestant religious organization! A strange web of American economic interests, religious fundamentalism, and colonial political maneuvering came into being, with SIL, as only one part:

Wycliffe was founded by William Cameron Townsend who the authors accuse of destroying indigenous peoples’ cultural values to abet penetration by U.S. businesses, employing a “virulent brand of Christian fundamentalism that used linguistics to undermine the social cohesion of indigenous communities and accelerate their assimilation into Western culture”. The authors argued that SIL was effectively a scouting party that surveyed the Amazonian hinterlands for potential sources of opposition to natural resource exploitation such as cattle ranching, clear cutting and strip mining, among native populations. SIL had actively whitewashed massacres of Indigenous groups by Brazil’s Military Regime and even allowed its Jungle Aviation & Radio Service (JAARS) base in the Ecuadoran Amazon to be used by Green Berets who were combing the forest for signs of armed insurgency.

The book became a target for criticism from none other than Lincoln Gordon, a personal friend of the Rockefellers and US ambassador to Brazil in 1964, when he conspired with the coup plotters. In response, co-author Gerard Colby, interviewed by the Folha de S. Paulo newspaper in 1996 said “After the coup, not only was Brazil’s destiny undergoing immense change, but the Amazon and The Indians were opened up to even greater genocide. And Nelson Rockefeller knew what was happening inside the country. What does he do? He travels to Brazil in 1969, meets directly with the military leadership, receives the National Intelligence Service report … and next you see Nelson asking for support for what he calls the “new military” to be the vanguard of development.  A Military that would promote things like the Transamazonica Highway. Not surprisingly, in 1972, you read in the New York Times Nelson’s cousin, Richard Aldrich, who was then the president of the Brazil-United States Chamber of Commerce, enthusiastically stating “This road is terribly important for the development of the interior. It is already bringing people and will make raw materials much more accessible to the outside world.” (“Thy Will Be Done: Brasil’s Holy War”) 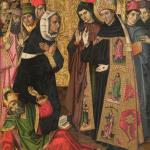 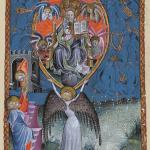