It’s weird to be a young man in times deemed “frightening” or “aberrant.” Does the child growing up in a warzone think war is anything but normal? Can a young adult think Trump is “strange” when the dynamics behind his presidency—and the opposition to it—seem to have been in play since at least 2008, if not 2004? Still, if I abstract from my fairly limited experience, I can see that these are odd times—odd times that can teach us lessons about the way of things. This post is an attempt to grasp one of those lessons.

The last four years have rung the death knell of liberalism over and over again—Trump’s election, Bernie’s campaign, an increase in those identifying as socialists, the rise of “illiberal” factions in both political parties; examples proliferate. This does not necessarily mean liberalism is finished—it could be that Mayor Pete is our next president. Rather, these events signal that the realm of politics is a realm of power, not merely of respect and procedure. Those norms, in fact, are intended to disguise the awful, naked face of power.

My father was born in 1948, the beginning of the great American Century, during which the parties realigned, but remained committed to dialogue, remained interested in wheeling and dealing with one another. Most Americans remember only this time, whether in its Cold War form or in the guise of the liberal triumphalism that followed. Representative democracy is an intrinsic good; bipartisanship is a must—so went the truisms of that age. Understandably, it’s a bit hard for older folk to come to terms with this shifting reality. When you learn to trust Walter Cronkite all your life the world now seems very strange indeed. It tears into competing camps of angry dads recording gun videos in their pick ups and young genderless urban folk using words like “polycule.” Nevertheless, the change is here; what came before merely disguised the forces now at work.

Liberalism, in other words, always worked as a way to restrain bald power, to channel it, and, thereby, hope to control it, dilute it. This is no secret, though it’s rarely put so plainly. Madison makes this plain enough in “Federalist 47”:

HAVING reviewed the general form of the proposed government and the general mass of power allotted to it, I proceed to examine the particular structure of this government, and the distribution of this mass of power among its constituent parts. One of the principal objections inculcated by the more respectable adversaries to the Constitution, is its supposed violation of the political maxim, that the legislative, executive, and judiciary departments ought to be separate and distinct. In the structure of the federal government, no regard, it is said, seems to have been paid to this essential precaution in favor of liberty. The several departments of power are distributed and blended in such a manner as at once to destroy all symmetry and beauty of form, and to expose some of the essential parts of the edifice to the danger of being crushed by the disproportionate weight of other parts. No political truth is certainly of greater intrinsic value, or is stamped with the authority of more enlightened patrons of liberty, than that on which the objection is founded.

The accumulation of all powers, legislative, executive, and judiciary, in the same hands, whether of one, a few, or many, and whether hereditary, selfappointed, or elective, may justly be pronounced the very definition of tyranny. Were the federal Constitution, therefore, really chargeable with the accumulation of power, or with a mixture of powers, having a dangerous tendency to such an accumulation, no further arguments would be necessary to inspire a universal reprobation of the system. I persuade myself, however, that it will be made apparent to every one, that the charge cannot be supported, and that the maxim on which it relies has been totally misconceived and misapplied. In order to form correct ideas on this important subject, it will be proper to investigate the sense in which the preservation of liberty requires that the three great departments of power should be separate and distinct. (“The Federalist Papers: No. 47”)

The whole point of separating powers (however unsuccessful it may have been) is to prevent tyranny, which is just another word for the bald face of power asserting itself. Tyranny, as Madison states, can be exercised by one, few, or many; Aristotle was of the same opinion. In this last century, we grew so comfortable with our state of affairs that we forgot this, forgot that tyranny is always around the corner. Sure, some Tea Partiers and the like accused Obama of tyranny, but that’s not quite the same thing; both the GOP and the Democrats have long abused the separation of powers. Trump loves an executive order; Bush’s torture regime is shady, to say the least. Tyranny here, then, is not just the collapse of the checks and balances of the existing order, it’s the thing always extending and consolidating itself behind the scenes, always pursuing its ends, even if behind the mask of representative government.  The successes of our liberalism obfuscated this, but they could not erase it. 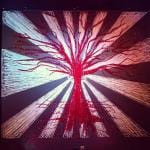 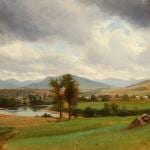 December 5, 2019 Confessions of an Ironic Structuralist
Recent Comments
0 | Leave a Comment
"I am completely unclear why you are using the word "liberalism" to mean something completely ..."
Iain Lovejoy Liberalism, or Rule by Technicality
"Yes, the end of empire stales the imagination and disables creative and effectual alternatives to ..."
CorneliusFB In the Ruins of Decaying Empire
"Then 80% of of will be equally miserable poor people. The 20% who are more ..."
bill wald Christ Forgives Debts, so Should We
"DISAGREE! We are required to forgive personal sins (trespasses) made against our persons. We are ..."
bill wald Christ Forgives Debts, so Should We
Browse Our Archives
get the latest from
Jappers and Janglers
Sign up for our newsletter
POPULAR AT PATHEOS Catholic
1

Fetal Cell Lines Are Not Continual...
Through Catholic Lenses
Related posts from Jappers and Janglers