Ode to the Mood Movie

Despite my hopeless pride in coming from New Jersey (being a Raiders fan, despair comes naturally to me), I missed the boat on Zach Braff’s Garden State (2004). I didn’t even really watch Scrubs (2001-2010), though it anchored many a conversation in middle school. In retrospect, I floated past certain aughts cultural touchstones because I was a content kid with older parents who watched sitcoms and reality TV. What was trending didn’t matter, except insofar as my mom got to experience the second coming of her favorite, Madonna, in Lady Gaga. My parents’ interests, however, are not why I didn’t catch Garden State back then. It took my wife sitting me down to watch the Braff’s melancholic love letter to New Jersey to understand—I never cared about being cool (I don’t say that with any pride; deep down, I can be naïve, a kind of blessing for high school, but a curse everywhere else).

Braff’s debut feature is a mood movie. It captures the essence of a subculture. Other films might participate in a trend or influence impressionable viewers, but a mood movie constructs an essence, a reference for all those who want to be cool like those in the movie are cool. As normally understood, invention needn’t be the name of the game. Mood movies “invent” in its older, rhetorical (I’m talking Cicero rhetorical) meaning—to locate the best arguments for a position and to select, arrange, and convey them, tailor-made for a specific audience. So it is with Garden State’s now-famous (or so I’m told) soundtrack, filled with artists I didn’t listen to in the aughts (too self-consciously cool for me—I was a KoRn fan) like the Kinks, Imogen Heap, and Ben Gibbard. Accompanying these then-contemporary musicians, older songs by tunes from Nick Drake and Simon & Garfunkel (I can hear the sad voices belting and the guitar strings twanging right now).

Selections aside, Braff’s approach to extra-diegetic music is trendsetting. The movie opens, for example, with Andrew Largeman (Zach Braff), an aloof, depressed bit actor and waiter, sitting on an airplane. At first, we don’t even see him; before us is the mayhem of a plane about to go down—fires breaking out, people screaming and tugging at one another. Emotionless and with a surgical remove, Largeman pulls his oxygen mask onto his face. But then—poof. He’s awoken by the sound of his phone ringing. This transition marks the first diegetic sound we have heard since the movie began. All the chaos and fear are purely visual, marking the contrast between Braff’s character and everyone else even more starkly, almost as if he had headphones in, blaring “Don’t Panic” by Coldplay as the world burned. In this movie, music isn’t presented, for the most part, to match a particular scene or to create some greater synergy. Rather, Braff’s choices foreground the songs, often establishing tone (that is, mood) and stealing us away from what would otherwise seem uninspired shots of weirdos riding bicycles. To watch Garden State is to listen to it. If you got that back in 2004, you identified with that incurious stupor and sought to emulate it.

Andrew Largeman is the model for the aspiring adherent—men are supposed to identify with him, while women are expected to yearn for him. Back in New Jersey from LA for his mom’s funeral, Braff’s character walks around like a zombie for much of the film; he wears a blank expression unchanged whether he’s speaking to his estranged father, running into old acquaintances, or meeting new ones at a party. Largeman is the sort of guy who talks in four-word sentences that sound quasi-philosophical and are met with a head nod and silence by the other party. At a townie party early in his trip, he’s handed a hit of ecstasy after he asks if “we’re all children” at the suggestion that they play spin the bottle. “This’ll take the edge off,” says the guy who gives it to him. He won’t do the cocaine offered him, but he will take this pill (a stimulant would be unbecoming for a true indie sleazer). Like in the opening dream sequence, our protagonist sits at the center of the shot totally in focus, the partying around him blurry and sonically eclipsed as music again isolates him in his own little world. We cut to the partygoers laughing, cheering, and kissing, then back to Largeman like Jesus in da Vinci’s The Last Supper (1495-1498). The bubble bursts, however, when the bottle lands on him. Uncomprehending, he simply greets the girl: what’s your name? How’s it going? That sort of thing. Everyone laughs. His diffident pompousness has held him aloof so far—always the person approached by townies trying to get a script made—but here he is the fool out of his element. The Largeman character requires a delicate balance: brevity of speech, wit, “depth,” and essential blankness. Silence and seeming arrogance mask a tender, feeling hart—this is a man capable of love not despite his stoicism, but indeed because of it.

His propensity for love needs discovering and drawing out. We learn that he was sent away at 16 and put on medication prescribed by his psychiatrist father that has made him feel dead for the last decade. Their estrangement has roots in a trauma I will not reveal, only to say that “rescuing” our protagonist will require someone remarkable (emphatically not the girl who nearly jumped them bones during spin the bottle). Enter Sam (Natalie Portman), who meets Largeman as he waits in his neurologist’s office, a service dog humping his leg. The bizarreness of the canine’s behavior cues Sam’s entrance; she represents all that is quirky, liberated, and alive. Though Garden State debuted before the term’s coinage, Largeman’s love interest is the quintessential manic pixie dream girl. A compulsive liar, someone who dances randomly with (somehow) both listlessness and deliberation, a person capable of shifting so rapidly from high seriousness to low brow humor that sometimes I couldn’t emotionally keep up—today we might say such a personage should try therapy or a massive sedative regimen. But here she is his perfect complement, the girl whose energy can awaken him from a decade-long sleep. Sam and her family are everything the Largemans aren’t. Where their house is lit in cold blues and whites, hers is warm, with walls painted orange and all the vibrancy of Pee Wee’s beloved playhouse. The Largeman’s home is empty and sterile; Sam’s has a quirky mom, an older adopted African brother, three Rottweilers (“who has time to train them?”), and a pet cemetery out back, where the love birds go to say final goodbyes to an unlucky hamster (unlucky, we learn, to have a manic pixie dream girl as an owner).

The plot becomes rote and predictable once the relationships are set in motion (friends, girlfriend). The movie’s music, however, plays on as ironic jokes and absurdities (e.g., Zach Braff, nearly covered in vulgar marker graffiti from the night before, glides into an MRI machine) keep coming. If you’re a believer by this point, these features will keep you engaged, confirming you into the final knowledge of indie’s sacred mysteries. Garden State’s message, divorced from these accoutrements, is no more than “romance matters.” But that’s because the details, the touches at the edge of the screen define the film.

In countless ways, Braff’s first feature feels like a dream from a lost time (that, at least for me, never was or only half-glimpsed out of the corner of my eye). We forget that the teenaged child trying to get off the meds forced on them by their parents was a kind of anti-authoritarian trope—Green Day for psychiatry, more-or-less. Now we pathologize and label like it’s going out of style. In some corners, I’m not even sure one can make a mistake and not be assumed to be a narcissist or to have BPD or another personality disorder. Meds are, if not a first step, not a last one. Braff’s character felt so foreign to me that I hated him at first. His blank expression somehow looked both plain and forced (Braff seems largely to have turned to directing these days—a good move in my opinion. His camera work beats his poker face handily). I had forgotten that the withdrawn, brooding, smart, deep boy was an archetype to which people aspired back then. The visually absurd leather helmets that have to be worn at the office, random dancing, quirk for quirk’s sake—all these were long out of my mind. Seriousness, then, always had to to be an ironical, comic mask until the time came for a full confession from a character’s heart. Today in mainstream movies humor most often undercuts seriousness, similarly creating a distance, but largely so that characters can be cutesy and marketable, and so the film never stops being “fun.”

The big picture here is the loss of the mood movie. The late-60s-erly-70s generation had Easy Rider (1969), the 80s had Wall Street (1987), even my micro-generation looked up to Superbad (2007), even if we didn’t quite try to emulate it. Garden State did not invent the dreamy indie mood that endured for a decade plus, but it did synthesize it. Though I may find the plotting predictable, the romance cliché, and the rapid emotional swings disorienting, I enjoyed it for that reason. It’s a well-made movie that calls to mind times and places long gone. What defines us now? For teenagers, probably TikTok or a video game, not a movie everyone goes to see. Paradoxically, the internet allows for both greater homogeneity and the multiplication of subcultures—a perfect recipe for the death (dare I say murder) of the mood movie. Rest in peace you twentieth-century mainstay. We’ll always have the Vans and skinny jeans (or the bell bottoms and the leather jackets, or the suspenders over a white-collared blue dress shirt). 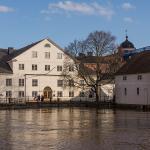 January 22, 2023
The Greatest Christmas Story Ever Told
Next Post 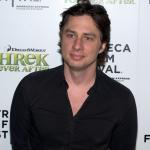 January 23, 2023
Recent Comments
0 | Leave a Comment
"Doesn't it complete the cycle? Isn't it also about redemption?"
alwayspuzzled Eden Undone
"Elizabeth Taylor starred in more oddball movies than I ever realized. I just watched 'Secret ..."
Jack Elizabeth Taylor’s Roman Holiday
"The above article seems to overlook the story behind the Codex Sinaiticus--of which its complete ..."
Glenn Kleier Which is the Original Bible? Is ..."
"For me, it was the band Smashing Pumpkins (such a total pumpkinhead that I dressed ..."
Ame Everybody’s Got Theirs
Browse Our Archives
Related posts from Jappers and Janglers 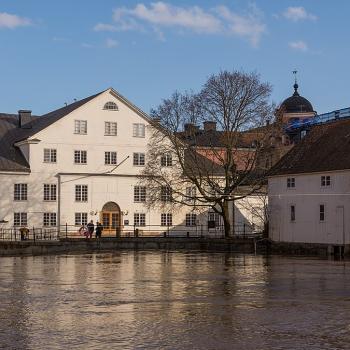 Catholic
The Greatest Christmas Story Ever Told
Jappers and Janglers 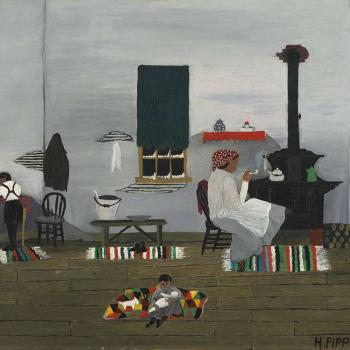 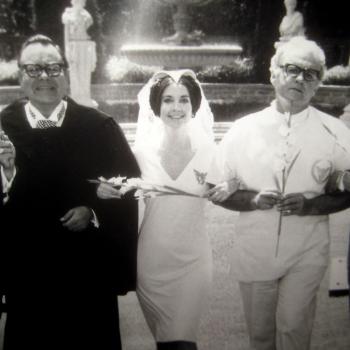 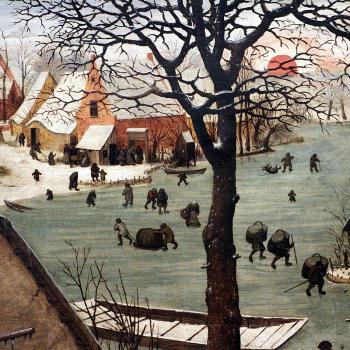