Ephesians 4.17: Now this I affirm and insist on in the Lord: you must no longer live as the Gentiles live, in the futility of their minds.

We tend to look at passages like this, analyze them, and preach and teach them based on our understanding.  We often preach about processes of personal maturity or integrity.  People just need to become what they believe.  However, this passage is not so easily understood, if we take into account the life and times of Paul, and other similar cultures today.

Many cultures in the world (i.e. from Africa to Japan) hinge on the constructs of public honor vs. public shame.  These are called shame-based cultures, in contrast to cultures in the West that function because of guilt.  Guilt is internal.  Shame is external.  I can sense guilt, even if no one else knows what I have done wrong.  Shame comes from my peer group, my context, those around me, from the public.  I lose my honor.  I lose face in my social network.[1]

Not only are individuals honored or shamed, whole groups can be ostracized.  For instance, anytime, there is a “we,” then there is a “they” by default.  Religions like Judaism, Islam, and Christianity are therefore often called exclusivist religions.  We have standards.

The Hebrew Bible is full of what we might call boundary making.   These standards reveal what it takes, not only to be an Israelite, but also to be an Israelite walking in the favor of the Lord.  These boundaries also set a line between the Israelites and the Gentiles (all other nations).

ii. The non-Christian Gentiles are being shamed

Paul does the same thing in this passage.  He writes to Jewish and Gentile Christians, but he speaks against non-Christian Gentiles.

In a way, the non-Christian Gentiles are being shamed.  This is clear from the start.  Paul says they live “in the futility of their minds” meaning that their minds are subject to the devil or to the vanities of this life.[3]

Ephesians 4.18-19: They are darkened in their understanding, alienated from the life of God because of their ignorance and hardness of heart.  They have lost all sensitivity and have abandoned themselves to licentiousness, greedy to practice every kind of impurity.

First of all, “They are darkened in their understanding” (verse 18).  They don’t have the ability or the faith to make decisions about right and wrong.  They’re not in the light.[4]

Secondly, they have started down a slippery slope.  This is a digression.  First, they turn a deaf ear toward God and harden their hearts.  Second, they lose “all sensitivity,” or become desensitized.  Because they are overexposed to sin, they are no longer sensitive to its evil.  Third, they give themselves over to various impurities.  Fourth, this results in a further hardening of the heart, and a complete lack of remorse.[5]

I believe this is really a cycle of sin, making their hearts harder and harder.  As a result of this sin cycle, they are shamed, banished from fellowship, and “alienated from the life of God” (verse 18).

Paul could have chosen any sin, and he does list other sins in other places.  However, Paul writes about sexual sins.  Instantly, those who are Jews understand because they must keep themselves pure as a race.

They “have abandoned themselves to licentiousness” (verse 19).  This is sometimes translated as lasciviousness, which is an eagerness for lustful pleasure.  It is not always the lust of the eyes or flesh, but can also be found in many forms.  I think our music industry makes a lot of money off of licentiousness.  Our music is saturated with it.

They are “greedy to practice every kind of impurity” (verse 19).  Greedy can also be translated as coveting, like when we covet a forbidden desire.  Practice and impurity are both words that refer to the physical.  Impurity can be translated as unclean.  They toy with various lusts (licentiousness).  Then they covet what they can’t have, make some plans, and put them into action.

iii. This is purity language like we find in the Hebrew Bible

Lines have already been drawn, setting Israel apart from pagans and sin, and apart unto God.  Now Paul also forms a boundary for Gentile Christians.  These sins separate them from their old life and from their pagan neighbors.  When Paul names these types of sins, he draws a line in the sand.

iv. Ephesians 4.20: That is not the way you learned Christ!

This brief verse stands in contrast to all the wicked ways of the Gentiles.

First, the word “you” sets us apart as the readers.  Any time there’s a “we” then there is by implication a “they.”  We’re not in that other group, although we came out of that group.

Second, although we once were ignorant and in darkness (verse 17-18) we have now begun to learn.  Our minds have been opened to the Spirit.  This is salvation language!

Third, we are restored to fellowship, no longer alienated (verse 18).  We are learning about Christ the person, while in relationship with Him.  This also means that we are learning in the community of Christians.

Paul’s answer is not to try and cause a revolution to overthrow the Gentile culture and world.  It is a shame-based culture, a system that exists based on group honor and norms that are held so highly, that individuals simply conform.

Paul’s answer is not to revolutionize society, but to reform Christian culture.  What does Christian education, discipleship, and community look like, if we draw some lines in the sand, and if our minds are opened to Christ? 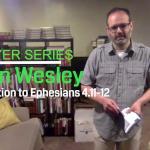 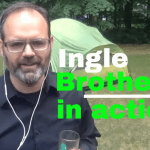 July 8, 2019 Ingle Brothers in Action
Browse Our Archives
get the latest from
Jared Ingle
Sign up for our newsletter
POPULAR AT PATHEOS Evangelical
1

How to Explain Advent to People...
Ponder Anew
Related posts from Jared Ingle 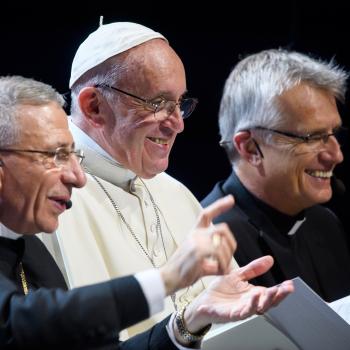 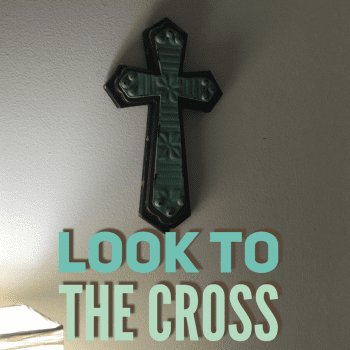 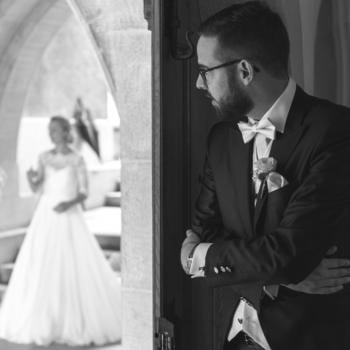