Today in our worship setting, I intentionally took time to follow the themes of faith, hope, love, and baptism in our initial set.

The call to worship was “One Thing Remains.”

As far as I know, the song was first released by Jesus Culture, Bethel Redding.  Chris Quilala sings: CLICK HERE

The chorus builds, with His love never fails, never gives up, never runs out on me.

The second song is “Good to Me,” highlighting the steadfast hope that we have in Christ.  Audrey Assad sings.  To listen: CLICK HERE

We shifted into another song that really carries both the meaning of faith and baptism.  However, before we sang it I shared this thought about baptism.  From the Bible and the earliest church memories, the virtues are evident in the life that is committed to God.  The Bible has many virtue lists in both Testaments.

The early church believes that at baptism, the virtues of faith, hope, and love are granted to the new believer.  The other virtues follow suit as the Christian continues to develop.

I explained to the congregation that I’m not sure how this ancient tradition began, but I believe there is something to these ideas.  Think about starting with the basics.  What is needed?  What will remain throughout eternity?  1 Corinthians 13 makes it clear that faith, hope, and love have stood the test of time, and these 3 virtues will remain, meaning they are eternal.

With that in mind we sang “Holy Water,” by We the Kingdom, a song about our Christian faith and baptism.  They have a couple powerful renditions of this worship ballad.  To view the one featuring Tasha Cobb Reynolds: CLICK HERE

Let me say right here, I will not reduce Baptism to a metaphor for something physical.  There are some who do, and I certainly do not fault them for allowing it to minister to them in various ways.  As for me, I believe that Baptism, along with the Lord’s Supper, carries the weight of the sacred.

With that disclaimer, I realized this week as I was preparing for worship, that these three virtues were also evident in some new releases I have been tracking.

I first heard Jillian Edwards at a Steven Curtis Chapman Christmas concert (SCC).  Jillian is actually SCC’s daughter-in-law, but she is also an accomplished musician and singer-songwriter.  On a side note, I got to see Geoff Moore as well.  He appeared about halfway through the concert from backstage to sing some old stand-by’s with SCC.  SCC said “This is my Christmas gift to you.”

Jillian’s song “Meadow” expresses the simplicity of a loving relationship.  It also communicates great meaning from the vantage point of recalling her childlike faith: CLICK HERE

There’s a fine line between putting away childish things vs. guarding that childlike faith.  Her song stirs up many memories of my growing faith years ago in Ashland.  No matter what I have become in Christ now, no matter all I have come to understand, I still draw on the simplicity of my faith then.

I know we’re Christians, but there’s something amazingly real about how Sara Bareilles writes. When her song “Someone Who Loves Me” was released, I think it described a part of my wife’s life back then that she wasn’t sharing too much with others.  That is how I understood her communications, although Sara and Crystal definitely have their own languages and ways of expressing reality.  However, they are both very real.

I don’t see a lack of faith in Sara’s 2 songs, but rather glimpses of faith, hope, and love. We Christians think those 3 virtues go well together.

I haven’t seen the show associated with this album.  I don’t know the storyline.  However, these 2 songs intersect with my narrative, and I’m grateful.

Can Christians sing about the fun of romance?  Who better??!!  Sarah Reeves is already known for worship, and also some type of pop-indie.  Now she has released a romantic album in 2020.  I’m highlighting her song “Easy to Love,” with an unashamed, playful approach.  I appreciate her hints of real hope and gentle charity as well!

Few couples (like the one in the featured image) can balance Christian charity, Christian piety, acts of mercy, and the other vibrant forms of love (there are 4 Greek words for love).  We have been blessed to be surrounded by some of these families.  It is also a gift or virtue that I am grateful to share with couples who have seen me for pastoral care or counseling through time.  It’s really the Holy Spirit who ministers through these 3 virtues to you and to me, to our families, churches, and those around us.

I wish there was enough time in the moment to make a quick home movie of our little one and Crystal dancing to this song all over the living room the other day, so I could share or talk about it.

October 21, 2020
Aircraft Carrier vs. Destroyer | maneuvers & precautions of a small congregation
Next Post

October 26, 2020 Accept the Challenge & GO BIG!
Browse Our Archives
get the latest from
Jared Ingle
Sign up for our newsletter
POPULAR AT PATHEOS Evangelical
1

The 2021 SBC and the Cost...
Anxious Bench
Related posts from Jared Ingle 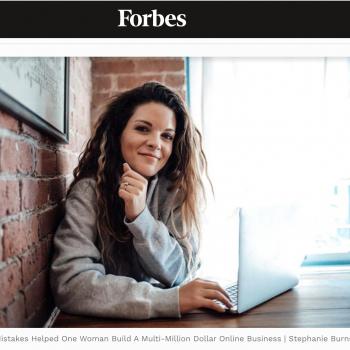 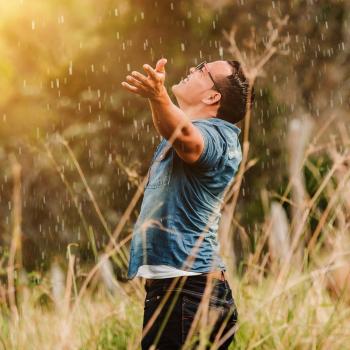