I like to think of myself as a sensible and sensitive person. If I visit your church and it turns me off, I’ll politely sit through the service. I’m not going to make a scene by standing up and walking out—with one exception. I’m walking the moment you start yelling from the pulpit.

I’m not talking about occasional bouts of passion. I’m addressing the aggressive, screaming that you can find behind many American pulpits. I know there’s some historic precedent for the preaching of “fiery” sermons. But here are a couple reasons I don’t have the patience to sit through a shouting pastor.

There are already unsettling questions about clerical authority. When you’re instructing a passive audience in an aggressively forceful manner, you’re communicating much more than whatever point you’re trying to make. Think about it. Who else in our lives shouts at us to make a point? A parent at the end of their rope? A terrible boss?

With a perceived power imbalance, shouting communicates domination. On any given Sunday, a minister never knows the complete history of people listening to him. If you were raised in a household full of aggression and yelling, having an authority figure screaming at you for 20 minutes creates an incredible amount of anxiety.

2. Shouting confuses people about God’s disposition toward them

Many people sit in churches around the world assuming the minister’s speaking on God’s behalf. Even though we need to regularly communicate that this isn’t the case, pastors still need to understand that people listen with this mindset.

The “prophet” mindset that encourages some church leaders to shout at congregants about their sin and God’s unhappiness may encourage attendance, it might even get people to feign obedience, but it will drive many of their hearts into hiding and away from God.

Much of the time, shouting from the pulpit is aimed at all of those sinners “out there.” Not too long ago I sat through a shouted sermon about sinners which included pejorative terms like “homos” and “retards.” I didn’t have the luxury of walking out, so I sat there clinching my teeth and struggling with tears.

It’s bad enough that we sit in church and feed this “us vs. them” mentality, but when we do so with that level of aggression, it sets the tone for how people interact with those with whom they disagree. There’s no reason we should, whether intentionally or not, encourage hostility toward anyone.

Aristotle laid out the three important parts of rhetoric:

Church is one of the few places where speakers regularly neglect the other modes of persuasion to focus on passion. It makes sense, it’s easy to appeal to emotions, especially when you’re talking about something so incredibly important to people.

In the end, it’s a waste. There are a lot of people who go to church regularly who are trained to only think and communicate about their faith with intense emotionalism. If you’re going to teach, do so. It’s lazy and ultimately counter intuitive to settle for getting people worked up.

It’s funny. Where else can you get by as a speaker just focusing on intense passion? As my friend Rich says, “Let’s see them try and pull that crap at Toastmasters.”

I hope I get to visit your church someday. Just know—the minute you start yelling at me, I’m gone. 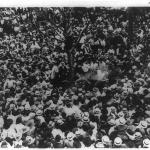 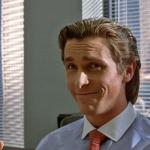 January 4, 2014 Dude, Quit Telling Me About Your Smoking Hot Wife
Recent Comments
28 Comments | Leave a Comment
"Good article. Thanks for sharing both your painful experience with the wrong response of some ..."
Mark Rethinking Hell: a Beginner’s Guide to ..."
"I've read reasoning like this from many atheists, one of them being Dan Barker a ..."
Arthur Hunter The Bible Passage That Helped Turn ..."
"Jeremiah 17:9–Is the Heart Desperately Wicked?Here are some thoughts on Jeremiah 17:9. That passage traditionally ..."
David Smith 3 Reasons Evangelical Christians Fall for ..."
"How do feel now that the CDC has reversed itself?The President and First Lady had ..."
Bob Shiloh 3 Reasons Evangelical Christians Fall for ..."
Browse Our Archives
Related posts from Honest to God