Dude, Quit Telling Me About Your Smoking Hot Wife

Every time I see it, I get annoyed but I wasn’t sure why. So I reached out on Twitter to see if I was the only one who felt that way.

What are your thoughts when evangelical guys talk about their smoking hot wives?

I was amazed at how many responses I received. Here are a few that really moved me.

@jaysondbradley A horrid trend. As a teen, every youth speaker said this about his wife & I wondered what chance I had for marriage.

@jaysondbradley It's a pet peeve of mine b/c as an intelligent "non hot" female in seminary it made me feel less than and at a deficit.

I honestly hadn’t thought about this aspect. Women, who culture has already made self conscious about their looks and body image made more anxious in their place of worship.

We gather together to worship. It’s the one place where we should be focused on the things we have in common. It’s wrong to allow ourselves to be divided by the qualities that culture places so much value in, whether it’s our tax brackets or our how we look.

I know the argument would be that she’s your wife and you’re doing nothing wrong by glorying in her beauty. That may be true—it’s also prudent to have a retirement plan, but there’s never any reason to share how much is in your 401k from the pulpit.

The truth is what you’re trying to communicate and what is being heard isn’t always the same. Constant comments about your wife’s appearance can make some women wonder if they’re ever going to be good enough or pretty enough to find a mate. It tells them, “When it comes to relationships, the things valued by Christian men are no different than the things valued by any men.”

@jaysondbradley unnecessary, uncomfortable for the wife to be pointed out as sexually attractive before the whole church, & harmful to women

Another consideration that needs to be made is how a publicly objectified wife must feel. Are her looks the most important thing in your relationship? I have read many Christian marriage books that would say so—that place the onus on wives to stay attractive to keep their potentially wayward husbands in line.

When your spouse’s attraction is always communicated in terms of physical attractiveness, how does every new grey hair, wrinkle, or extra pound feel? What about the potential of an accident that might alter her appearance?

What does the constant focus on mommy’s looks communicate to a daughter about her own value?

My feelings are that this phenomenon has nothing to do with our wives at all. We know what’s valued by others in the church and having a blemish-free, beautiful family increases how “godly” we look.

The need to publicly declare "look how much I love and desire my wife" is usually more about extolling his virtues than hers.

I always feel like males who constantly need to tell everyone how much they desire their wives are looking for something else. It tells other men that they should be jealous of their incredible relationship and says to women, “Look at how much I adore my wife—aren’t I a great catch?”

We all want you to have a good relationship! Tell her every day that she’s beautiful (without neglecting other wonderful characteristics), but don’t tell us. All you need to do to convince us how you feel is shown to us in how you treat her. 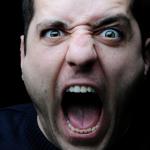 January 1, 2014
4 Reasons I Won't Listen to Shouting Pastors
Next Post

January 12, 2014 4 Ways to Hack Social Media for Spiritual Growth
Recent Comments
65 Comments | Leave a Comment
Browse Our Archives
get the latest from
Honest to God
Sign up for our newsletter
POPULAR AT PATHEOS Progressive Christian
1