What’s the Appropriate Christian Response to Your Racist Uncle? 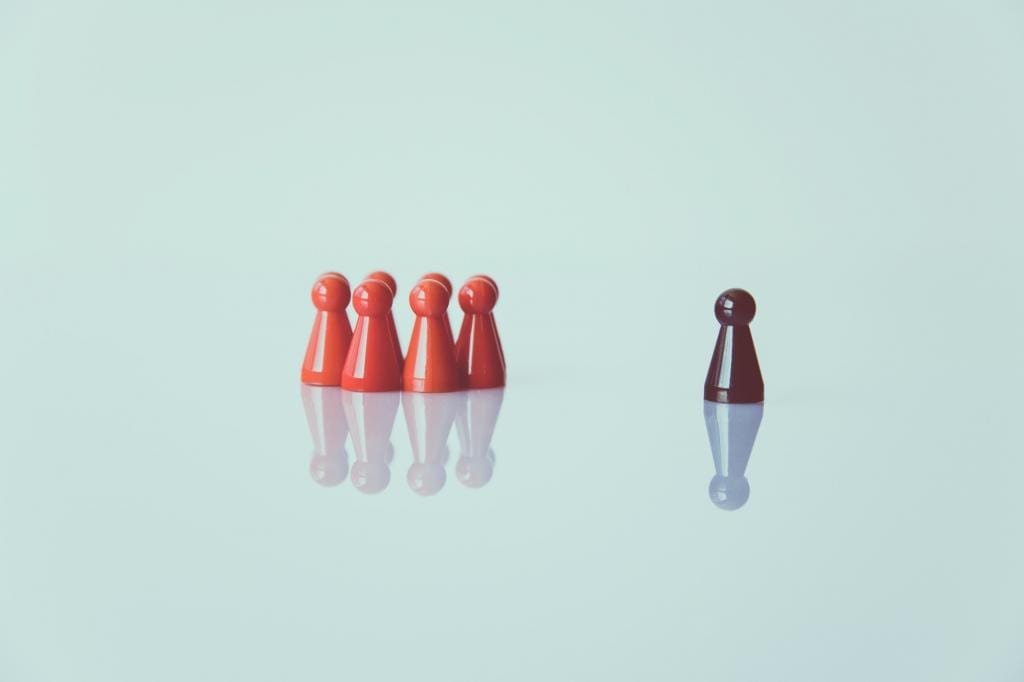 It’s not an easy time to be a reasonable person in America. The tension and frustration are so thick that you could spread it on toast, and it feels like ordinary interactions could erupt into violence at any moment. In the midst of this pressure, there’s a lot of discussion about what Christians should be doing to keep the peace. And in many ways, this only adds to the strain.

Well-meaning Christians often encourage us to work harder to understand where people are coming from. If we tried to understand the fears that motivate them, we could reason with them and find common ground.

On some level, this is good advice. Some people just haven’t put much effort into genuine dialogue. And they should probably think about ways that they can communicate better.

But many of us are in the minority in their families, churches, and towns. And it can be painful that the expectation is on us to make sure everyone gets along—no matter how cruel, aggressive, caustic, and triggering their opinions and behaviors are.

Is it really the job of the Christian to make sure everyone understands where you’re coming from and to encourage everyone to get along? That’s not what I see when I look at Jesus.

What was Jesus’ view of peacemaking?

It was Jesus who said, “Blessed are the peacemakers.” But what did he mean?

A lot has been said about the difference between peacemaking and peacekeeping. Peacekeeping is all about creating consensus and finding a way for everyone to get along. That’s not what Jesus was suggesting.

Jesus didn’t demonstrate any interest in keeping the peace with the Pharisees, Sadducees, lawyers, chief priests, or Sanhedrin. In fact, he went out of his way to wind them up. His disinterest in their point of view would eventually get him crucified.

Here’s the thing. Jesus was only interested in God’s perspective. If someone was open to readjusting their perspective to correspond with Yahweh’s, they could be at peace with Jesus. If they refused to, they would find themselves at odds with Jesus. This choice was up to the people who opposed Jesus. When a Pharisee named Nicodemus came to Jesus with an honest desire to learn more, Jesus was open and accommodating (John 3:1–21).

What about the people close to Jesus?

Jesus’ relationship with the Pharisees is low-hanging fruit. It’s easy to point the tensions there. Surely, Jesus worked harder to ensure that people close to him understood where he was coming from. Right? Not really.

As Jesus is going around the countryside, attracting huge crowds and drawing the ire of the Pharisees, his family is beginning to think that he’s gone mental. Mark’s Gospel tells us, “When his family heard about this, they went to take charge of him, for they said, ‘He is out of his mind’” (Mark 3:21).

Jesus didn’t spend a lot of time trying to align with people who wouldn’t or couldn’t get it. His family was now the people who his message resonated with, the people who saw beyond their cultural perspectives.

This was precisely what Jesus meant when he said:

Following Jesus creates tension. There’s no way around it. On some level, we need to accept this as the truth. We can focus on repairing this tension, or we can build his kingdom, but we can’t always do both.

Obviously, Jesus didn’t want to strain his relationship with his family. But he knew that the only way he could keep that relationship tension-free was to stop doing what he was doing. He’d have to trust them to come around.

When John the Baptist (Jesus’ cousin and the person he called the greatest prophet) was languishing in jail, he was hearing all kinds of rumors about the sinners Jesus was hanging out with. And how the Lord was picking up a reputation as a drunk and a glutton. On top of that, he isn’t keeping the law the way John did.

John sends some of his disciples to Jesus. He wants to know if he made a mistake. “Are you the Messiah or not? Because you sure aren’t acting like it.” Jesus’ response isn’t to rush to Herod’s prison and ensure John understands what’s happening. He tells John’s disciples to go back and tell him to pay attention to the fruit. Then he adds insult to injury with, “Blessed are you if you’re not offended by me” (Matthew 11).

He turns to the crowd and says positive things about his cousin, but the message John receives is almost dismissive. But again, to fall down the rabbit hole of trying to help John understand would take him away from his focus.

Jesus wasn’t above being cryptic. Mark says that he used parables to weed out people who had no interest in understanding him. John demonstrates this in one particular story about Jesus.

The Lord has already fed a crowd of 5,000+, and now they’re following him around. Jesus ratchets up the tension by pointing out that they’re only following him for free bread. He then proves it by speaking in riddles and pissing them off.

He calls himself the bread from heaven sent to fill their emptiness. When that doesn’t sit well, he doubles down by telling them that this bread is his flesh, which they have to eat if they want to live forever. This isn’t Jesus trying to be understood. He’s proving his point by weeding out everyone who isn’t interested in understanding what he’s about.

John informs us that many of the disciples Jesus had amassed turned away and quit following him. Jesus didn’t chase them down, screaming, “Hold up, everyone. Let me explain what I meant.”

On the contrary, he turns to his twelve closest disciples and asks, “Are you leaving, too?” (John 6)

He knew that everyone was in a specific place in their journey. Maybe they’d come around later and return. If so, there’d be a place for them. But if they didn’t, Jesus had a job to do—and it wasn’t making sure no one was upset with him or didn’t understand what he was doing.

Jesus focused on the goal

Here’s where I think we’re making a big mistake. Loving your enemies doesn’t mean that you’re always at peace with them. That would be unhelpful. If someone’s hellbent on nursing their racism or homophobia, it does me no good to sit and bicker with them in an attempt to manufacture common ground. On top of that, it does a disservice to friends who need me to advocate for and protect them.

The moment I aligned with Christ, my life became about bringing his kingdom to life around me. My family is those who are aligned in this mission. We need to do what God has called us to do without spending so much time focused on the unhelpful and dangerous opinions of people around us.

Thankfully, the best argument we have at our disposal is the work. Doing justice. Loving mercy. Walking humbly. When our loved ones actually see the fruit of justice and the peace that comes from pursuing our calling, they’re much more likely to get on board—or at least want to understand. And if not, that’s their problem.

February 12, 2021 No. You’re Not Getting “Canceled” for Being a Conservative
Recent Comments
0 | Leave a Comment
Browse Our Archives
Related posts from Honest to God